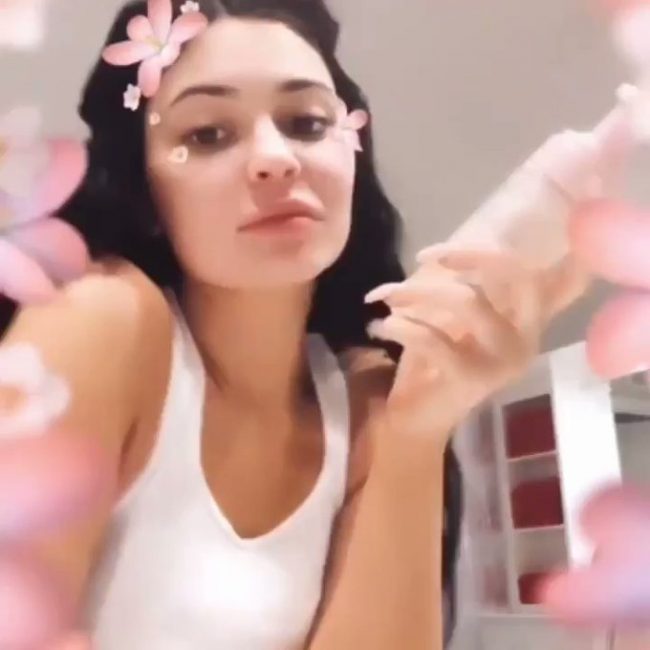 Since the launch of Kylie Skin was announced people have taken to social media to drag the billionaire darling, primarily over the release over the “Walnut Face Scrub,” which retails at $22. The highly anticipated (and highly side-eyed) first launch of Kylie Skin that dropped last week included the Walnut Face Scrub, Foaming Face Wash, a toner, a serum, a face moisturizer, and an eye cream. In a nutshell (no pun intended), skin-care enthusiasts aren’t happy about the fact that she’s selling a product that could inflict long-term damage on the face, such as tears in the skin. 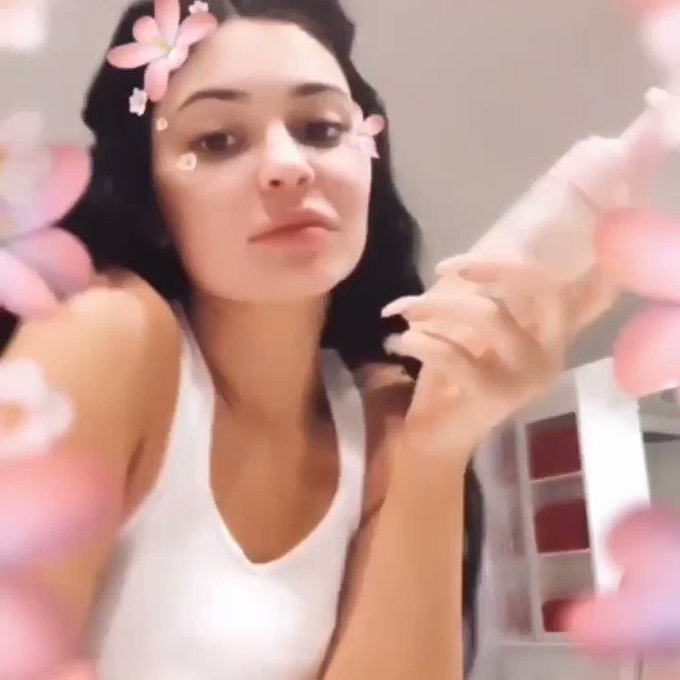 This time around, Kylie is being dragged for a video posted across the Kylie Skin social media accounts of her washing her face with the Foaming Face Wash and wiping it dry with a white face towel — a harmless act at first glance. People took to Twitter to point out the time it took her to wash her face, which is apparently seconds, and the heavy amounts of foundation left on the towel once she was done. On the website, the product claims to “cleanse skin while helping to remove dirt, oil, and makeup for a fresh, bright complexion.” The clip doesn’t necessarily back that claim. In response to the video on Twitter, one user asked, “Shouldn’t you wash your face for 1-2 minutes??” While another said, “lmao I know she saw that foundation on the towel she knows what she’s doing.” As usual, Twitter showed no mercy when it came to calling out the social media superstar.

So how long should you actually be washing your face? Is it 30 seconds? Is it a full minute? There doesn’t seem to be a written rule, but there are some backed suggestions that could elevate your skin-care routine. In a response to the Kylie Skin video, NYC-based dermatologist Dr. Howard Sobel told People, “It should take you 20 to 30 seconds to wash your face each morning and night. However, if you are exfoliating that will usually take around 60 seconds.” Sobel also suggests that in an effort to draw out makeup and other debris from the skin, you should incorporate oil cleansing into your routine before you use a face wash.

The 20-to-30-second rule was also suggested by Dr. Oz in a skin care Q&A on Sharecare.com, a website that aims to help people manage their health concerns. He says, “The whole point to cleansing is to remove dirt, contaminants and surface oils from the skin. To make sure your cleanser is achieving this goal, massage it in for at least 20 seconds; for oily skin, make that closer to 30 seconds, which is about how long it takes for sebum to break up.”

As the digital age has intersected with the era of self-care, many inquiring skin-care minds often take to the popular subreddit r/skincareaddiction to ask the most mundane of skin-care questions to the most complex to formulate a skin-care routine that works for them and to get quick access to answers about skin care that they possibly couldn’t get anywhere else. In a recent thread about face washing, and how long it should take, many users expressed that they take about 30 seconds to wash their face.

The general consensus around face washing suggests that you should take at least 30 seconds in this step of your skin care routine. Take note, Kylie! The internet is your friend.