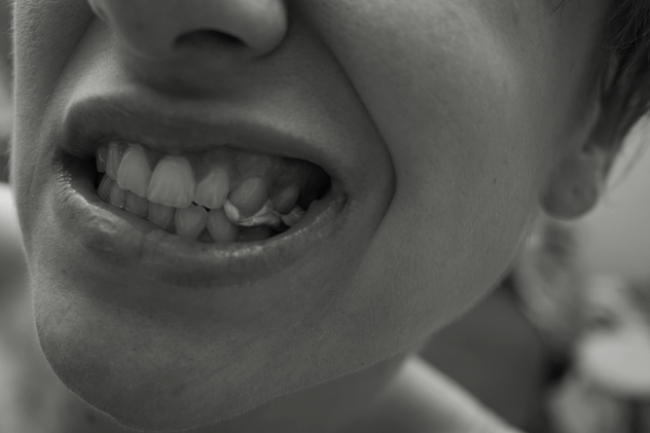 A recent study found sugar-free products can be just as damaging to your teeth as sugar because many of them contain acid that causes tooth erosion. But what about sugar-free gum?

If you’re regularly chewing gum containing sugar, then you are at risk of developing dental caries (tooth decay).

But if you’re regularly chewing a sugar-free gum, evidence over the past 30 yearsshows you will be stimulating the production of saliva which is beneficial to your oral health.

Saliva contains minerals that are essential for healthy teeth and which neutralise the acids in plaque which feed bacteria that cause caries.

Not all gum is created equal

Be aware, if your sugar-free gum contains food acids, which are added to some gums for flavour, you could be causing dental erosion. Unlike dental caries, dental erosion is not caused by sugar or bacteria, but occurs when acid dissolves the hard tissues of the tooth.

In its early stages, erosion strips away the surface layers of tooth enamel and in advanced stages it can expose the softer dentine or even the soft centre (or “pulp”) of the tooth.

In its early stages, erosion can cause sensitivity to cold foods. If it progresses, then more severe pain is likely. Not all sugar-free gums contain food acids and, generally speaking, mint-flavoured gums are less likely to be erosive than other flavours.

Some examples of brands that may cause erosion when consumed frequently are Woolworths Lemon + Lime, Wrigley’s Berry Burst and Glee Gum Lemon-Lime.

The holy grail of gum

Chewing gum is the only food permitted under Australia’s food standards regulations to make any claims about improving oral health. Under the standards, manufacturers can claim that chewing gum contributes to tooth mineralisation and to the neutralisation of plaque acids. This is only if the gum is sugar-free and if it is shown it doesn’t lower the pH of plaque below 5.7 during the 30 minutes after consumption.

Both the Australian and American dental associations allow the use of their quality seals on sugar-free chewing gums that meet similar criteria to Australia’s food standards.

In addition to sugared and sugar-free gums, there are also functional chewing gums, which are enhanced with minerals or agents that can not only protect against caries, but in some cases can even repair the early stages of caries.

This agent has been shown in numerous studies to increase the hardness of softened enamel and protect teeth against caries and erosion.

A clinical trial in 2008 found those using gum containing CPP-ACP had a smaller number of tooth surfaces in which caries lesions had developed over the two years of the study. This group also had a greater number of lesions that had regressed, or remineralised.

More recent research into the effects of CPP-ACP in chewing gum indicate the agent might not only remineralise teeth, but may also reduce the level of harmful bacteria in the mouth. A study published earlier this year found a statistically significant reduction in salivary Streptococcus mutans – a bacterium associated with dental caries – in subjects who chewed CPP-ACP gum daily for three weeks.

Chewing sugar-free gum can be particularly helpful to people at high risk of tooth decay including people whose oral hygiene may be inadequate and people whose saliva production is affected by medication or health conditions. But it should never replace daily toothbrushing with a fluoride toothpaste, regular flossing and check-ups by a dental practitioner.

Chewing gum is not recommended for anyone experiencing any type of jaw pain or symptoms of temporomandibular disorder (problems with your jaw and the muscles in your face that control it).

But for everyone else, chewing sugar-free gum can be a great way to keep your teeth healthy – if you pick the right flavour and variety.