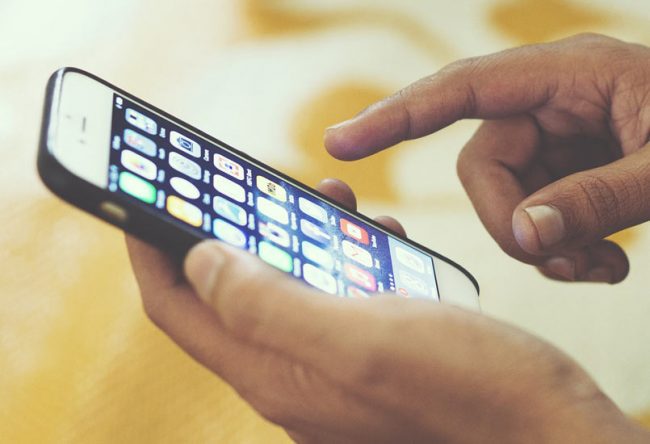 Apple’s WWDC 2017 is set to kick off next month, and as is tradition, we will be getting the first glimpse at iOS 11 during the event. Lately, there’s been quite a bit of buzz around what Apple may introduce on iOS 11, which includes any and everything from a design overhaul to a smarter Siri and new features. With WWDC 2017 set to kick off on June 5, here’s a wishlist of features we hope to see on iOS 11.

Design: The last time iOS got a design overhaul was with iOS 7, and many including yours truly, believe it is time for change. The idea is to make iOS a tad more contemporary, and with features borrowed from say the Apple Watch. watchOS has complications for different watch faces, and iPhone complications wouldn’t be the worst thing to have in getting access to information at a glance. Similarly, the icons on iOS have long been static, and making them animated could help developers show some manner of information right on the homescreen.

Control center: The control center no doubt comes in handy when you need to quickly toggle a few settings. But I personally am not a huge fan of the idea of Apple splitting the control center into three screens. Though it pains me to say, Apple needs to borrow the idea from Android to have all the shortcuts on one screen. More importantly though, it needs to give users the ability to customize what settings or buttons they want to see when they swipe up from the bottom of the screen.

Call UI: You are working on something important on your iPhone, and you get a call from an unknown number. You must admit that the call is not the only thing that pisses you off, but also the fact that the call UI takes up the entire screen and you can only get back to work when you cut the call. The call UI on iOS is far from contemporary, and downright intrusive in current times. The need is for nothing more than a pop-up notification at the top of the screen with options to accept or decline the call. ALSO READ: Apple WWDC 2017 live stream to kick off on June 5 at 10:30PM IST

Volume control UI: The UI to control the volume of your iOS device is equally old. Rather than a big blob at the center of the screen, there needs to be something way less intrusive — preferably a slider at the top of the screen.

Dark Mode: Every night, I tend to read on my phone till the point I can’t keep my eyes open any longer. While Apple introduced Night Shift that turns to screen to a shade of yellow to protect my eyes, it is far from enough. Long has it been rumored that Apple will introduce a Dark Mode that turns the UI into a shade of grey or black. I really hope Apple introduces this new feature on iOS 11, and I can continue reading at night without really straining my eyes.

Sort notifications by apps: While notifications can all be cleared with one tap, one feature that I really miss is the ability to sort them based on the apps. Call it OCD if you may, but I prefer every notification to be categorized into different sections. Others may not see the importance of this, but an option to toggle this feature would be really appreciated.

Better keyboard: Yes there is support for third-party keyboards on iOS, but very few come close to simplicity of the native keyboard. That said, a few tweaks could help improve the overall experience. For one, a row of numbers on top of the keyboard will go a long way in improving how we type. Currently, you need to switch modes every time you want to type a number. This will really help when typing out passwords. While I may not be one of them, there are those who like to type by swiping. Hopefully, Apple introduces this feature on iOS 11 keyboard. RELATED: Apple WWDC 2017: iOS 11, WatchOS 4, Siri step-up and Google Home competitor; What we know so far

Touch ID: Though Apple was the pioneer behind adding a fingerprint sensor on a smartphone, the functionality of the Touch ID sensor is somewhat limited. Yes you can unlock the device, or use it as a passcode on some apps. Apple needs to take things a step up, and one of the ways is to introduce the ability to secure apps with Touch ID. You can simply choose to lock various apps using either a passcode or the fingerprint sensor.

Group FaceTime calls: With improvements and ease at which one can make video calls these days, Apple needs to keep improving its FaceTime app. One of the features that quickly comes to mind is the ability to place group calls on FaceTime. With such a feature onboard, it would be offering something that is not available on apps like WhatsApp.

Better multi-tasking: This is for those who have the iPhone 6s Plus or the iPhone 7 Plus. The iPads already have a bunch of multi-tasking features like Split View, and picture-in-picture. With the OLED iPhone 8 rumored to come with a 5.8-inch display, it is not too much to ask for these iPad features to be introduced on the larger iPhones.

Smarter Siri: Last, but not the least, it is high time Siri got an overhaul. Its competitors like Cortana and Google Assistant are far ahead in the race. More worryingly though, these assistants are now available on the iOS platform as well. It is high time Siri gets new functionalities and much better integration with a range of apps and services on iOS.

Is there any other feature that you think is missing on iOS or one that needs improving? Do let us know in our comments section below.