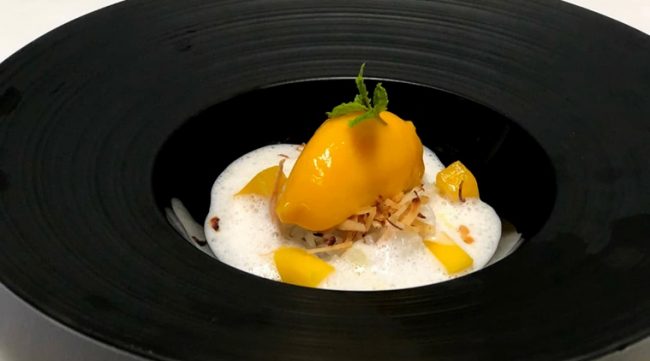 The “Myanmar Food Festival” is on at Honk, Pullman Hotel, Aerocity, till April 22. The menu has been set by Myanmarese Chef Htun Htun Naing, who has been specially flown to India to bring authentic flavours of the delicacies of Myanmar. The chef has curated an exquisite menu and gastronomic creations that will tantalise your taste buds.

It is Naing’s first time to India. He said out of the most famous Indian dishes that he has tried is chicken biryani which was “so spicy”. “It was so hot and spicy. I can’t explain. In comparison with the Indian cuisine, our cuisine is very simple.” “People who love spicy… it’s not that interesting for them; but for those who are not so fond of spicy food, this kind of food caters to their tongues well,” Naing told IANS.

“(In Myanmarese cuisine,) there is a similarity with Indian and Chinese, of course, but it is not much like that of Thailand though. I have tried to make it specially for Indians without losing the authentic flavours,” he added.

The a la carte menu very interestingly juxtaposes the name of every dish with the name of the city it has originated in. Quite naturally, different courses have been paired with different varieties of wines — the first one being champagne.

I started my meal with a-thoke, or ginger poached chicken, a dish from Myanmar’s second-largest city and the last royal capital — Mandalay. A thoke can be simply described as thick rice noodle salad with chickpea flour, chicken, onions, coriander, crushed dried chilli, dressed with fried crispy onion oil, fish sauce and lime. The meat had an unusual aroma. The raw smelling chicken went just okay with the flavour of ginger and the topping of glass noodles. It didn’t impress me all that much.

All might not have been well in the beginning, but the rest of the courses were to look forward to. For those who eat other meats, the menu offers a prawns dish — anyar ka-yan-thee thoke from central Myanmar. Up next was the traditional lentil soup with noodle from the Ayeyarwady region.

The soup was quite bland and that is perhaps why the chef chose to serve it with chilly flakes. I had to add at least two teaspoons of it to satisfy my Indian tongue. The result was surprisingly great. It was, in fact, quite enjoyable. Mains from the sea, as the menu described it, should naturally be a delight for sea-food lovers. Curry lobster ravioli is the chef’s favourite.

I opted for a dish from the land — Myanmar chicken curry, with potato and coconut cream, had a good aroma. You can choose between fragrant rice and Shan noodles to accompany the curry. The chef was kind enough to give me both. The noodles had a sweet and sour topping of crushed tomatoes with nice tangy flavours — absolutely delicious!

The final course — dessert — had something unusual to offer: Sticky rice/coconut cream with fresh mango and mango sorbet. This weird combination of mango and rice in dessert was unimaginable; thus, I was quite sceptical despite that it was visually quite appetising.

Once I tasted it, one bite was not enough. The combo went just fine.