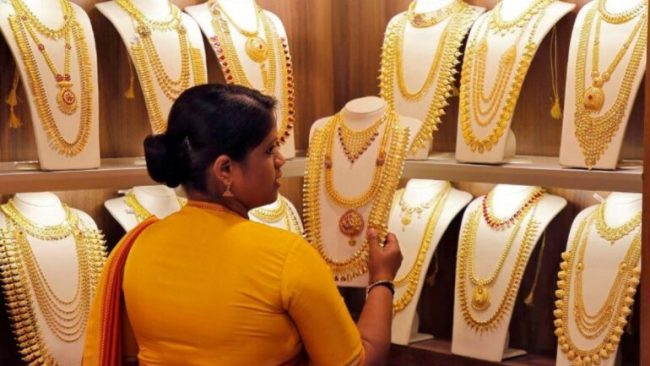 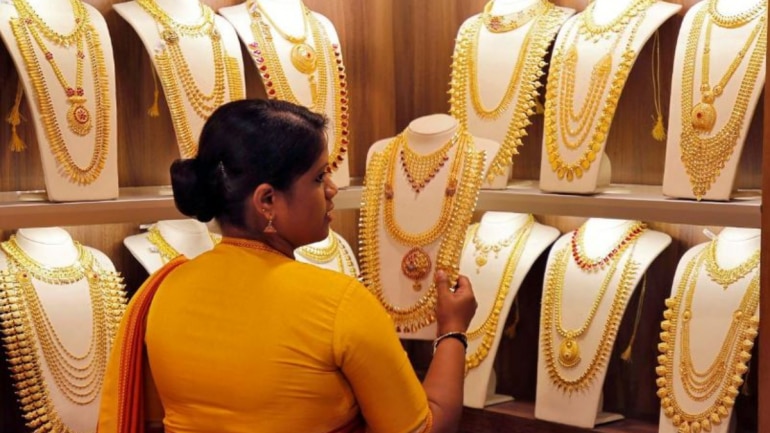 A saleswoman picks gold necklaces to show to a customer inside a jewellery showroom. (Photo:Reuters)

Gold discounts in India widened this week as physical demand cooled because of high prices after a busy festival week while activity in other Asian hubs was largely steady.

India celebrated Diwali and Dhanteras last week, some of the busiest gold-buying days in the country, when demand peaks because gold is considered auspicious.

We lost momentum this week due to a recovery in prices, said Ashok Jain, proprietor of Mumbai-based gold wholesaler Chenaji Narsinghji. Last week demand for Dhanteras and Diwali was lower than last year but better than our expectations.

Sales during Dhanteras reached about 30 tonnes, nearly 25% lower than normal because of a rally in prices, said Surendra Mehta, secretary at the India Bullion and Jewellers Association.

Dealers offered discounts of up to $6 an ounce over official domestic prices, up from last week’s discount of $4, the lowest since the first week of June. The domestic price includes a 12.5% import tax and 3% sales tax.

Jewellers need to start replenishing inventory after healthy sales last week, but they are waiting for a correction in prices, said a Mumbai-based dealer with a bullion-importing bank.

In top consumer China, bullion was sold at a premium of $5-$6 an ounce, unchanged from last week.

Spending sentiment remains weak. Gold price has to be about 30% cheaper for demand to pick up, said Samson Li, a Hong Kong-based precious metals analyst at Refinitiv GFMS.

In Hong Kong, premiums edged up to $0.50-$0.60 from $0.30-$0.50 last week, with tourist demand hampered by the long-running pro-democracy protests. The protests helped to push the Asian financial hub into its first recession in a decade in the third quarter.

Prices came down a bit, so we are seeing some wholesale buying, said Brian Lan, managing director at Singapore dealer GoldSilver.

In Japan, bullion was sold at a discount of $0.25 an ounce after five weeks at par with the benchmark, a Tokyo trader said, as elevated rates for yen-priced metal and higher taxes weighed on demand.