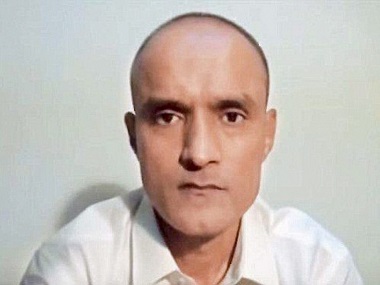 Since the evening of 9 May, it has been widely reported that the International Court of Justice (ICJ) has passed an order to ‘stay’ the order of execution of the former Indian naval officer Kulbhushan Sudhir Jadhav that was handed to him by a Pakistan military court on charges of terrorism and spying for India’s intelligence agency. In fact, Minister of External Affairs Sushma Swaraj also tweeted that she had informed the mother of Jadhav about the order of the President of the ICJ.

I have spoken to the mother of #KulbhushanJadhav and told her about the order of President, ICJ under Art 74 Paragraph 4 of Rules of Court.

In fact, most accounts suggest that the communication by the President of the ICJ is, in fact, an acceptance of provisional relief that India had requested, pending the final judgment in this case. I am afraid that such a categorisation of the communication by the President of the ICJ as an ‘order’; and the linkage of such an order to the ‘provisional relief’ is incorrect. We should, therefore, be careful in the terminological choice and, consequently, in the assessment of our success in this matter.

At the outset, the facts must be clarified.

On 9 May, 2017, India instituted proceedings against Pakistan at the ICJ requesting the ICJ, inter alia, to suspend the death sentence awarded to Jadhav; to declare that the sentence of the Pakistani military court violated the provisions of the Vienna Convention on Consular Relations, 1963 and the International Covenant on Civil and Political Rights, 1966; to restrain Pakistan from enforcing the sentence, and direct Pakistan to take steps to annul the decision of the military court. India further requested the ICJ for provisional measures pending the final judgement of the ICJ. Among other things, India requested for the Pakistan to ensure that Jadhav was not executed. It must be noted that the court has not heard the matter and intends to conduct a hearing on 15 May to hear the issue of provisional measures; and it is only the court (ie all members and not the president alone), as per the ICJ Statute, that can indicate the provisional measures.

In this case, the only action that has been reported in the media is that the president Judge Ronny Abraham of France has written to the Pakistani government on 9 May “calling upon” the Government of Pakistan “to act in such a way as will enable any order the court may make on this request to have its appropriate effects” pending the court’s decision on India’s request for the indication of provisional measures under Article 74, paragraph 4 of the Rules of the Court, 1978.

The question then arises as to what is the nature of this communication under Article 74 of the ICJ Rules. It is incorrect to say that such communications are binding orders that can create obligations on countries. As discussed earlier, orders/judgments have to be passed by the court and not the president alone pursuant to the ICJ Statute. In fact, the text of Article 74, paragraph 4 also clarifies that the ICJ president ICJ merely exercises a discretionary power pending the meeting of the court to decide the questions related to provisional measures to prevent any adverse actions by countries. Considering the nature of these communications and the use of hortatory language in them calling upon countries to act in “such a way as will enable any order the court may make on [the provisional measures] request to have its appropriate effects” suggests that this is not an order; and, not binding or enforceable.

This must be contrasted with the language of Article 41 of the ICJ Statute as per which the court has the power to indicate any provisional measures which ought to be taken to preserve the respective rights of either party. Such language (especially looking at the French version of the text) necessarily implies the indication of provisional measures are not mere exhortation, but an order creating legal obligations.

The development of such a power of the President of the ICJ through the various amendments of the ICJ Rules also supports the conclusion that this is not an order. Initially, the presidents of the Permanent Court of International Justice, the precursor to ICJ, and the ICJ itself had the delegated power to make the provisional interim orders if the court was not sitting. Subsequently, this delegated power was specifically taken away. As per many international law scholars, in the current formulation of rules, the power of the president is in its most diluted form.

Therefore, such communications must simply be an exercise of the powers of the president in times of extreme urgency for interim protection. However, the exercise of such power does not necessarily imply a correlative duty of countries to comply with the communication, as is the case with orders which affect the substantive legal rights of the parties to the dispute.

Therefore, it is difficult to say that this communication is a ‘stay order’ creating legal obligations on Pakistan.

This may be a diplomatic win, but it cannot be shown as a legal success; and cannot be equated to “provisional measures”. This communication merely exhorts Pakistan to stay the execution; and Pakistan is still not legally obliged to do so.

It goes without saying that there may be less practical benefits of calling it a binding order. It is well known that States in the past have shown little consideration for binding provisional measures of the ICJ. For example, the US carried out the execution in the Walter LaGrand case, despite a stay on such execution by the ICJ. Additionally, there is a major debate on whether the enforcement mechanism of the UN Security Council can be used when States fail to adopt the indicated provisional measures.

Consequently, there may be no mala fides on the part of the State and the media in telling us that this is an enforceable order. However, as I mentioned earlier, one must be very careful in the terminological choice and, consequently, in the assessment of our success in this matter.