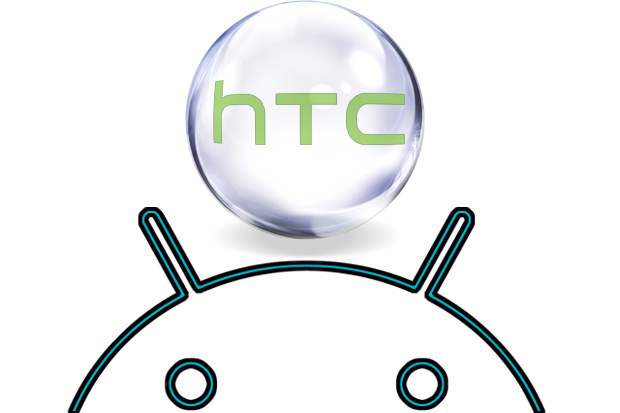 Which Android manufacturer can you count on to put customers first — to actually focus not just on crafting a quality product but also on treating you right after you’ve forked over your hard-earned cash?

It’s a question I’ve been mulling over for a while now. For a few years, the answer was easy: Motorola.

Moto had a tremendous run of being Android’s star pupil and doing almost everything right. It was the company that answered all of my pleas to Android manufacturers — focusing on user-benefitting factors like meaningful differentiation, fast and reliable upgrades, upfront communication, and an outstanding overall user experience.

It was good while it lasted, but the Lenovo-owned Motorola of today is clearly a different company than the darling Google once molded for us. It’s a change in culture we’ve been seeing unfold for a while, culminating in Moto’s recent Marshmallow meltdown and the painfully loud silence that surrounded it. That’s not to say Motorola won’t produce any worthwhile phones moving forward, but it’s certainly not the same Motorola the Android community once celebrated.

In hindsight, it all makes sense. No amount of optimism or wishful thinking could change the fact that Google and Lenovo have drastically different goals and business interests. Google wants to create the best possible experience for your smartphone so you’ll spend more time using it — and thus more time using Google services and the Internet at large, which ultimately helps the company makes money. So of course Google is going to focus more on long-term “delight” and user experience over short-term profit from hardware sales (which has never been Google’s main game).

Lenovo, though? Like most manufacturers, it makes its revenue by selling physical products. So disappointing as it may be, the shift we’ve been seeing with Motorola under its wings isn’t entirely surprising.

Still, Moto’s fall from grace means there’s a spot open at the head of the class. And I now feel confident in saying that HTC is ready to step up and claim it.

HTC’s been moving in the right direction for a while now, with an impressive and ever-improving focus on overall user experience and post-sales support. It’s been climbing higher every year on my Android upgrade report card and this year came in with stronger scores than ever — an 86% overall, following only Google’s Nexus devices in terms of all-around upgrade reliability. (For perspective, LG scored a 71% while Motorola and Samsung were firmly in failing territory.) HTC may earn its profits from hardware sales like everyone else, but where it differs is that it actually seems to place value on positive long-term relationships with the people who buy its devices.

2017 is shaping up to be the year of the enterprise cloud. More than half of enterprises interested in the cloud are looking to deploy with a multi cloud strategy. That’s because hybrid cloud gives organizations…

Some reviewers have criticized the company’s new HTC 10 flagship by saying it’s an exceptional phone but not as exciting as what Samsung is doing in terms of hardware design. And you know what? Maybe there’s something to that. It’s really just a subjective call and not something I’m here to assess today. What I’d argue, though, that we’re reaching a point where hardware doesn’t have to be exciting — and by and large isn’t ever really exciting in and of itself, even at the flashiest end of the spectrum.

As I mused while explaining the recent changes to this column, these days, it’s the software and what happens after your smartphone purchase that makes the most meaningful difference in your mobile tech experience. Provided a device manages to check off the smartphone basics — a nice-looking display, enough stamina to get you through a day, an acceptably good camera, and so forth — I’d contend that the “wow” factor resulting from smartly crafted software and a strong commitment to post-sales support is going to have a more significant impact on your experience than any “wow” factor resulting from hardware alone.

Everyone has their own priorities, which is what makes Android’s diversity such a valuable feature of the platform. If you ask me, though, a nicely designed and solidly built device with good software and reliable ongoing support will serve most users better in the long run than a flashy high-end phone with a mess of a UI and a half-year (or more) wait for future system updates.

It’s easy to point fingers and complain about Android upgrades, but the truth is that at this point, we all know the score. We know who delivers and who doesn’t. If timely and reliable ongoing upgrades are important to you, don’t buy a Samsung phone and then gripe about the six-plus-month wait for Android “N” later this year. Vote with your wallet and buy from a manufacturer that makes post-sales support a priority — which, as of now, is basically either one of Google’s Nexus partners or HTC.

Looking beyond the surface

It’s not just timely upgrades that make HTC the new consumer-friendly king of Android manufacturers: It’s things like stepping up and answering my call for a guaranteed two full years of upgrades for flagship phones, long before any other manufacturer was willing to make such a commitment. (You’d be surprised how many device-makers still haven’t followed suit.)

It’s things like offering a free one-time device replacement for people who buy an unlocked phone and then break their screens or experience water damage.

It’s things like scaling back needless modifications to the Android user interface in order to create a more polished and consistent user experience — a shift that’s likely only going to lead to even more efficient upgrades in the future. (And I’m talking about actually doing this, not just putting out empty marketing statements about it year after year.)

More than anything, it’s about making the customer and the overall user experience a priority — something that’s become depressingly rare in the Android realm. And while HTC is by no means perfect at that, it’s consistently improving and already miles ahead of anyone else outside of Google.

Now, could HTC becoming the next Motorola also hold another meaning — that it’s bound to get gobbled up by a larger company and end up losing its spark? Maybe. It’s certainly not out of the question (and it apparently already came close to happening once, according to a report from the well-sourced folks at The Information). But I for one sincerely hope that won’t be the case.

We have enough phone-making giants who don’t give two shakes about what happens after you purchase their mobile products. Having a smaller fry who actually tries to keep customers happy is refreshing — and it’s something the Android-buying public both needs and deserves.

HTC has a long way to go in finding the pricing balance and marketing strategy that’ll make its products true competitors in the Android ecosystem. More than any other manufacturer, though, it’s doing a lot of things right — and it’s rapidly becoming the company to watch for anyone who cares about an exceptional Android experience.