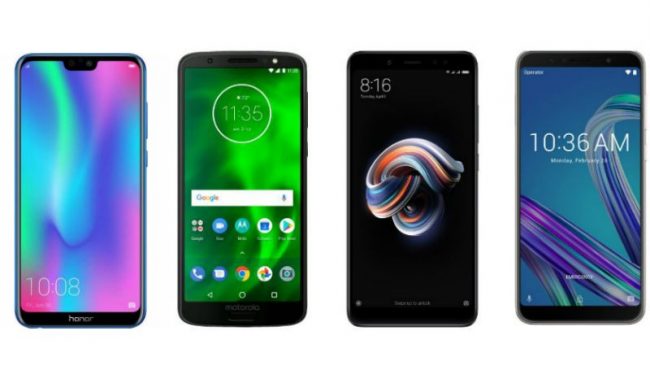 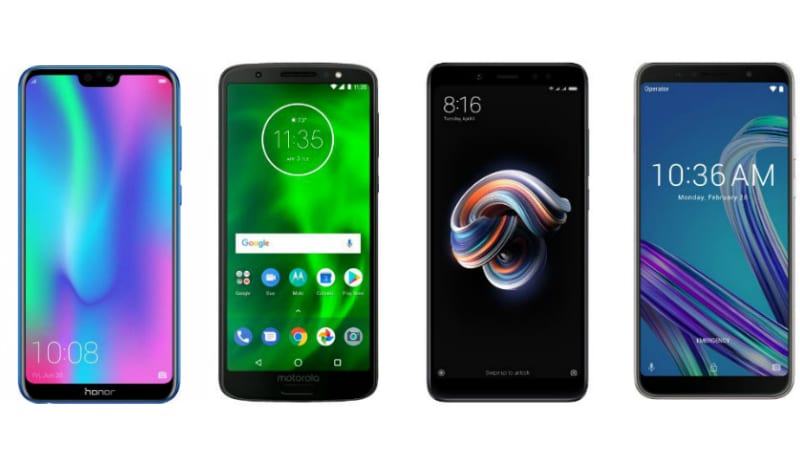 Honor 9N smartphone has been launched as yet another competitor in the burgeoning affordable segment of the Indian smartphone market. The key feature of Honor 9N are the ‘Notch FullView’ display, referring to the display notch, and the bezel-less display design with a 19:9 aspect ratio, a 12-layer premium glass design, and a 16-megapixel selfie camera. The company at the launch event announced the smartphone will be ‘Made in India’, and we already knew that the smartphone will be sold exclusively on Flipkart. We pit the Honor 9N with its competition, including Xiaomi Redmi Note 5 Pro, Asus ZenFone Max Pro M1, and the Moto G6 to see which one fares better on paper.

The Asus ZenFone Max Pro M1, on the other hand, is priced in India at Rs. 10,999 for the 3GB RAM/ 32GB storage model and Rs. 12,999 for the model that comes with 4GB RAM and 64GB inbuilt storage. Launched in Midnight Black and Grey colour options, the smartphone is available exclusively via Flipkart. A 6GB RAM/ 64GB storage version was also announced at the India launch event but is yet to make its way to India. The variant is priced at Rs. 14,999.

Finally, the Moto G6 price in India is set at Rs. 13,999 for the 3GB RAM/ 32GB onboard storage variant and Rs. 15,999 for the 4GB RAM/ 64GB inbuilt storage model. The smartphone will be available in an Indigo Black colour variant across Moto Hub offline stores, but online exclusively via Amazon India.

All the phones support dual-SIM (Nano + Nano) slots, and run different versions of Android. While the Asus ZenFone Max Pro 1 and the Moto G6 sport pure Android Oreo operating system, the Honor 9N has a customised EMUI 8.0 skin on top, and the Redmi Note 5 Pro has a customised MIUI 9 skin on top. The Honor 9N is the lightest of the lot weighing at 157 grams, while the Moto G6 comes in second at 167 grams. Asus and Xiaomi phones weigh almost the same at 180 grams and 181 grams respectively. The Honor 9N is also the thinnest at 7.70mm, while Asus ZenFone Max Pro M1 is the thickest at 8.46mm.

Only the Honor 9N sports a display notch, but even then the display size is larger on the Asus and Xiaomi phones at 5.99-inch. The Honor 9N, in comparison, sports a slightly smaller 5.84-inch display, and the Moto G6 sports a 5.7-inch display. Apart from Honor, all the other smartphones go for Qualcomm chipsets, with Asus and Xiaomi sticking to Snapdragon 636 SoC, and Moto G6 sports a Snapdragon 450 SoC. The Honor 9N houses Huawei’s in-house HiSilicon Kirin 659 SoC. While up to 6GB RAM option is offered only by the Redmi Note 5 Pro, the Honor 9N offers up to 128GB inbuilt storage options. All the phones offer microSD card slots for further memory expansion.

Asus ZenFone Max Pro M1 wins in the battery department and it packs a 5,000mAh battery, while the Honor 9N sports the least with a 3,000mAh battery.

Honor 9N vs Asus ZenFone Max Pro M1 vs Moto G6 vs Redmi Note 5 Pro: Conclusion
The Honor 9N has some tough competition in the Indian market, with Xiaomi, Asus, and Moto counterparts fighting well on paper. Huawei’s device falls particularly short in the battery departments however it is the lightest and thinnest of the lot. The Honor 9N is also the only device with a display notch, and if that suits your fancy, then you can give it a thought.