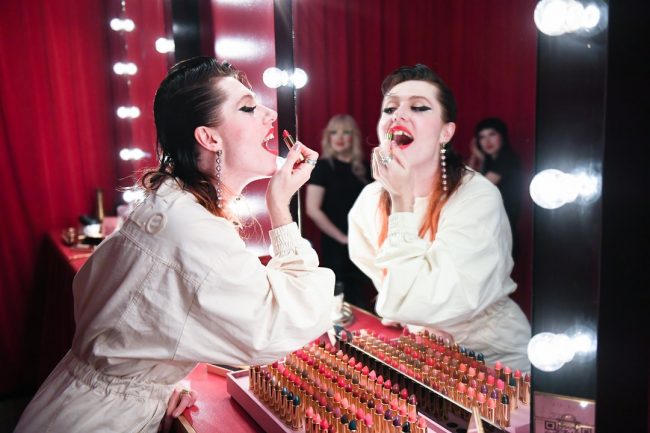 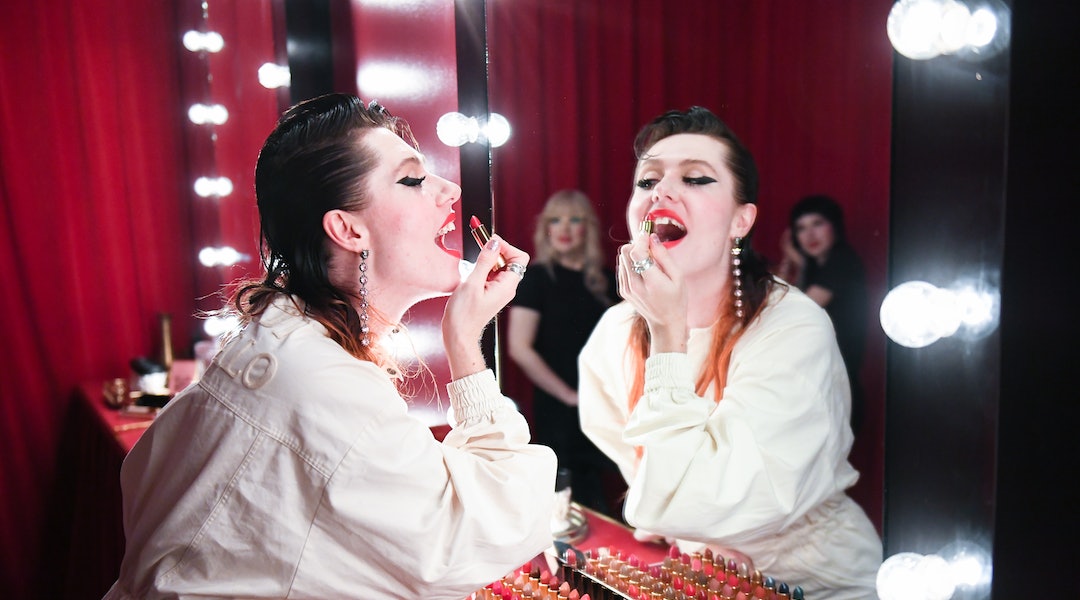 With the faces of Kendall Jenner, Bella and Gigi Hadid, and Kaia Gerber saturating ad campaigns across the fashion and beauty industries, it’s quite refreshing to get a breath of fresh air now and again. This appeared to be Gucci Beauty’s sentiment when it enlisted punk singer Dani Miller to be the face of its inaugural lipstick launch back in March of 2019. The outspoken and painfully hip musician (known for her signature gap-toothed grin) has a one-of-a-kind look and style that is hard to miss — making her the perfect muse for a brand looking to turn some heads.

Gucci creative director Alessandro Michele is known for his unapologetic boldness and panache, as is Miller (who is the front woman for punk band Surfbort), so the pair are two peas in an unconventional pod. “I first met with Alessandro when they were opening the [Wooster St.] store in New York — we played at the store there,” recalls Miller in a sit-down interview with The Zoe Report. “They wanted raw, like ‘80s-style, I don’t give a f*ck, be-yourself kind of vibes.”

Apparently, that was also the exact approach wanted for Gucci Beauty’s first lipstick launch, featuring nearly 60 shades in three textures ranging from the icy taupe Pauline Brown hue and metallic Billie Magenta to Miller’s go-to, the orangey-red matte Agatha Orange. “It’s the perfect pop of red and orange,” says Miller. With nearly a year of lipstick play under her belt, the musician has found interesting ways to incorporate the brand’s wide range of hues into her beauty routine. “Lately I’m loving Crystal Black,” she shares. “I love putting it on my eyes and doing crazy shapes.”

Indeed, Miller’s interesting, unique, and fearless approach to beauty has been ingrained in her since she was a wee thing, as she explains she was encouraged by her parents to always embrace her individuality — no matter how off-the-wall it was. “I’ve always been a makeup girl, but maybe not in the traditional sense,” says Miller. “I remember going full glam to church. I took my mom’s lipstick, which was a reddish brown, went full-on mascara and full-on blue eyeshadow on my eyes — I was like eight or nine!”

Clearly, nothing has changed as Miller still marches to her own raucous melody, and Gucci’s Michele wouldn’t have it any other way. The musician’s latest move with the brand includes its highly anticipated foray into a new category: mascara. Yes, just weeks into its debut, the new Mascara L’Obscur is already being touted for its subtle lengthening abilities that can lend the look of “low-key lash extensions,” according to TZR writer Madge Maril, who gave the product a whirl. (Pro tip: According to Miller, the key to maximizing the new formula is to get a bit wild with the wand. “Use different angles when applying the mascara,” she suggests. “You can swipe it on horizontally as usual and then go in with the wand at a vertical angle and get every little corner.”)

The road less traveled is truly Miller’s preference in all things, including beauty — she’s just waiting for the rest of the world to catch up. “I want to challenge the people who are doing the big trends like contouring to do it like Nina Hagen style or like Bowie style. That would be sick.” As “sick” as that would be, Miller also understands the insecurity of coloring outside the lines, which is why she’s so proud of the now-prominent Gucci Beauty banner featuring her signature spaced-out pearly whites. “You don’t have to fit into a certain, perfect box, and I think [stepping out of it can be] almost a scary thing to do,” she says. “The teeth and lipstick ad is just a flag letting people know, ‘OK, you’re beautiful how you come. Celebrate your beauty. There’s beauty in imperfections or, rather, what haters would consider imperfections.'” Don’t you just want to slap some lipstick on your eyelids now? 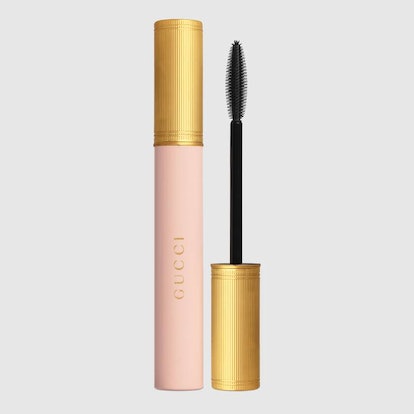 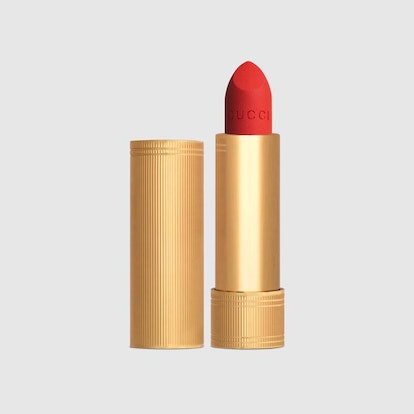 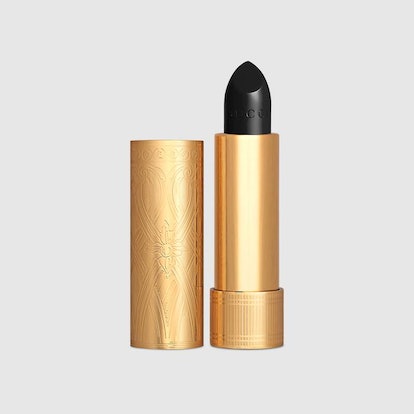 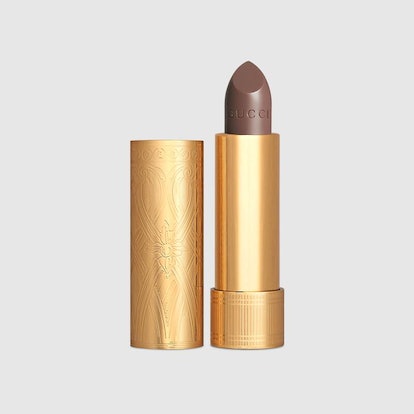 While you may think of color and vibrance when you think of Gucci, Gucci Beauty’s new collection also offers gorgeous nude shades.