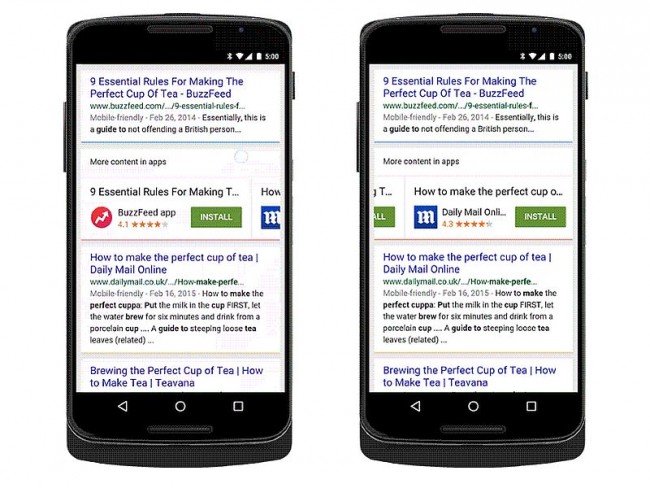 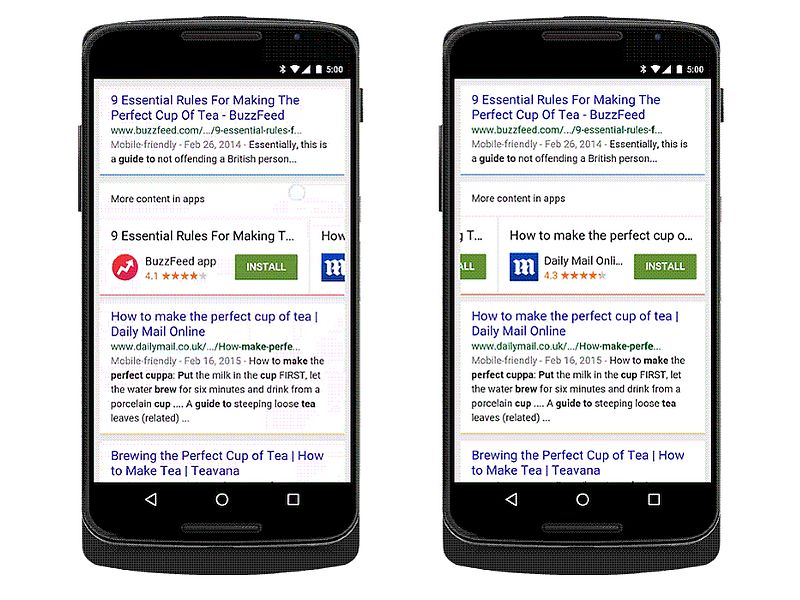 Google last year started prompting users to install an app on mobile if it had relevant content to the user’s search query. Now, the company has taken a step ahead and is allowing users to install the apps directly from the search results without opening the Google Play store.

Android Police reports that the feature is not available to everyone and can be expected to roll out slowly. It does not yet appear to be available in India, and we were directed to Google Play on hitting the Install button.

Previously, Google’s mobile search results on Android prompted users to install an app if it had relevant content to the user’s search query.

The report adds that on tapping the Install button with the new feature enabled, users will get the permission popup message, which users usually received during app installs from the Google Play. On giving permission to install the app, a new Google Play-style overlay would appear, with user acceptance of the app’s permissions and the final, install button. It adds that the feature is currently only visible on the Google app and is not found on Chrome.

While Google last year introduced app indexing for iOS apps which showed iPhone, iPad, and iPod touch users content from within mobile apps straight from Google Search, it is not clear if Google will be able to roll out similar install functionality for users via Apple’s App Store.