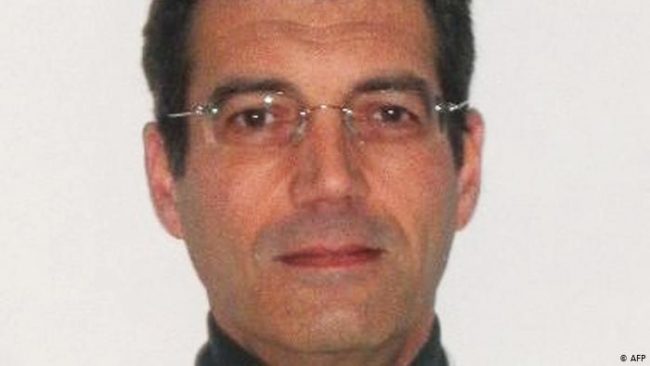 Police in Glasgow arrested a French businessman Friday suspected of murdering his wife and four children in 2011.

Xavier Dupont de Ligonnes, who comes from an aristocratic family, had been the subject of an international arrest warrant for the murders.

According to AFP news agency, police had been tipped off that de Ligonnes was heading to Scotland before he boarded his flight to Glasgow at Charles de Gaulle Airport in Paris.

However, they were not able to intervene in time, and informed the international police agency Interpol.

AFP also reported that Scottish police identified de Ligonnes by his fingerprints after he arrived at Glasgow Airport.

After the de Ligonnes family disappeared in the western French city of Nantes, police discovered five bodies buried under the terrace of their home. Xavier Dupont de Ligonnes was the only family member not discovered, and became the prime suspect for the murders.

French prosecutors said he killed his family “methodically” by shooting them twice at close range in the head, before rolling them in lime and burying them in cement.

He was nearly caught last year in the southern French region of Var, after witnesses reported seeing a man resembling him near a monastery.