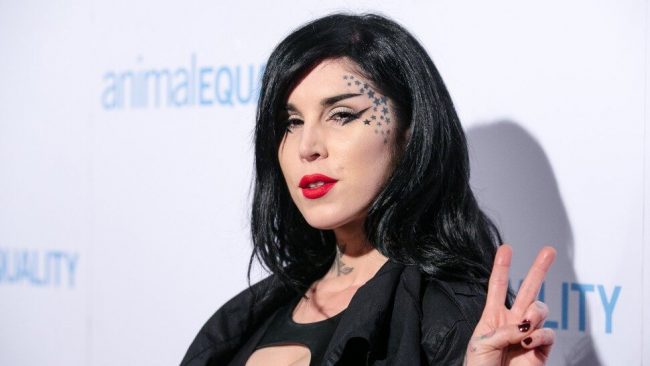 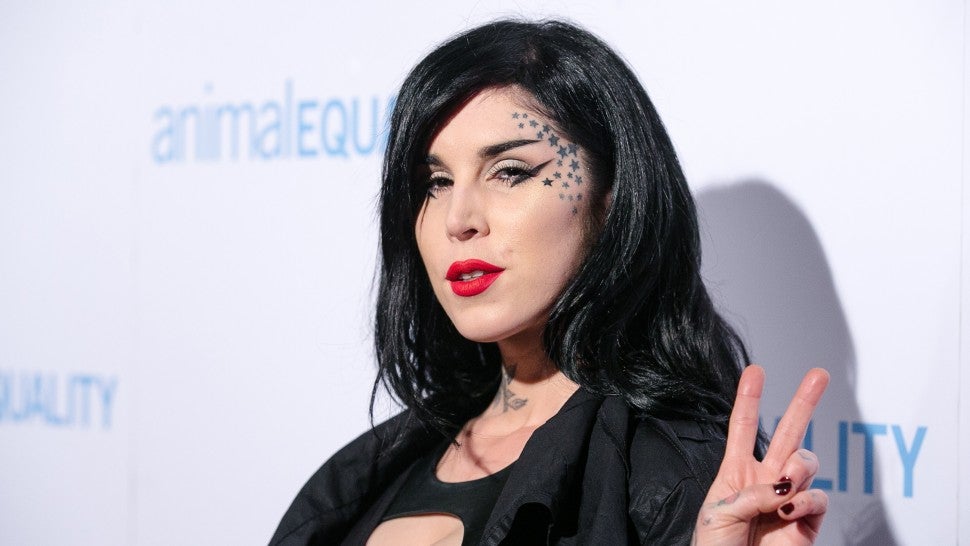 Latinx makeup and beauty brands are taking over and we are here for it!

From the world’s fascination with the J.Lo glow and Cardi B’s snatched glam, Latinx stars have always been a driving force behind some of our favorite beauty trends. And with the beauty industry booming, it’s no surprise Latinx entrepreneurs have jumped into the beauty game. With brands like Kat Von D Beauty and beautyblender, both led by Latina women, some of these Latinx-created products have arguably revolutionized the makeup industry.

In honor of Hispanic Heritage Month, discover the best Latinx makeup lines, and ET Style’s favorite hero products, to add to your radar and makeup bag.

Before there was Kylie Cosmetics, there was (and still is), Kat Von D Beauty. The self-titled makeup empire built by famous tattoo artist Kat Von D, was one of the first highly publicized vegan and cruelty-free makeup brands with a bold aesthetic.

Kat’s everlasting liquid lipstick, Lolita, was a staple in makeup kits from its conception in 2015 to present day. We also have Kat’s brand to thank for the ever-popular contour kits. And her Tattoo Liner is an award-winning bestseller for a reason — the high-pigment formula features all-day-long wear that’s waterproof and smudge-resistant, so you can trust it to stay put in the worst of weather.

Melt was co-founded in 2012 by celebrity makeup artist Lora Arellano after identifying “highly pigmented, ultra-matte, bold shades of lipstick were missing from the cosmetics world.” As a lover of bold makeup, especially a bold lip, Lora and the brand set out to fill that void.

Although Melt started out as a lipstick line, the indie brand has expanded and become widely known for not only their bold lipsticks but also for their innovative eyeshadow stacks and highlighters. Not to mention they have fun eyeshadow palettes such as the 4/20-inspired Smoke Sessions and the bold Radioactive Pressed Pigment palette! Fun Fact: RiRi’s show-stopping and colorful 2017 Met Gala glam was created by Lora!

When you hear the name beautyblender, you think of that little hot pink sponge that changed the makeup game. Airbrushed finish? You have Rea Ann Silva, the founder of that little egg, to thank for the sponge that revolutionized the beauty industry.

ET spoke with Rea earlier this month, where she revealed, “The inspiration really came from necessity! I was working on the makeup set for the show Girlfriends and it was shot in HD, so I needed something that made the actors and actresses look flawless on camera.”

She also dished on why she chose that iconic hot pink shade.

“The factory told me to NOT pay attention to colors when I was looking at prototypes, but when I opened the package and saw that bright pink sponge it just made me so happy, I knew that was the one,” she explained.

Angel Merino was one of the first Latino men in makeup to gain a huge following online. When he launched his line, Artist Couture, almost five years ago, he launched his signature Diamond Glow Powders that shook makeup lovers to their core with a blinding highlight you can see from outer space!

Angel has taken that success and expanded the line with pressed highlighters, lip glosses and his very first eyeshadow palette called Midnight Maven.

We recently caught up with the beauty mogul, where he dished on creating his line, admitting he had “no clue” what he was doing when he started out.

“All I knew was that I wanted to put my heart and soul into products,” Angel explained to ET.

With the support of his mom, aka his biggest fan and “cheerleader,” Angel has been able to “break down the walls” of stigma surrounding men in makeup.

Desi Perkins, who is of Spanish and Mexican descent, and her bestie, Katy DeGroot, may be the YouTube beauty community’s favorite duo. The pair has launched two successful collaborations with Dose of Colors and Desi x Katy’s second launch was a true fan-favorite. Although Desi recently revealed to ET that the powerful trio has no future plans for a third launch, fans can still shop their collection online and at Ulta Beauty.

Perkins also told ET that due in part of the success from the Dose of Colors collaborations as well as other endeavors she was able to help her mother retire.

“It’s one of my proudest moments for me and I think it’s great to see someone else that came from not a lot and is living their dreams,” Desi shared. “My mom immigrated here at a young age and she worked her a** off my whole life to make sure we had what we needed. She’s been working so, so much for as long as I can remember, non-stop, I don’t know how she did it.”

Manny MUA’s brand, Lunar Beauty, is out of this world. The 28-year-old entrepreneur, who grew up in a strict Latino household and got his start in makeup working at MAC and Sephora, took off in the beauty world after starting a tutorial-based YouTube channel in 2014 and made it on Forbes’30 Under 30 listin 2018.

“I’ve been all about inclusion [and] diversity ever since my day one. I’m a boy in beauty, it’s been diversity since the moment I came onto the scene,” he recently explained to ET.

The makeup artist, YouTuber and now CEO of Lunar Beauty, opened up about the creative process behind his interstellar products to ET at BeautyconLA.

“For me, it hits me at nighttime. I’m such a nighttime creature, that’s why it’s [called] Lunar Beauty. I’m so inspired by the moon,” Manny shared.

Christen Dominique, the Latina and Guyanese makeup artist, YouTuber and mom, founded Dominique Cosmetics in 2018. The brand took off after her first launch of the Latte Palette, which was sweetly inspired by her “ritual coffee that she shares with her mom and now with her fans, who start their day with her sharing their morning coffees and lifting each other up with positivity on their social channels,” her website explains.