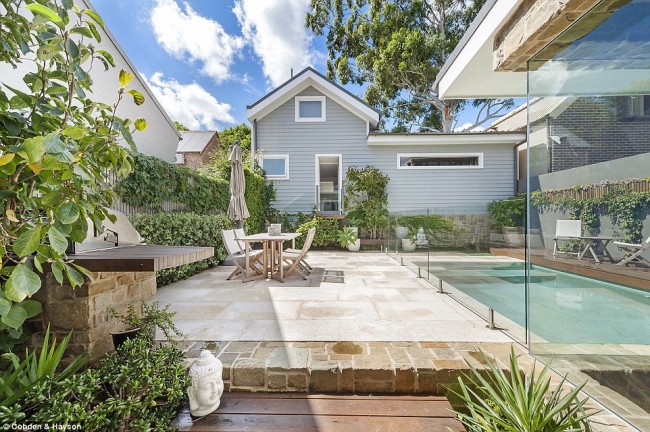 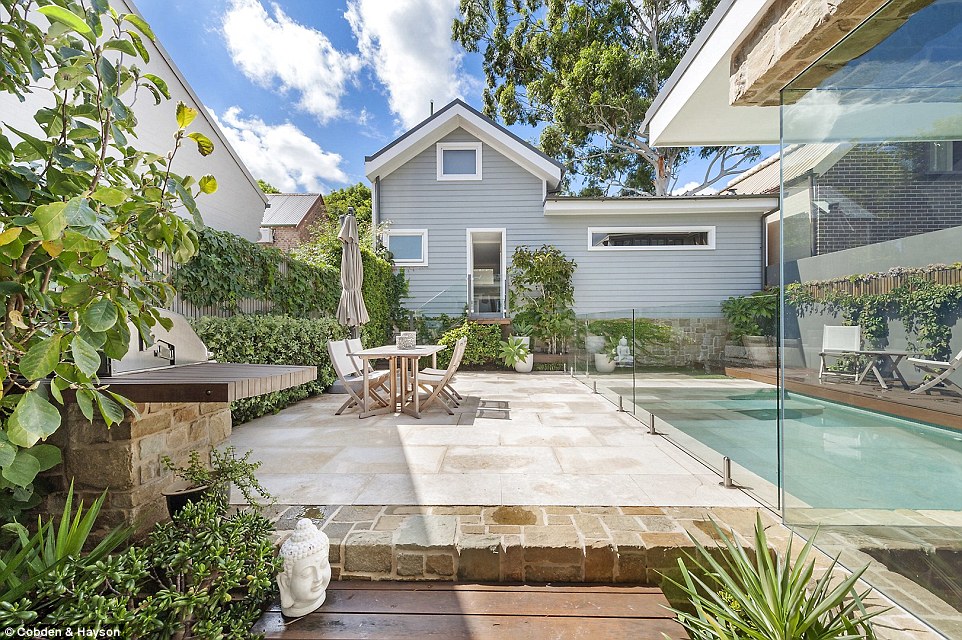 Ms McDonell, who oversees an empire of 420 fitness clubs across Australia, reportedly paid $3.3 million for the Terry Street home when she purchased it in 2014, reported Property Observer.

The sandstone property, which is on a 348sq metre block, has three bedrooms, two bathrooms, a powder room, an entertainer’s kitchen with a 4.5m island bench and a self-contained guest cottage.

It also features a heated mineral pool, an entertaining terrace a built-in barbecue and a double garage.

Ms McDonell is reportedly moving to the eastern suburbs for her children’s schooling.

She also purchased a house in the Byron Bay hinterland in October 2015, spending $2.1 million on the residence.

Cobden & Hayson is auctioning the Balmain property on April 28.

Scroll down for video

Anytime Fitness founder Jacinta McDonell is selling her Balmain house in Sydney’s inner west. As well as the main house, the property also has a self-contained guest cottage 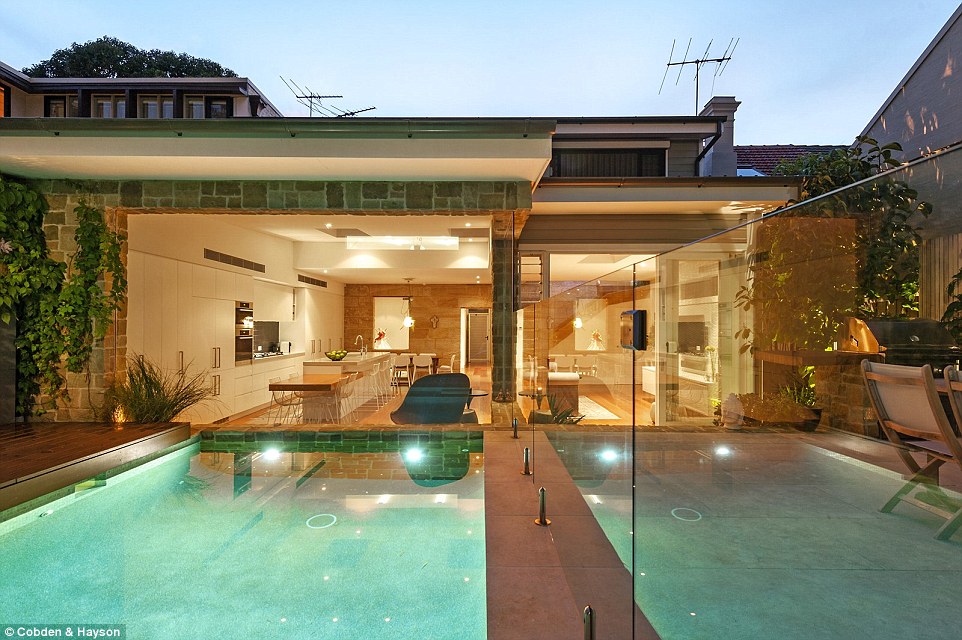 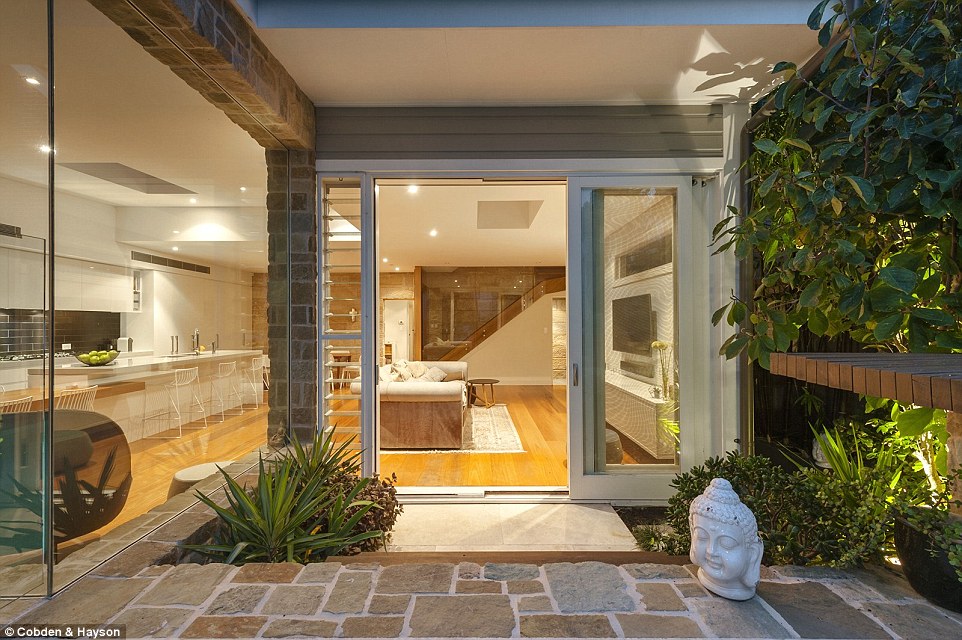 Ms McDonell reportedly paid $3.3 million for the Terry Street home in Balmain when she originally purchased it back in 2014 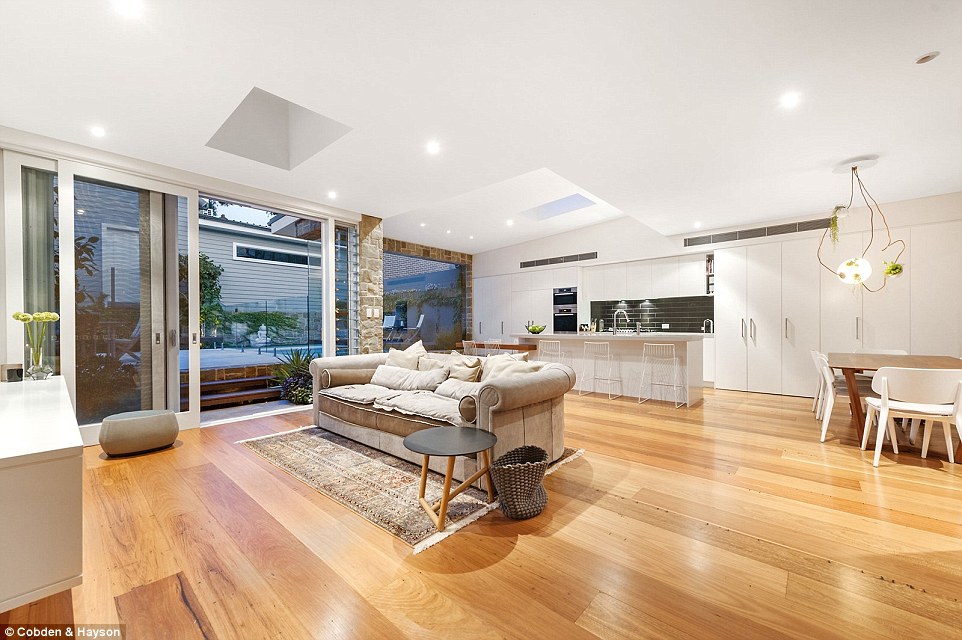 The house has three bedrooms, three bathrooms and a powder room, with ample space for a growing family 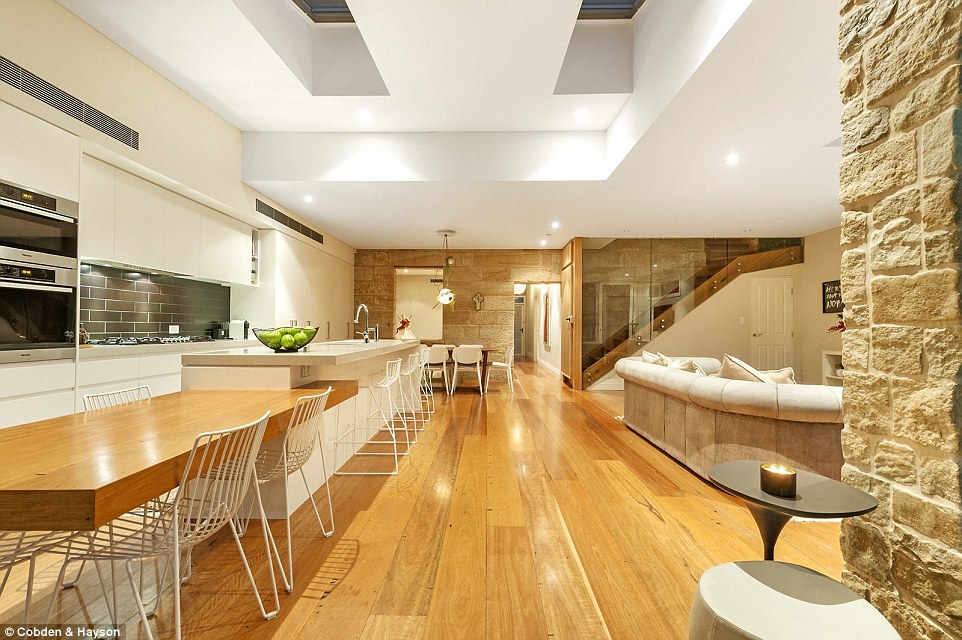 The interior features a mixture of polished wooden floorboards and exposed sandstone walls, with a state of the art kitchen and cooking facilities 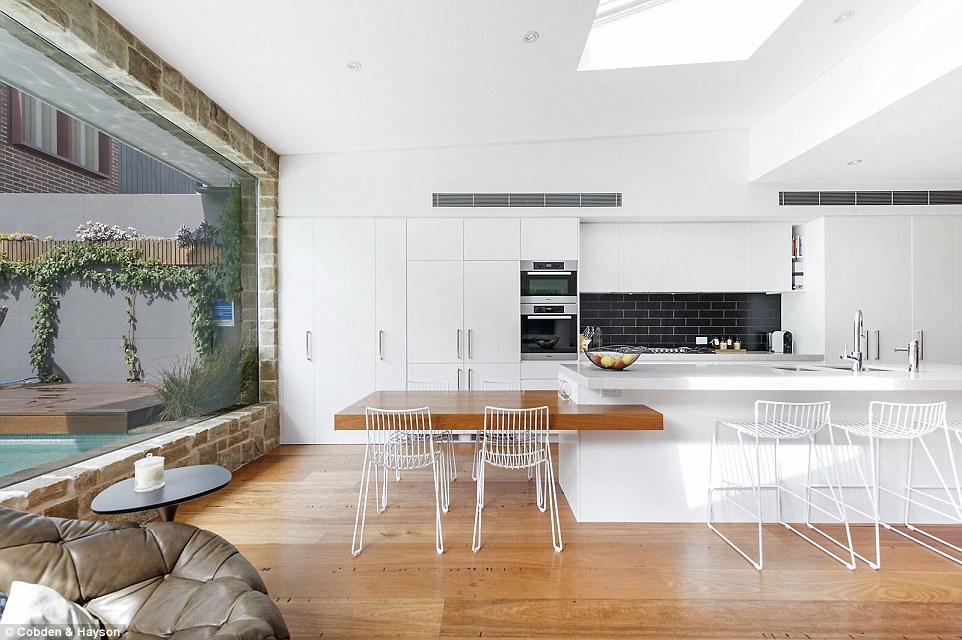 The state of the art entertaining kitchen (pictured) also features a 4.5 metre long island bench and views out over the pool 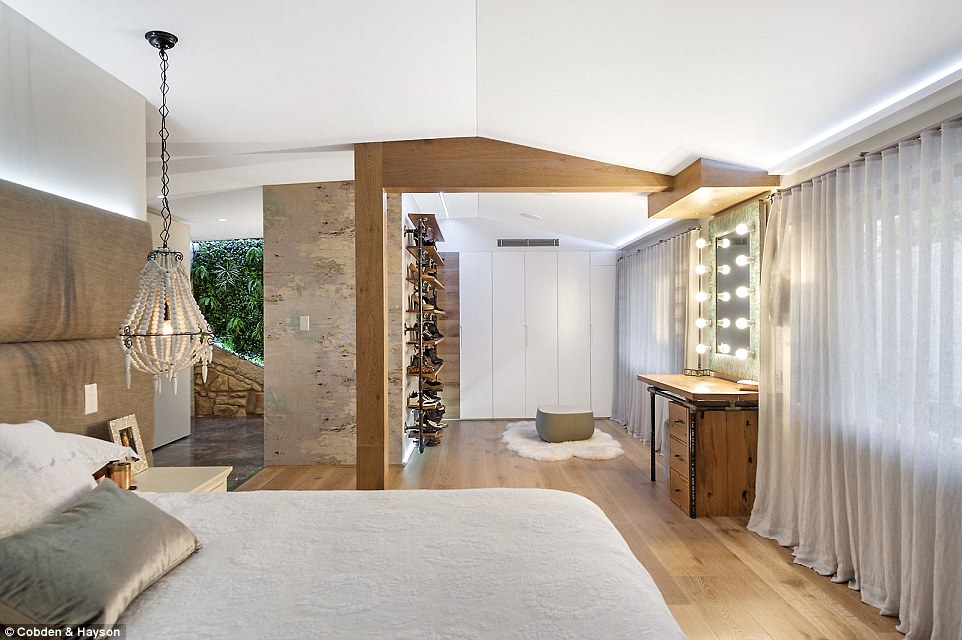 The master bedroom, complete with a small dressing room, shoe racks and a set of built in cupboards on the far wall 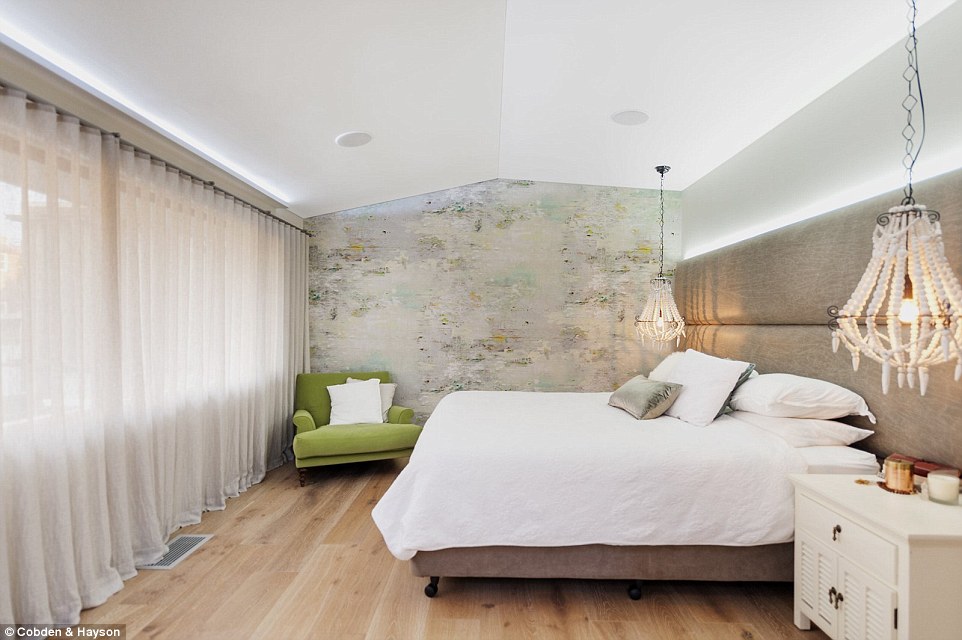 Ms McDonell, who oversees an empire of 420 fitness clubs across Australia, reportedly paid $3.3 million for the Terry Street home when she purchased it in 2014 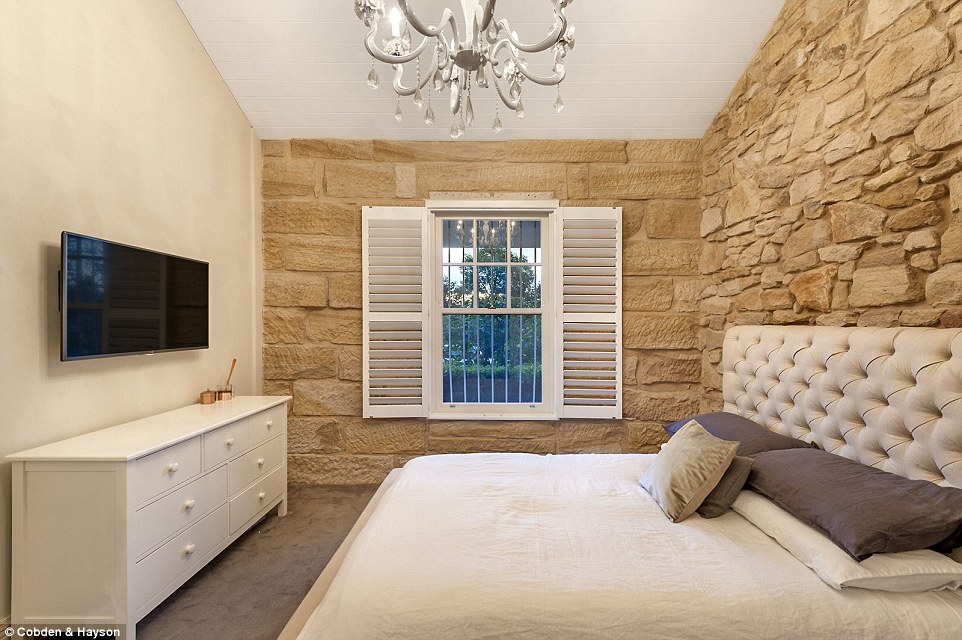 Each bedroom (one of three pictured) also has its own matching bathroom, carpeted floors and exposed sandstone walls 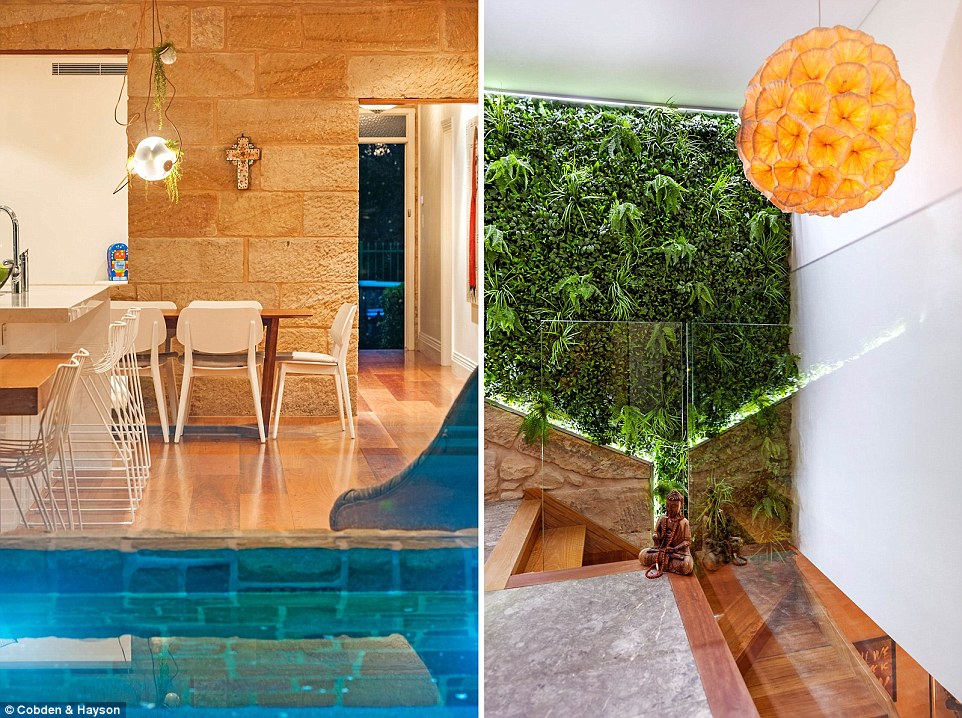 Images showing details of the Balmain home’s interior, featuring a green wall, a colourful light and various artefacts from around the world 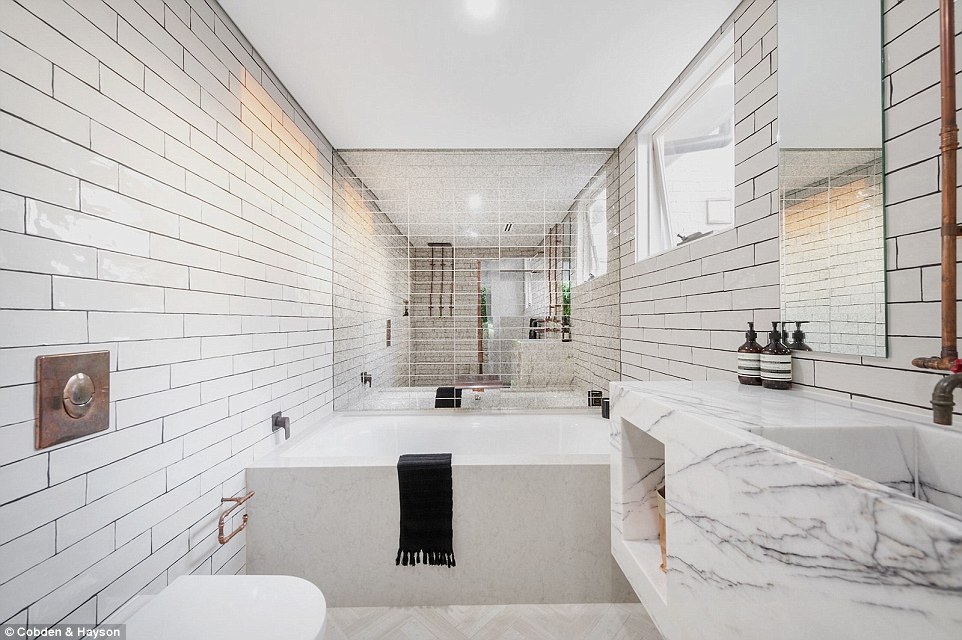 One of the three bathrooms, set in marble and white tiles, with exposed copper pipes, a deep sink and a spacious bathtub 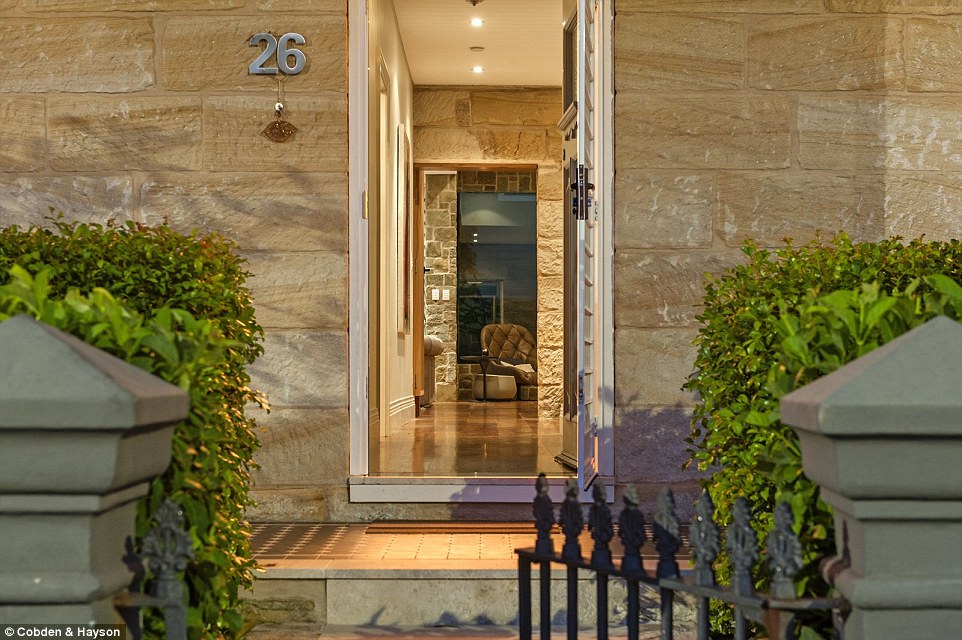 Details of the front hallway leading into the home, showing the interior sandstone walls and tiled front terrace area 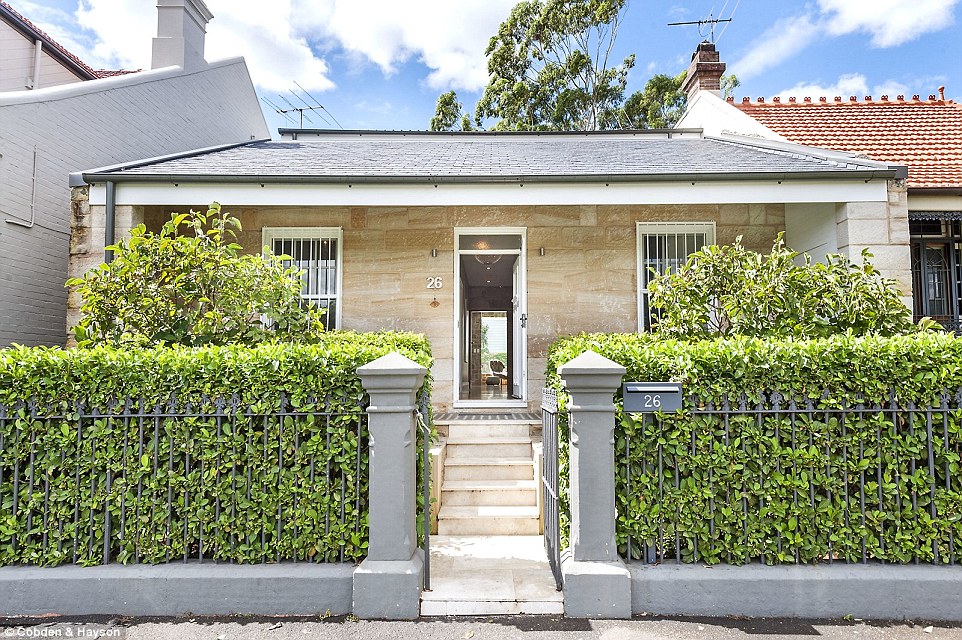 The street front of the Balmain home. Real estate agents Cobden & Hayson are auctioning the property on April 28