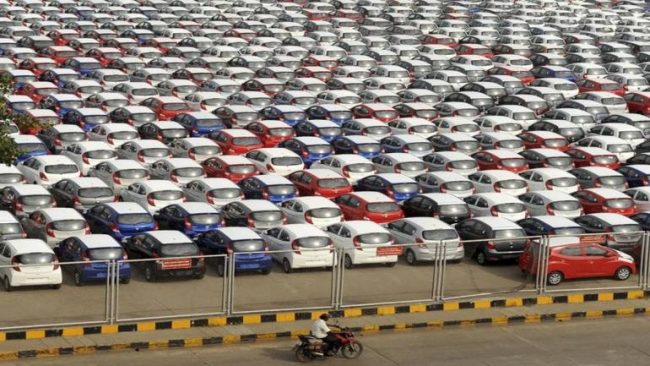 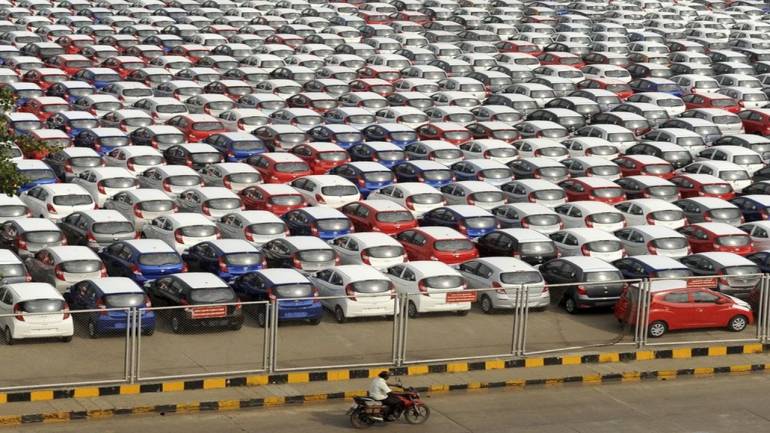 Auto sales improved in October on a month-on-month basis on the back of festival buying on Dussehra and Diwali, but the spark is probably not enough to touch off a rally in the automobile space, say experts.

The slowdown-hit industry witnessed some pick up in October, mainly on the retail side. The sector is plagued by various issues such increased regulatory requirement, payload capacities under the implementation of a new axle, lingering issues of financial crunch and high base.

Tata Motors registered a 34 percent YoY decline in commercial vehicle sales, led by 62.2 percent drop in the M&HCV segment and 19.6 percent in LCVs.

The car segment did relatively better during the festival month. The leader, Maruti, posted a 6 percent growth in volume. But, Tata Motors’ and M&M’s passenger car segments saw a fall of 28 percent and 23.1 percent, respectively.

Hero, the leader in the two-wheeler space, reported a sharp 18.4 percent YoY decline in volume. Bajaj Auto and TVS, too, saw a decline of 13.9 percent and 20 percent, respectively.

Eicher, the leader in the premium bike segment, however, witnessed a growth of 2.1 percent in its monthly sales numbers.

What should investors buy or sell in auto space?

Should one invest in auto stocks available at mouth-watering valuations? Experts say the recovery in the sector is some time away and investors should wait for some confirmation or consistent numbers from the auto space but there are some buying opportunities. Experts are of the view that the festive cheer of October is unlikely to be carried into November, which they again expect to be a muted month.

“The auto numbers declared so far are definitely encouraging on the PV front, while CV sales are still muted. It is important to see whether the companies continue to resort to heavy discounts in order to push sales as that could have an adverse impact the margins,” Ajit Mishra, VP Research, Religare Broking told Moneycontrol.

“Thus one should wait for couple of months to ascertain whether the demand has actually revived or it was a temporary relief for the auto manufactures,” he said.

“The auto numbers declared so far are definitely encouraging on the PV (passenger vehicle) front, while CV sales are still muted. It is important to see whether the companies continue to resort to heavy discounts in order to push sales as that could have an adverse impact the margins,” Ajit Mishra, VP Research, Religare Broking, told Moneycontrol.

“Thus one should wait for a couple of months to ascertain whether the demand has actually revived or it was a temporary relief for the auto manufactures.”

Here is what experts have to say on the auto space and stocks:

November will see a sharp YoY decline in sales as 2018 Diwali was in that month. Excessive rain in some parts of the country will have a negative impact on rural income.

We like Bajaj Auto, which is now finding good traction in export markets. On the PVs, we still like MSIL, as it is a market leader in the segment and has an array of models. Its strength in the rural markets is also a positive. However, on valuations we find it expensive.

We also like M&M, as a robust monsoon will trigger UVs as well as FES growth. Within the CV space, Ashok Leyland, which is away from global headwinds, is good.

As per the latest data, numbers look below the consensus. However, on an MoM basis, cars have shown improvement, while 2 and 3- wheelers are muted. This improvement is centric to a few players saying that it may not sustain in the short-term. The economy is still slow and it is reflected in the sluggish demand for commercial vehicles.

Tractors have shown signs of pickup due to a good monsoon. We believe that the transition to BS-VI and revival in core sectors will be the key trigger for change in the fortunes of the sector. In terms of sector stocks, performance has been weak and largely factored in the valuation.

Auto numbers have been encouraging. However, Maruti Suzuki India is still a long way from getting the premium 30x multiples, which it commanded in the past. To get there, it will have to start doing sales volume numbers of 160-170K per month.

However, this will still yield lifetime low margins and ROEs, thereby offering profit booking opportunities every time it crosses Rs7,500-7,700. As a house, we have a ‘sell’ rating on the stock, with a target price of Rs 5,700 based on 23x FY21E earnings.

TVS Motor numbers were disappointing on the two-wheeler side. We expect Hero Motors and Bajaj Auto to throw up positive surprises, led by festival seasons sales, rural demand and strong support to the channel, coupled with a focus on liquidating BS-IV inventory.

Eicher Motors may do well on liquidation of inventory for the quarter. However, competition from Jawa and cannibalising its products portfolio between 500CC & 650 CC, as well as between Classic 350 & Bullet 350, could hamper expectations of incremental volumes.

Exports could throw up major surprises in the coming months, as October data showed. We expect the pain in CVs to continue for some more time before economic activity picks up significantly.

The sector witnessed a bottoming out in July-August, and we may see positive spurts on performance for companies such as Hero Motocorp, Bajaj Auto and TVS Motors.