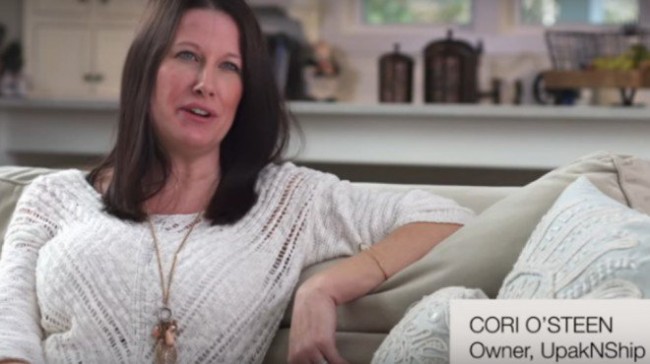 America has always been considered the land of opportunity. With the advent of the Internet and eBay, the whole world is getting in on the act. For Cori and Beau O’Steen, eBay was the stairway to the world of commerce with their business,UpakNShip, a shipping materials supply store.

UpakNShip was founded in January 2003, when Cori O’Steen — fresh from a divorce — looked around for something she could do from home. Working from home was important to the newly single mother of two. At first, she sold clothing on eBay and gradually moved into packing supplies.

Starting with doing it all from her home, the business has expanded into two warehouses, one in South Carolina and one in California. UpakNShip sends out about 5,000 shipments per month and has averaged 50 percent growth per year for the last few years.

Beau O’Steen joined this small team when he married Cori and, after leaving the U.S. Marines in 2007, became part of the business. The division of work allows Cori to stay home in spite of the massive growth in the business and take care of orders and supplies via Internet. Beau takes care of matters at the warehouses. Beau laughingly says on a video made by eBay below, “If you want to sell on eBay, have a super-smart wife in charge.”

The O’Steens, grateful for the prosperity of their business, wanted to share it. Since Beau had served tours in Iraq and Kuwait, returning servicemen and their struggle with mainstreaming into civilian life spoke to them.

Their choice of charity … Operation Family Fund (OFF), a non-profit in California that provides assistance to returning veterans.

OFF’s mission statement says: “To assist the injured and families of the those who have been injured as a part of the Global War on Terrorism, whether domestic or abroad, military or civilian, with financial grants for transitioning to their new circumstances and achieving financial self-sufficiency.”

The O’Steens have made giving an ongoing process by giving all the proceeds from their bidding auctions on eBay to Operation Family Fund. The rest of the business, direct sales through eBay and their website, supports the business.

Giving to help others makes success in business meaningful. Cori says in an interview with Web.com: “Being an entrepreneur is not about what you are selling, so do not get overly fixated on the product. It is about being a business owner, and there is nothing else I would rather do to earn a living.”