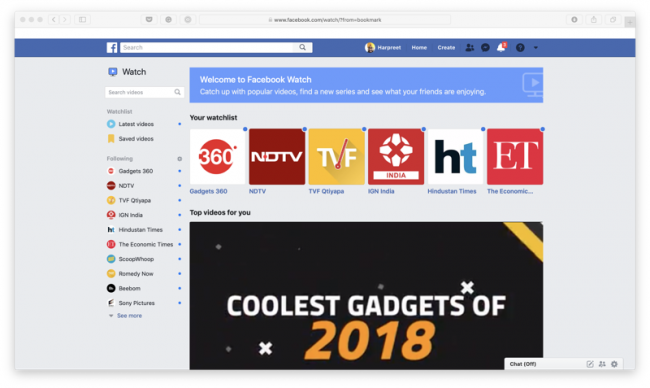 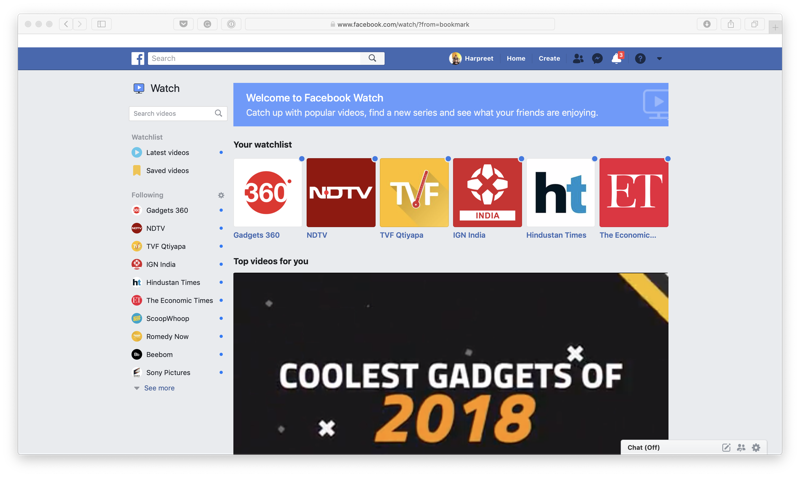 Facebook has announced that its video platform Watch has clocked 400 million users who view content at least for a minute per month. Out of these, 75 million users watch videos for least one minute per day with an average of 20 minutes per day. The social media giant also announced the arrival of the free video hub in worldwide on both desktop and Facebook Lite.

In addition, Facebook is also introducing Ad Breaks in 14 additional countries around the world, including India. This brings the total number of countries with Ad Breaks availability to 40. The feature will be available to only a handful of eligible pages on Facebook, the company said in a blog post. Earlier in August this year, Facebook had started rolling out Ad Breaks to pages with at least 10,000 followers which managed to generate over 30,000 one-minute video views in the past two months.

Facebook says it wants to increase the number of ways publishers and content creators can make money on its platform. Apart from bringing Ad Breaks to more countries, the company will also test better Ad Breaks placements such as in between live streams from gamers, etc. Facebook is also expected to bring its Brand Collabs Manager to more countries next year.

Meanwhile, Facebook has slashed funding for a few original news shows, according to a report on The Information. These shows are being made in alliance with major news outlets such as Buzzfeed, CNN, and others. The report also suggests that Facebook’s ad revenue from Watch has been below expectations, but its overall budget for news-related content will still remain at $90 million.

Facebook will continue funding its Originals and has announced second seasons of Huda Boss, Five Points, Sacred Lies, and Sorry For Your Loss. Apart from original programming, Facebook claims it is also looking to expand its video platform by extending partnerships, licensing content, and other ways to bring more audiences to its platform.

The social networking giant has also been gradually rolling out Watch Party feature globally since summer this year. The company claims the feature has been used over 12 million times in Groups alone with Watch Parties getting more engagement than regular videos posted in Groups. Facebook is working towards unifying the video experience across its platform. Right now its users consume video on multiple devices and at different places. The company will be testing out a few changes in the coming months to make videos more engaging.