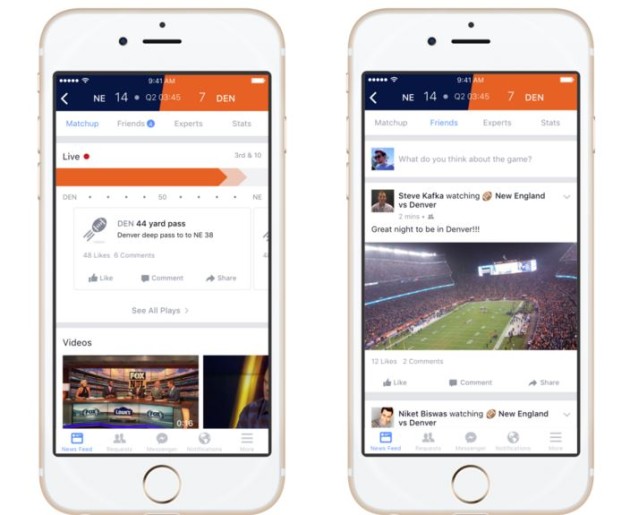 Facebook recently announced a new feature called “Facebook Sports Stadium” that provides a place for you and your friends, or the public at large, to share in the experience of a sports game. In the past, folks might have gone to Twitter to offer their opinions, so you can see why Facebook wanted to offer something to cater to those fans.

Facebook Sports Stadium allows users to comment on plays, read comments from journalists and other experts, keep track of stats, play-by-play moves, scores and other information. “You can follow the action as the game unfolds with a live play-by-play, and even like, comment on, and share individual plays,” Facebook said. “You can also get up to speed quickly with live scores and the most discussed plays. It’s a second-screen experience that we hope makes watching the broadcast even better.”

Again, it sounds almost like the same color commentary you’d get on Twitter from sports fans, but this just gives everyone a portal to scream into when someone misses a field goal. It’s a neat idea, but I wonder if many people are actually going to use it.

Facebook Sports Stadium supports American football now, but basketball and soccer are coming soon, too. It’s launching on the iPhone first with other platforms expected “in the coming weeks.”