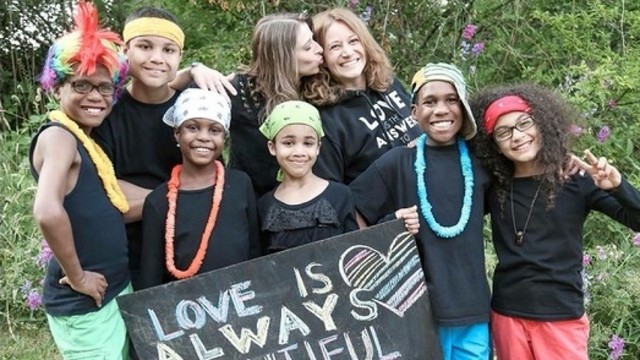 — New documents were released Tuesday from Clark County investigators related to the deaths of a Washington family whose disappearance gripped the country this spring.

Jennifer and Sarah Hart, and their six adopted children, disappeared from their Woodland home in late March – shortly after a Washington Child Protective Services caseworker tried to contact the women at home. Neighbors had called CPS, concerned that the children were being abused and neglected.

The Hart family’s SUV was soon after found crashed off a northern California cliff in Mendocino county, killing the couple and four of the children. Jennifer Hart, who was driving at the time of the crash, was under the influence of alcohol, while some of the children had a Benadryl-type drug in their system that causes drowsiness. Two of the six kids, Devonte and Hannah, remain missing.

KOIN 6’s reporting following the crash revealed the family left behind a trail of child abuse concerns in three states, including Washington. Oregon investigated the family in 2013, and ruled that while there were some indications of abuse or neglect, there was insufficient data to conclude child abuse or neglect had occurred. In Minnesota, where the Harts lived while they adopted the six children, Sarah Hart was found guilty of misdemeanor domestic assault in 2010, after daughter Abigail complained of abuse.

The documents provided to KOIN 6 News on Tuesday raise new questions about what was happening with the family behind closed doors.

After adopting Markis, Abigail, and Hannah Hart in 2006, the Harts looked to continue growing their family through adoption. A 2007 document filed by a Minnesota adoption worker indicated that while the Harts had initially wanted to adopt only three more children, they changed their minds and were open to considering sibling groups of up to five kids – which would have meant eight adopted children in total.

Before the adoption of Jeremiah, Sierra, and Devonte in 2009, a Texas adoption caseworker wrote a glowing letter about the couple, calling them “open, loving, and understanding.” The caseworker said Markis, Hannah, and Abigail had blossomed in the family’s home.

“I would have no problem placing kids of any age, race, or sex in this home because I know they would be loved and cared for beyond anything I could hope to have for them,” the caseworker wrote. She called herself a friend, adding that she would “highly recommend” them to anyone seeking an adoptive family for children.

And even after the adoption of Markis, Hannah and Abigail made the Harts a family of eight, the couple looked to continue growing their brood.