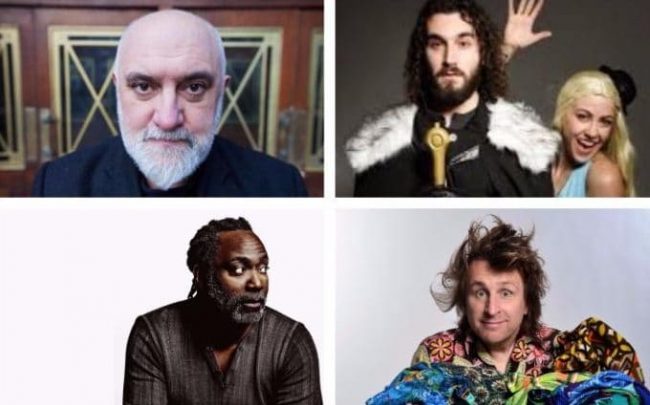 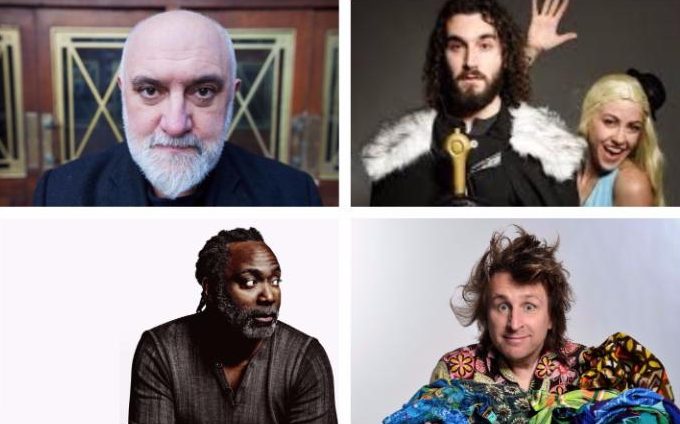 The Edinburgh Fringe kicks off on August 4, with previews from August 2. Here’s our pick of this year’s comedy line-up. (For tickets, visit tickets.edfringe.com)

The godfather of alternative comedy returns to the Fringe for only the second time in 37 years with a new show that, in typical anarchic fashion, has neither a title nor any information about its content. But who cares? It’s guaranteed to be intelligent, funny and acerbic – and it might include a tale or two from his second volume of memoirs, Thatcher Stole My Trousers.

This London-born stand-up has quickly established himself as an acute social observer. His latest show is about the worldwide pursuit of wealth, power and pleasure. Baptiste dives into some serious politics, but it’s always with a sense of fun.

The impressionist and stalwart of Radio 4’s Dead Ringers must be keeping everything crossed that Theresa May survives at No 10 until the end of the run; hers is an uncannily good rendition of the Prime Minister, but so is her Diane Abbott, a character for whom the lines must surely write themselves.

The debut solo show from one half of the superb sketch duo Watson and Oliver. Oliver (whom you may recognise as Petronella Osgood in Doctor Who) performs an eclectic mix of characters who are all giving the speech of their lives, including a teary Oscar acceptance speech, a TED talk, and a bridal toast.

Giants: For an Hour

This well regarded musical-sketch duo comprises Will Hislop (son of Private Eye editor Ian) and Barney Fishwick, who made an acclaimed Fringe debut last year. Their sophomore show is about the young Oxford graduates’ lifelong friendship, and the twosome go boldly meta as they explore their relationship while deconstructing the conventions of sketch comedy.

Anticipated Fringe debut from the South Africa-born, New Zealand-based comic, a straight-up gag teller who won the Director’s Choice award at this year’s Sydney Comedy Festival and raises important questions of the day, such as when did it become unacceptable to like meat and impossible to process gluten?

The team behind the smash Fringe hit Baby Wants Candy return with this updated musical parody of Game of Thrones. You don’t have to be a GoT fan to enjoy a warped version of the show’s endless plot twists and turns, as the cast cram six series-worth of pseudo-historical mythic nonsense into 75 minutes of song, dance and just plain silliness. It’s promised that series seven updates will be thrown in as the month progresses.

The Not So Late Show With Ross and Josh

Debut show from Ross Brierley and Josh Sadler, creators of the wonderful UK Garage Horse Racing, who are inspired by (ie, shamelessly pilfer from) many sources, including Reeves and Mortimer and US chat shows. A late-night slot is perfect for this show, a melange of chat, sketch, multimedia, music, audience interaction and daftness.

Shazia Mirza is the kind of comic who is unfazed when the response to her material is a sharp intake of breath. Her previous show, The Kardashians Made Me Do It, was her most successful yet and this new hour is about the lies we tell – The truth, she says, is so 1980s.

The hugely likeable Geordie was once a Fringe regular, playing small venues but with a devoted loyal following, before his accomplished debut as a film actor in Ken Loach’s I, Daniel Blake last year catapulted him to worldwide fame and gained him several awards. This show – in a rather bigger space now, of course – describes the experience.

A legend of the Fringe returns with a show that is guaranteed to be worth an hour of your time. Part raconteur, part controversialist, the ever curious Irishman meanders down many an interesting alley as he delves into the politically uncertain times we live in – and wonders if we really could be overtaken by robots.

UK debut for the Emmy award-winning US stand-up, who applies her whip-smart comedy to confront what she calls her complicated relationship with Jesus, America and death in the age of Donald Trump, which West Coast liberals like her thought they would never see. Schaefer has a great comedy pedigree both as a performer and writer for, among others, the Hollywood comedian Amy Schumer and the American talk-show host, Jimmy Fallon.

There is a lot of buzz about this young performer – and if you like your comedy experimental, daft, physical and on the fly, then he’s for you. The show is about his dear departed Nanna, who died at the age of 95 in 2015, and this is a tribute to her. Or so Brookes says…

The young Irish comic, as camp as a row of scouts and as filthy as you like, was nominated for best show at last year’s Edinburgh Comedy Awards. Once destined for the priesthood after being a child actor, the energetic comic has just been unveiled as host of Irish TV’s version of Blind Date, and is sure to spread his wings before long – see him while he’s still doing stand-up in small rooms.

The American may have a laidback air and a mellow Deep South voice, and his anecdotal style is certainly easy on the ear, but he loves to dig his audiences in the ribs with his take on race and politics and some unabashedly individual views.

The Mock the Week regular is one  of the best one-line gagsters in the business. His latest show is apparently about his life so far, but since he sees things so very differently to most people, you can expect something altogether  dafter than that summary suggests.