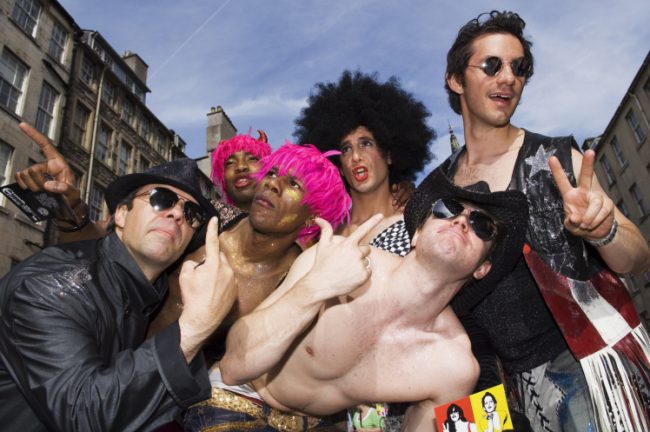 The largest arts festival in the world unsurprisingly draws in massive crowds from across the globe.

Any Edinburgh resident usually detests this time as one where it takes twice as long to traverse town, queues for the bar are three times as long and you’re going to get stopped to ask where the castle is at least four times a day.

But the licensing hours are extended so you can at least drink your sorrows away.

For those visiting Edinburgh for the festivals you need to know what you’re doing.

Don’t fall into the same trap as many others that have trod the Capital’s cobbled streets before you.

Not realising that there is more to the festivals than comedy

Everyone knows about the Fringe but in August the Edinburgh International Festival (the actual festival) runs alongside the Fringe (what people mistake as the festival).

EIF presents world-class music, theatre and dance, while you can also find these art forms in the fringe plus art, kids shows and exhibitions.

Getting on the bus without the correct change

In a bid to reduce the frustration of every Edinburgh resident as soon as a tourist gets on their bus, Lothian Buses have plastered huge signage across bus stops explaining in several languages how to get on an Edinburgh bus.

For some reason this doesn’t work.

So I’ll say this just once: Edinburgh’s. Buses. Don’t. Give. Change. Or. Take. Cards.

It might be home to several festival venues so feel free to go there for actual shows.

But it is still only acceptable to drink or eat in the Grassmarket if you are a) underage b) on a stag do or c) actually no other reason.

Trying to go to too many shows

Rising at 7am to make a show before breakfast, rushing across town to different niche venues, queuing for extra tickets released for that must see showing and clocking your sixth before you have even got to dinner time.

That is not fun.

Go to the Pleasance.

That is what the festival is really about.

There are more street performers and flyer folk than posh English students in Edinburgh.

Or perhaps all the posh English students stay on for the summer to be said street performers and flyer floggers.

Seeing an Aussie swallow a sword was exciting the first time.

But stopping every two metres on the Royal Mile for another performer or to find out about the latest am-dram isn’t going to get you anywhere.

Queuing to buy tickets at the Fringe box office

This hasn’t been necessary for most of this millennia.

You know that thing called the internet?

It enables you to buy tickets in advance – even on the same day in some occasions – and you can then swoop in and use the collection machines in the box office instead of standing in queues to buy them from tellers.

Alternatively, many venues sell tickets directly and the half-price hut is always worth checking out for the day tickets.

Why are Scots known for being tight?

Probably because not many of them have actually paid for a festival ticket in their life.

The festival and fringe are home to hundreds of street performers plus two free festivals: PBH’s Free Fringe and The Free Edinburgh Fringe Festival.

These enable everyone to access great (and not so great) shows for little or no money.

Some people even perform in their pants.

Don’t be a total scrooge though – throw at least some coppers in the bucket at the end.

Claiming they have Scottish ancestry

When an act asks where you’re from and the answer is Canada or Spain that is fine.

Just don’t back that up with, ‘But I’m part Scottish/my great-great-great-aunt was Scottish/I once heard a Scottish song’.

Nobody cares, we already know we’re the best nationality in the world without everyone else trying to get in on it.

Just don’t do this.

It needs no explanation.