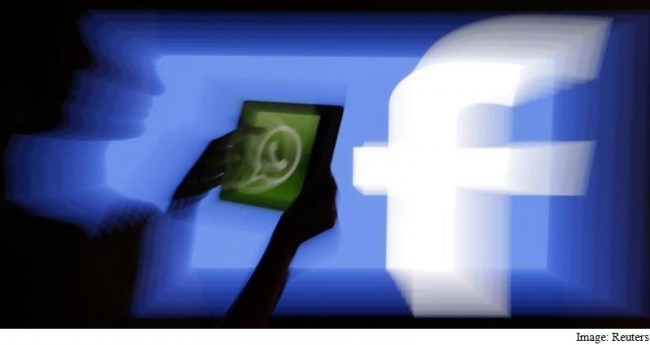 Delhi High Court Seeks Centre’s Response on WhatsApp-Facebook Data Sharing
HIGHLIGHTS
WhatsApp updated its privacy policy earlier this month
It has, thus, stirred a controversy among the users
Delhi HC has asked govt. to submit replies by September 14
WhatsApp’s recent decision to share user data with parent company Facebook has reached the doorstep of the Delhi High Court, which sought the government’s response on the modification of the new privacy policy.

In a controversial move, the popular messaging platform has said it will begin “coordinating” accounts with Facebook by sharing users’ mobile phone numbers and device information with Facebook. It is, however, giving users a 30-day window to opt out of sharing their details.

(Also see: How to Stop WhatsApp From Sharing Your Details With Facebook)

The plans of WhatsApp – which has long promised to safeguard the privacy of more than 1 billion users — had rung alarm bells among privacy advocates.

Following a petition by two users, a High Court bench issued notice to the Centre, asking the concerned authorities to file their reply by September 14.
The petition had alleged that WhatsApp, Facebook Inc and Facebook India Online Private Limited’s new private policy “compromises the rights of its users”.

The current privacy policy is in “stark contrast” to the one from July 7, 2012, the petition read. The revised policy of August 25, 2016, “severely compromises the rights of its users and makes the privacy rights of users completely vulnerable,” the plea alleged.

The new policy, which is likely to come into force from September 25, has sought to change the “most valuable, basic and essential feature” of WhatsApp, the petition read.

It “unilaterally” threatened to “take away the protection to privacy of details and data of its users and sharing the same with Facebook and all its group companies including for the purpose of commercial advertising and marketing”.

Appearing for the petitioners, senior advocates Sandeep Sethi and Pratibha M Singh, called it a “very serious breach of policy”.

The manner of taking consent was “highly deceptive in as much as almost the entire community of users of WhatsApp in India are not equipped to even read, much less comprehend” the terms and conditions, they said.