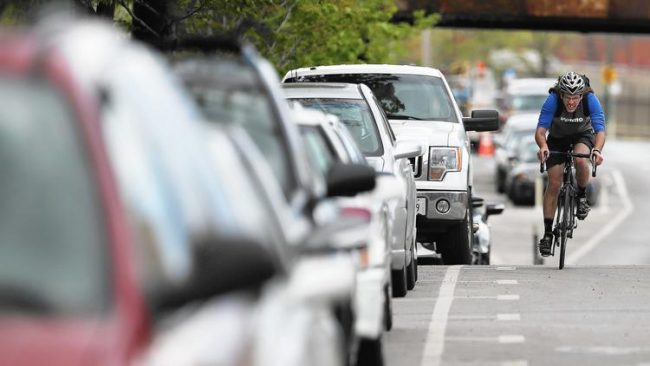 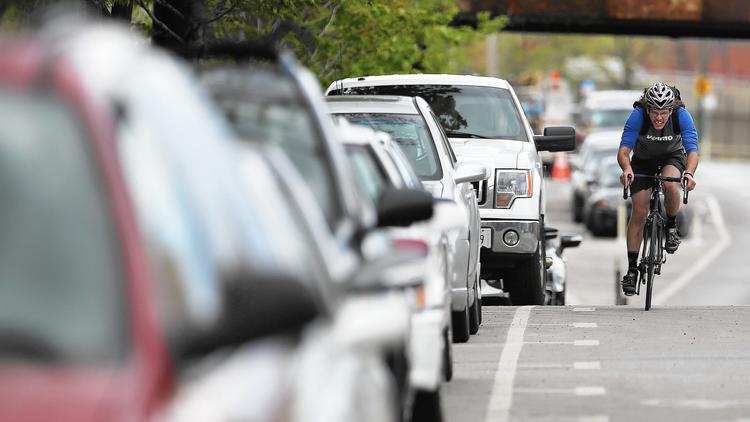 British medical journal published a study this spring that seemed to confirm what dedicated bicyclists had long suspected: Commuting on two wheels is really, really good for your health.

Compared with driving or taking public transit, bicycling to work is associated with a substantially lower risk of heart disease and cancer – and even premature death from all causes. The health benefits of cycling are even more powerful than walking, according to the study.

That’s not to say that biking doesn’t come with risks. Without the protective steel casing of a car, bikers are vulnerable to being hit by distracted drivers or “doored” – knocked off their bikes when someone exiting a parked car unwittingly opens the door into their path.

But even as bicycling is becoming a more popular way to get around, the number of bicyclists injured in crashes with motor vehicles declined 10 percent nationwide from 2014 to 2015, according to the most recent data available from the Department of Transportation. The number of deaths rose 12 percent, but fatalities among bicyclists remain relatively rare. In 2015, 818 U.S. bicyclists died in accidents with motor vehicles, accounting for 2 percent of all traffic fatalities.

The worst cities for fatalities that year were Albuquerque, with nine deaths per million residents; Tucson, with 7.5 deaths; Las Vegas, with six; and Phoenix, with five. In the Districtof Columbia, there were about 1.5 bicycle fatalities per million residents, about the same as New York City. That makes the nation’s capital – where city officials have pushed to improve biking infrastructure – among the safer cities to bike.

But what about the health effects on bicycle commuters riding on exhaust-filled city streets, where they inhale more air pollution from cars, buses and trucks than their counterparts who commute in vehicles and can close their windows?

A 2016 study published in Preventive Medicine suggests that in all but the most polluted parts of the world, the health benefits of biking far outweigh the adverse affects of injuries and of breathing in tiny particulate matter (from car exhausts, among other sources) that lodge deep in the lungs and increase the risk of respiratory diseases and even lung cancer.

Researchers in 2010 found that injuries can subtract five to nine days of life from the average adult cyclist, and air pollution can subtract from one to 40 days, but the benefits of cycling can add three to 14 months to a bicyclist’s life.

“The benefits of active travel outweigh the health risk of air pollution exposure and accident risk by far. The benefits of physical activity are just so overwhelmingly large,” said Hanna Boogaard, an epidemiologist with the nonprofit Health Effects Institute, who worked on the 2010 study.

“However, as a cyclist, if you want to reduce the air pollution exposure and accident risk and you have the possibility, we always recommend to avoid busy roads, and taking smaller roads, even if that would prolong the trip a little bit.”

That the cost-benefit analysis would favor biking makes intuitive sense to Brian Flanagan, who cycles 24 miles each way between his home in Haymarket, Virginia, and his office in Chantilly, Virginia, a ride that takes about an hour and a half. He has noticed the effects of his commute not only on his physical well-being but also on his mental and emotional state.

“I’m much more excited and ready to start the day when I get to work, as opposed to sitting in traffic for an hour,” Flanagan says. “Going home, I tend to go a little slower, more relaxed. By the time I get home, I’m in a better mood to hang out with the kids.”

But you don’t have to bike nearly 50 miles a day – or even close to that far – to realize the benefits of traveling under your own muscle power. You also don’t have to be wealthy. You just have to change your routine (though it also helps to have access to a locker room at work).

The proportion of Americans who bike to work quadrupled from 2000 to 2015, from about 1 percent to more than 4 percent, according to census data.