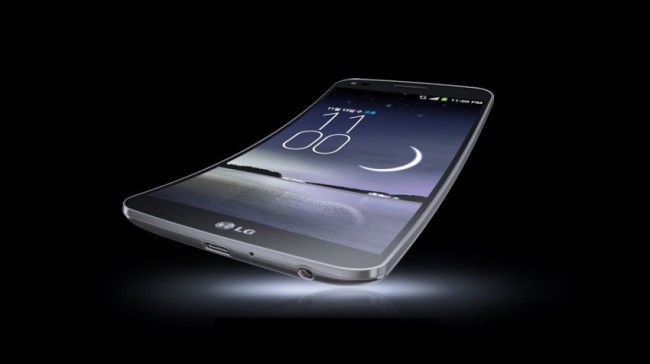 “Curved” is all the rage when it comes to smartphones these days.  In fact, 2014 may be shaping up as the year of curved smartphones.  First Samsung announced one available in Korea at an eye-popping price of about $1,000. Then Apple announced it would be releasing two curved phones sometime in 2014.

And now LG, which announced its own curved smartphone in November, says its phone (pictured) will soon be arriving on U.S. shores.  The G Flex will be available in the United States in the first quarter 2014, through AT&T, Sprint and T-Mobile.

LG made the announcement at the recent Consumer Electronics Show in Las Vegas, IGN reports. The phone, with a six inch curved screen will available from carriers AT&T, T-Mobile and Sprint.

So why does a phone need to be curved, and what are the advantages of curved smartphones over flat / straight smartphones?  According to the LG press release, there are several advantages of this curved phone:

“The vertically curved design of the LG G Flex reduces the distance between one’s mouth to the microphone when the device is held against the ear, as traditional telephone handsets used to. The LG G Flex employs a curvature arc that is optimized for the average face, to deliver improved voice and sound quality. The curved form increases the sound level by 3dB compared to typical flat smartphones. The curved design also offers a more reassuring grip and fits more comfortably in one’s back pocket. What’s more, in landscape mode, the display offers an immersive, cinematic experience, with the result being the most comfortable viewing angle for watching videos or playing games.”

Here’s a review of the device from TechSmartt:

The phone’s curved design supposedly allows it to be more resilient. If weight is applied flattening the phone (say by someone sitting on it or sitting down with it in his or her back pocket), no worries, reviewers say. The  phone will simply bend back to its proper shape undamaged.

There’s also the much discussed “self-healing” back of the device on which minor scuff marks from your keys, for example, when the phone is in your pocket, seem to disappear over time. (Just don’t take a knife to it or anything more extreme.)

So, with all these pros, what kind of negatives could possibly discourage you from buying this phone for your business?  Well, the cost might be one thing.

Android Authority reports that, based on the phone’s current price in its native Korea, it might cost more than $900 here in the states. That might be more than $200 out of pocket even after signing a two year contract and receiving carrier subsidies.