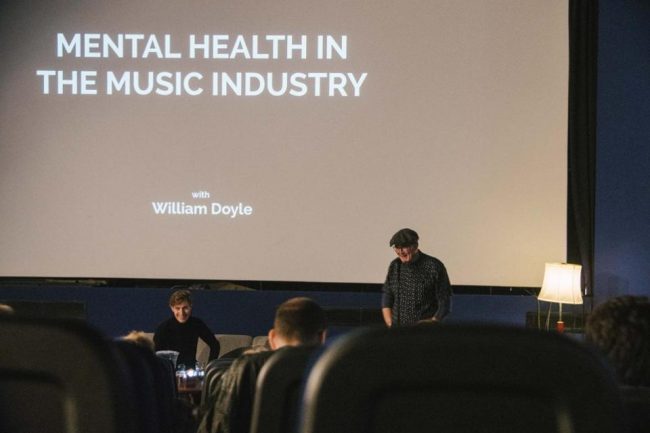 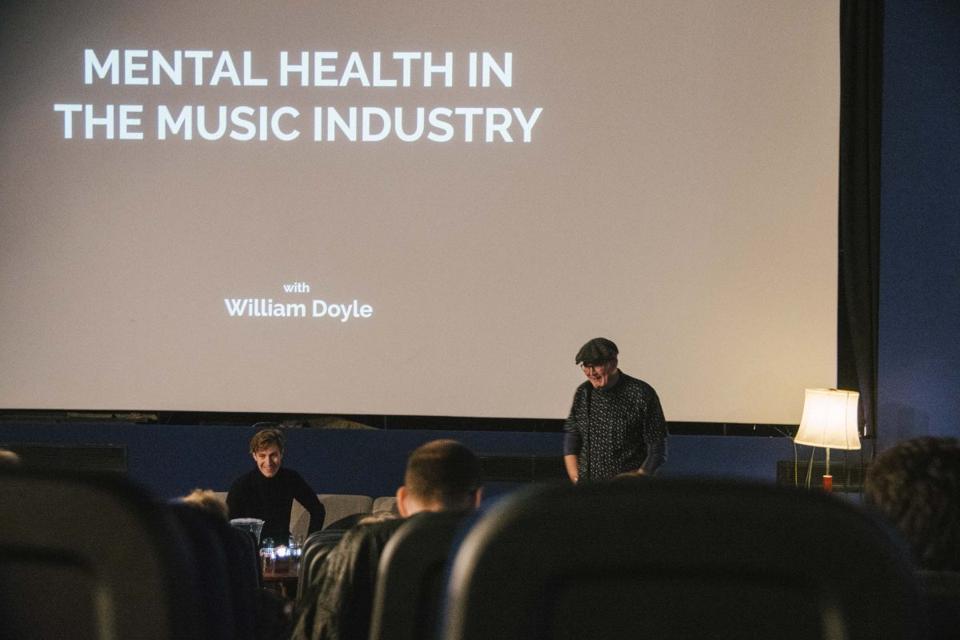 One doesn’t have to look very far to see how mental illness and emotional distress has been romanticized in the music world. But with the recent suicides of both Linkin Park’s Chester Bennington and Sound Garden’s Chris Cornell, the trope of the suffering artist has once again been called into question. Is emotional and mental pain really necessary in order to make art?

No, says William Doyle. In a recent talk at Iceland Airwaves, the 29-year-old artist detailed the emotional distress that came during writing and touring behind his three albums as East India Youth. With record sales trending, downward (according to Billboard, 2016 was the lowest selling year for albums since the 1991 debut of Soundscan) he believed that the only way to maintain a career was to never drop off the radar. (“Although I was complicit in that thinking, no one around me said you should stop,” he noted. “No one discouraged me.”) With alcohol always available (including his final show, sponsored by Absolut Vodka where, enraged, he smashed his gear) and encroaching exhaustion, Doyle found he was regularly suffering from anxiety, depression, and derealization—a detachment disorder/protective mechanism where sufferers feel like the world isn’t real.

Doyle’s challenge to record labels is straightforward: Protect your economic investment and provide mental health coverage for your musicians the same way you do your office employees. It makes sense. As a study funded by Help Musicians UK confirms, musicians are at far greater risk of poor mental health than average office employees. Thanks to social media, they’re living in an age of constant feedback on a craft that hits at the very core of their identity. And due to an unstable work environment, where financial rewards are delayed (if they ever come), musicians are often left with the stress of wondering if their efforts are enough to cover even basic expenses. The costs of finding not only a trained mental health professional to talk to but one that understands the unique challenges of a traveling musician can be insurmountable. All this, as Doyle experienced, can have devastating effects on workflow. He’s glad the conversation is happening but warns that change will take more than just talk.

“I’ve noticed it’s become cyclical,” Doyle notes. “It’s great that we’re speaking out but nothing is being done. I’m worried that we need to put some workable solutions into place.”

His proposal is multifold. Musicians should be considered employees. In-house therapy should be available. And a code of conduct should be drawn up between labels to standardize industry practices for treatment before tours are canceled, albums are put on hold, and money is lost. After all, it isn’t a product labels are investing in—but rather artists’ ability to have a lengthy and productive career.

For his part, Doyle has recovered. After a three-year break and relocating from London to York, the musician scrapped his East India Youth persona in favor of releasing music under his own name. his first album was called the dream derealised, named in honor of the struggle he had experienced. It was only fitting that he donated a portion of the proceeds to mental health charity, Mind UK.

“Through doing that I unwittingly became an advocate for mental health,” he says. “I felt like I had been able to marshal this difficult period of my life into something that can help people. The idea that people are talking about mental health now is great. We’re removing the stigma and that’s great.”