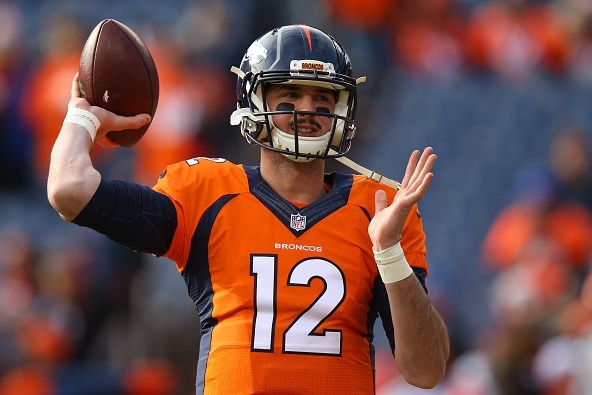 The Denver Broncos are still hoping for big things out of quarterback Paxton Lynch, but there seems to be some discrepancy about his work ethic.

In an interview on the Shan and RJ Show, Bryan Broaddus of the Dallas Cowboys official site discussed the lack of buy in from Lynch in his first year, via the Dallas Morning News.

“I talked to some guys in Denver,” Broaddus explained while discussing the current class of quarterbacks. “They’re having a problem with Paxton Lynch right now because they can’t get him to buy into the things like Dak Prescott bought in, where early in late out, that kind of thing.”

Mike Klis of 9News countered the claim, calling it “inappropriate and false.”

Benjamin Allbright of 104.7 FM Denver also did background to dispute this assertion:

Lynch was selected in the first round of the 2016 draft, but he failed to beat out Trevor Siemian for the starting job. The rookie eventually appeared in three games, totaling 497 passing yards and two touchdowns for a 79.2 quarterback rating.