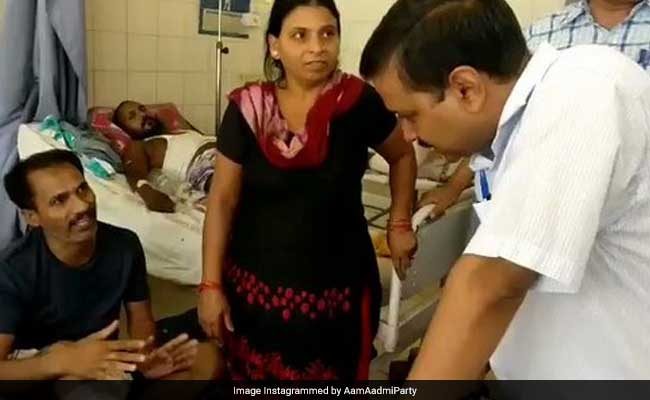 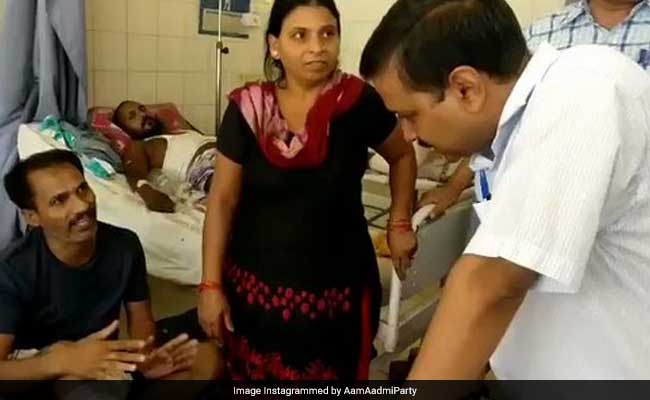 It comes after Mr Kejriwal’s surprise visit to Sanjay Gandhi Hospital last week (File)
NEW DELHI: Chief minister Arvind Kejriwal has said his government will act against officials who are responsible for bills of suppliers not being paid which has led to a medicine crunch at hospitals run by it. He has in a letter instructed Delhi’s top bureaucrat Chief Secretary MM Kutty to respond by tomorrow on why bills have not been paid and asked him to build a system to ensure officers are held responsible for such lapses.

The Chief Minister’s letter follows a surprise visit at a government-run hospital last week. He did not route it through Satyendra Jain, Delhi’s Health Minister.

This is Arvind Kejriwal 2.0, who deals directly with bureaucrats despite having ministers for various departments, and tasks them with ensuring work is done.

So when he decided that all ministers, including him, will meet people for an hour every morning from June 1 without any appointment, he asked top officials in each department to ensure a schedule. He has asked the PWD Secretary to personally supervise the cleaning of drains in the capital before the monsoons to ensure roads are not flooded.
Sources said the change in the Chief Minister’s way of working has come after feedback that his Aam Aadmi Party got from general public and party volunteers, once seen as an anti-corruption party, is now more an anti-Modi party owing to Mr Kejriwal’s bitter and wordy duel with the BJP-led Centre over administrative control in Delhi.

Since the Lieutenant Governor, the Centre’s representative in Delhi, has much of that control, Mr Kejriwal’s ministers have been unable to push the work they want done, the party feels, but are blamed by the public for non-performance.

Ministers have claimed that bureaucrats and other officials too pay scant heed to them and by directly making them responsible for tasks the Chief Minister hopes to ensure much smoother functioning. He has also stopped attacking Prime Minister Narenda Modi for everything, party sources pointed out.

The assessment was done after AAP’s debacle in Delhi’s civic elections last month, only two years after it swept the assembly elections. Mr Kejriwal also wants to fix gaps like the complaint that in these two years leaders of the party have lost touch with the grassroots and the people.