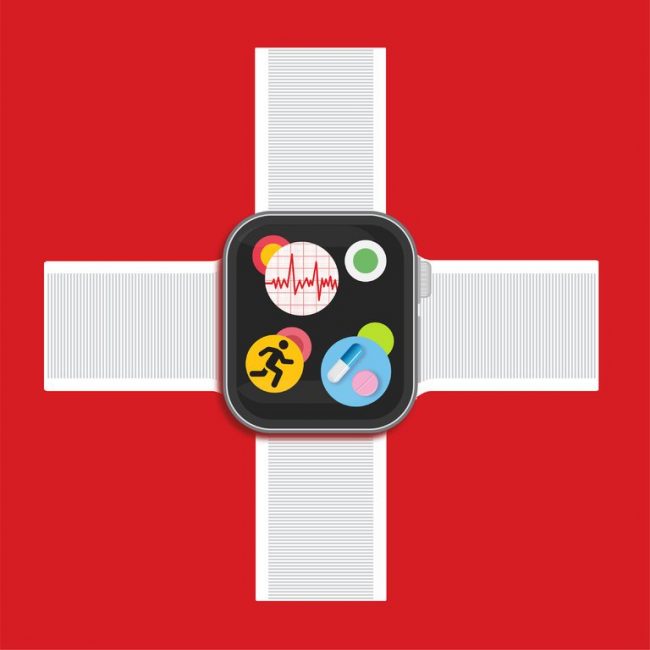 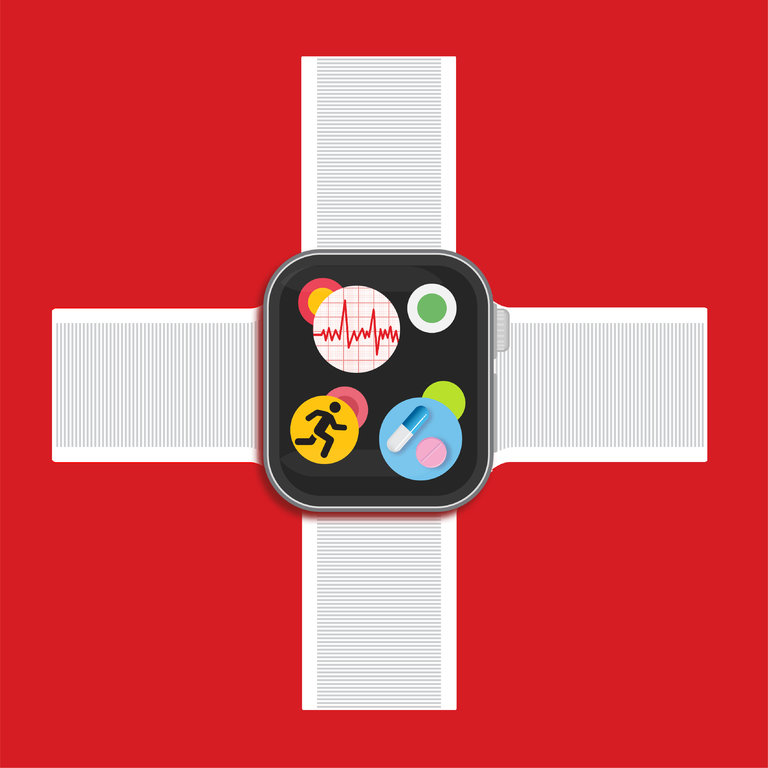 When Daniel Poston, a second-year medical student in Manhattan, opened the App Store on his iPhone a couple of weeks ago, he was astonished to see an app for a new heart study prominently featured.

People often learn about new research studies through in-person conversations with their doctors. But not only did this study, run by Stanford University, use a smartphone to recruit consumers, it was financed by Apple. And it involved using an app on the Apple Watch to try to identify irregular heart rhythms.

Intrigued, Mr. Poston, who already owned an Apple Watch, registered for the heart study right away. Then he took to Twitter to encourage others to do likewise — suggesting that it was part of a breakthrough in health care.

“It’s not inconceivable, by the time I graduate from medical school,” Mr. Poston said, “that the entire practice of medicine can be revolutionized by technology.”

Apple, Google, Microsoft and other tech giants have transformed the way billions of us communicate, shop, socialize and work. Now, as consumers, medical centers and insurers increasingly embrace health-tracking apps, tech companies want a bigger share of the more than $3 trillion spent annually on health care in the United States, too. The Apple Heart Studyreflects that intensified effort.

The companies are accelerating their efforts to remake health care by developing or collaborating on new tools for consumers, patients, doctors, insurers and medical researchers. And they are increasingly investing in health start-ups.

In the first 11 months of this year, 10 of the largest tech companies in the United States were involved in health care equity deals worth $2.7 billion, up from just $277 million for all of 2012, according to data from CB Insights, a research firm that tracks venture capital and start-ups.

Each tech company is taking its own approach, betting that its core business strengths could ultimately improve people’s health — or at least make health care more efficient. Apple, for example, has focused on its consumer products, Microsoft on online storage and analytics services, and Alphabet, Google’s parent company, on data.

“The big-picture reason that a lot of these tech companies are getting into health care now is because the market is too big, too important and much too personal to their users for them to ignore,” said John Prendergass, associate director of health care investment at Ben Franklin Technology Partners, a nonprofit organization in Philadelphia.

Physicians and researchers caution that it is too soon to tell whether novel continuous-monitoring tools, like apps for watches and smartphones, will help reduce disease and prolong lives — or just send more people to doctors for unnecessary tests.

“There’s no shortage of hype,” said Dr. Eric Topol, a digital medicine expert who directs the Scripps Translational Science Institute in San Diego. “We’re in the early stages of learning these tools: Who do they help? Who do they not help? Who do they provide just angst, anxiety, false positives?”

The tech industry is certainly no stranger to health. IBM, Intel and Microsoft have long provided enterprise services to the health care industry.

But now they, and other companies, are more visibly focused on creating, or investing in, new kinds of technologies for doctors, patients and consumers.

This year, Amazon was one of the investors in a financing round for Grail, a cancer-detection start-up, which raised more than $900 million. Apple acquired Beddit, a maker of sleep-tracking technology, for an undisclosed amount.

And Alphabet, perhaps the most active American consumer tech giant in health and biotech, acquired Senosis Health, a developer of apps that use smartphone sensors to monitor certain health signals, also for an undisclosed amount.

This year, Verily introduced a health research device, the Verily Study Watch, with sensors that can collect data on heart rate, gait and skin temperature. Now, the watch is to be used in a research study, called Project Baseline and financed by Verily, to follow about 10,000 volunteers.

Participants in the Project Baseline study will also be asked to use sleep sensors in their beds, and to have blood, genetic and mental health tests. Using data analytics and machine learning, researchers hope to get a more detailed picture of the progression of diseases like cancer.

“We are creating devices that collect information, new molecular assays — and all of that is just to try to understand health at a deeper level,” said Dr. Jessica L. Mega, Verily’s chief medical officer.

Apple is taking a different approach — using its popular iPhone and Apple Watch to help consumers better track and manage their health.

“Apple is trying to drag medicine from where it currently takes place — in hospitals and clinics — and move it to the consumer side, to your phone,” said Malay Gandhi, an executive in residence at Greylock Partners, a venture capital firm.

In 2015, Apple introduced new software, called Apple ResearchKit, for health researchers. Stanford used it to develop an app to enroll volunteers in a heart study and track their physical activities, sleeping hours and fitness.

Dr. Lloyd B. Minor, dean of the Stanford University School of Medicine, said the app enabled researchers to smoothly enroll more than 54,000 patients — a large number for a study conducted by one medical center — and collect much more data than they could have otherwise.

Stanford is also conducting the Apple Heart Study. It is intended to determine whether an app for the Apple Watch can accurately detect irregular heart rhythms — particularly those associated with atrial fibrillation, a condition that can lead to blood clots and strokes.

If the app detects irregular heart rhythms, it will send participants a notification and offer them a free video consultation with a doctor. The study is not designed to assess whether people who used the watch app had a reduced incidence of stroke and cardiac death compared with people who did not use the app.

Microsoft, already a major supplier of software and cloud services to medical centers, is also ramping up its health business.

This year, the company announced an initiative, Healthcare NeXT, to create products for medical providers and patients using artificial intelligence and cloud services like speech recognition.

As part of the effort, Microsoft worked with the University of Pittsburgh Medical Center to develop digital services intended to reduce drudgery for physicians and improve patients’ experiences. One project involves a virtual assistant that would take notes on conversations between a doctor and a patient, analyze the conversation and then send a summary to the patient’s electronic medical record. The medical center is also pilot-testing an app that notifies doctors when one of their patients has filled a prescription at a U.P.M.C. pharmacy.

“We’re really focusing on what people in the health care world are doing today and how we can make it better,” said Peter Lee, Microsoft’s corporate vice president for artificial intelligence and research.

Facebook, too, has been expanding its business and research efforts in the health sector.

Last year, Facebook made it more appealing for pharmaceutical companies to advertise their medicines on the platform by introducing a rolling scroll feature where drug makers can list their drug’s side effects in an ad. Such risk disclosures are required by federal drug marketing rules.

Amazon has been less public about its plans in health. But industry analysts have speculated that Amazon could enter the pharmacy business.

Dr. Topol of Scripps said tech companies had an opportunity to remake longstanding, cumbersome systems — like hospital alarms at a patient’s bedside that go off dozens of times every day — and re-envision how health care is delivered.

“There’s not one tech company that isn’t involved one way or another,” Dr. Topol said. “Many of the companies see this as somewhere between rescue and a great business opportunity.”