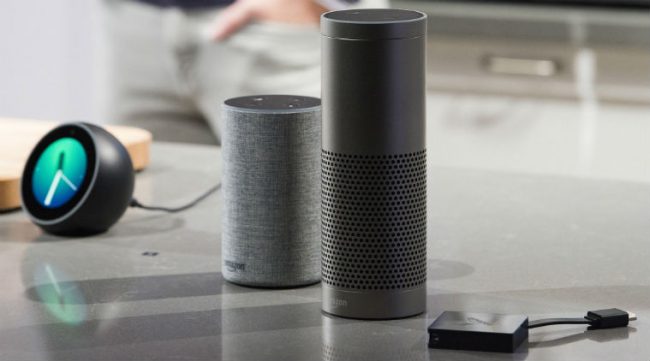 Happy Friday, Aaron in for Adam today. Are we in hardware heaven yet? It’s been quite a run of new gadgets the past few weeks. After all the new Apple gear, we got Amazon’s lineup refresh and then, this week, Google.

What did you find most tempting? An awful lot of people seem to be skipping the iPhone 8 and heading right for the $999 X model. It makes sense, as the iPhone 8 offers considerably less of an upgrade over the past two years’ iPhones. Only the iPhone X has the brilliant new OLED screen, facial recognition, and dual image-stabilized cameras. Plus the controversial notch.

Google’s new phones look a little hefty in the bezel department. But the small round smart speaker, dubbed the Google Home Mini, is not only cute and useful, but it also comes in three colors: chalk, charcoal, and coral. And after disappearing for a year, the flagship Chromebook was back this year. The Pixelbook combines some of the best features of tablets and laptops with a high-resolution touch display and a paltry 2.4-pound carrying weight. (On the other hand, a full blown MacBook is even lighter and costs just $300 more.)

Amazon’s Echo Spot also got a lot of oohs and ahhs. It’s pint-sized and power-packed, and it looks like an upgrade to your old-fashioned alarm clock. Amazon also had a new 4K HDR-compatible Fire TV thingamabob that was just fine and that, more importantly, came with a remote control you can operate without looking. Apple’s biggest stunner was its failure to overhaul the awful, egregious, horrific remote that comes with every Apple TV.

Besides that big miss from Apple, it’s interesting what else we didn’t see. Apple’s (AAPL, -0.37%) smart speaker, the HomePod, got no love from Tim Cook and crew at the September event. Maybe the device is running behind schedule—or maybe it’s so filled with cool, as-yet-unannounced features that Apple will have a separate event in coming weeks. Amazon(AMZN, +1.15%) not only went phone-less, still feeling burned by the Fire phone debacle no doubt, but also left its Kindle line up untouched from last year. (The Oasis came out in April 2016.) And Google (GOOGL, +0.40%) was alone in ignoring the growing crop of cord cutters by leaving its TV-connected Chromecast un-updated. Also, with little to show from its partners or itself on the smartwatch front, Google has removed the Android Wear section of its online shop.

Now it’s your turn. Click the email link below and let us know which of the new devices you most liked or hated—or maybe wished to see but didn’t. Include a short (short!) explanation, and we’ll run the highlights one day next week.