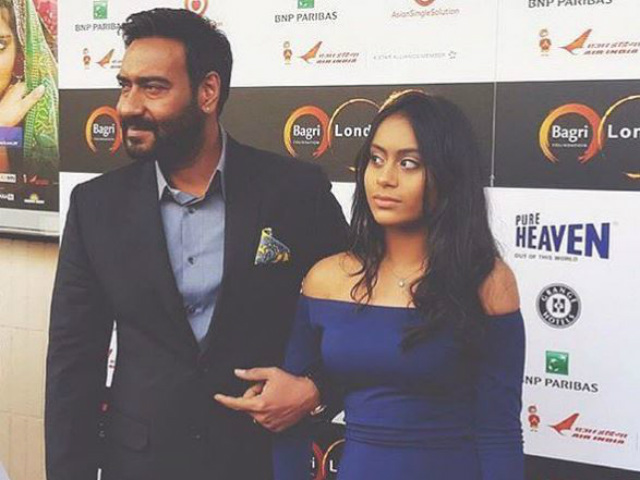 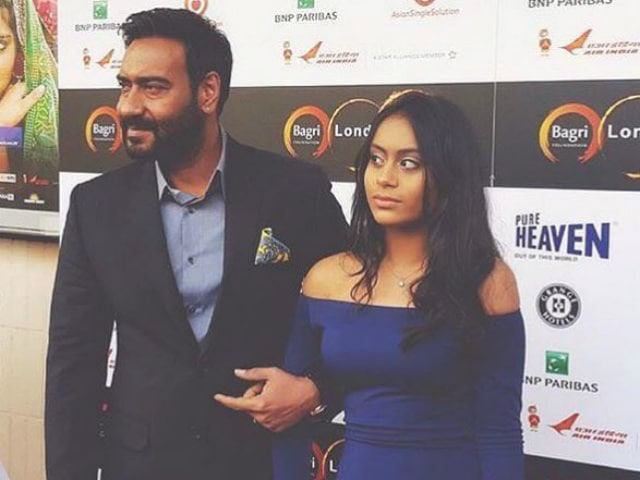 Nysa Devgn, all of 13, was her father Ajay’s plus one at the London Indian Film Festival and walked the red carpet with him on opening night looking rather lovely in blue. Her proud father tweeted:
View image on Twitter 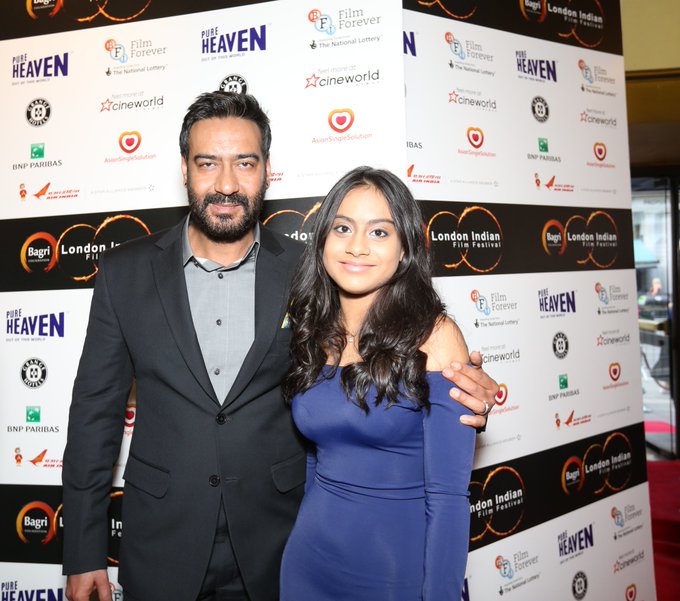 Empowering the girl child. Walking the red carpet with my power besides me. She’s my true strength #MyGirlMyStrength

Ajay, 47, also asked his followers to tweet him back with pictures of their daughters: 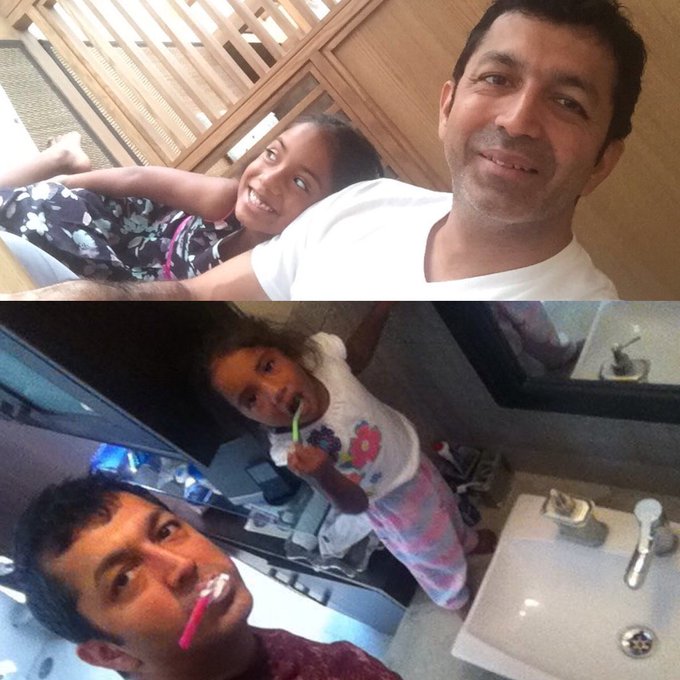 @ajaydevgn here you go Ajay & Nysa #MyGirlMyStrength#RadhaKohli. I remember Nysa as a baby during #Fanaa 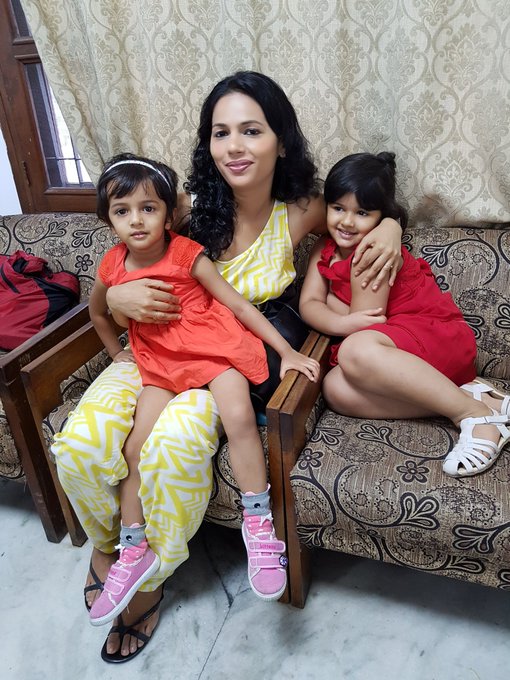 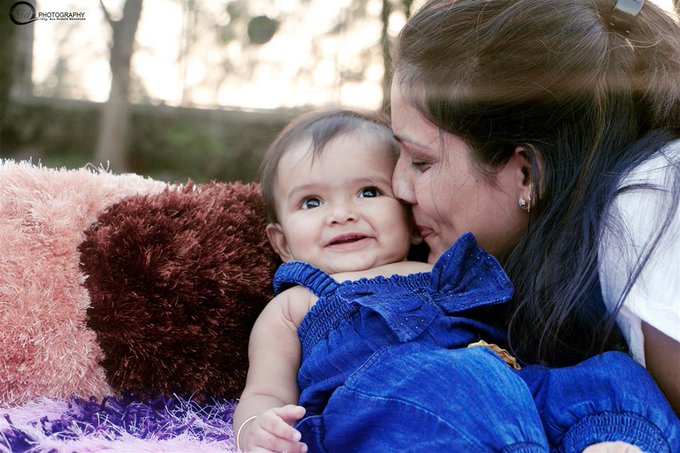 Nysa, who is Ajay and Kajol’s eldest child, is also temporarily operating her dad’s Twitter account and doing a great job of it.

this just about describes what exactly we did today 🙂 – Nys @ Selfridges https://www.instagram.com/p/BHzc75egYOh/

When dad takes you shopping

Ajay Devgn will next be seen in Shivaay which he also directs and produces. Shivaay co-stars Saira Banu’s grandniece Sayyeshaa Saigal and is set to release on Diwali this year.