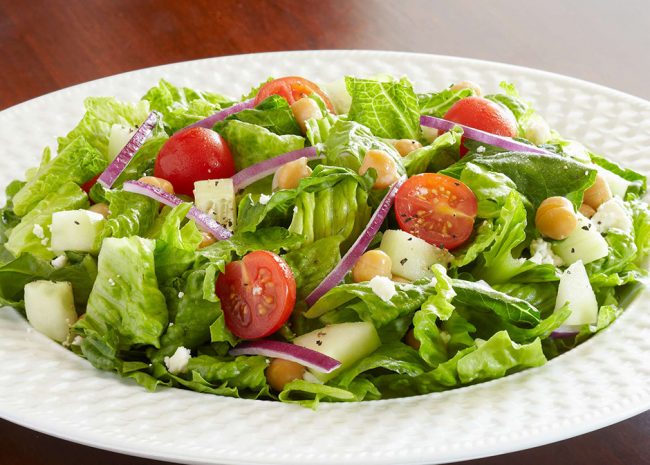 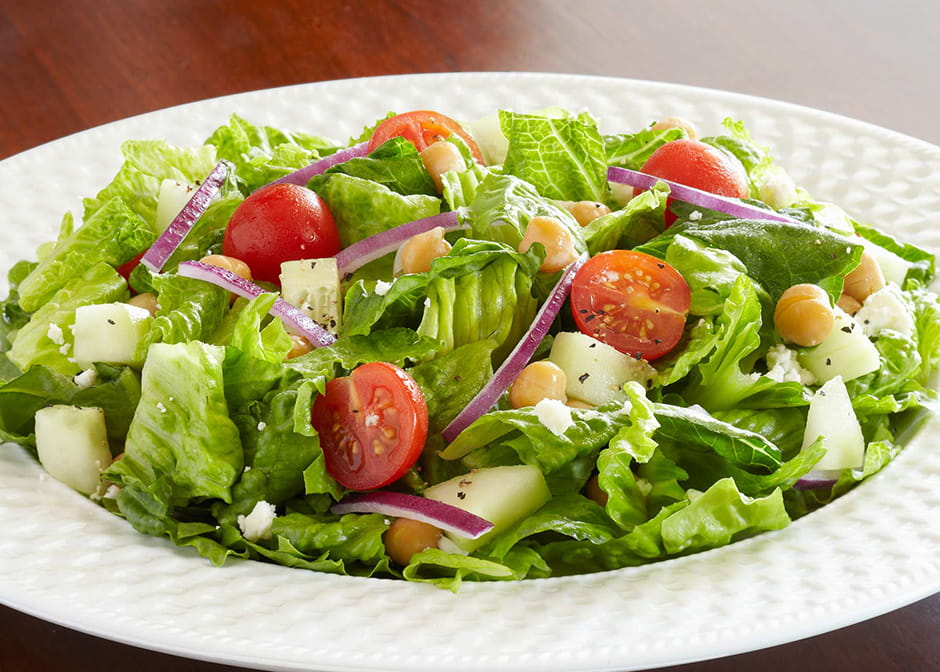 Salads are often characterized as boring and tasteless. They come to the rescue of almost all health freaks who are trying to shed some extra kilos. However, not all salads are bland and boring. Quite often, what you see is not always true and same is in the case of salads. People could only think of them as a standby option for real meals, but they are way more expressive than what they look like. We have curated a list of amazing yet luscious varieties of salads from around the world and we are pretty much sure that you wouldn’t want to miss a chance to devour them. Read on to know more.

This cobb salad is an American speciality which is prepared using chicken (grilled or boiled), chives, Roquefort cheese, red-wine vinaigrette, bacon, avocado, cheese and eggs. It’s believed that this dish was found in the year 1930 at Hollywood Brown Derby restaurant in America and later became a signature dish for the restaurant. It is named after the owner’s name Robert Howard cobb.

Also known as Panmolle, this salad hails its origin from Italy and is typically made using bread slices soaked in olive oil, onion, tomato, vinegar and salt. Bread cubes play a vital role here as it makes the stuffing adequate to be in a meal and the unyielding bread gives this salad a good crunch. 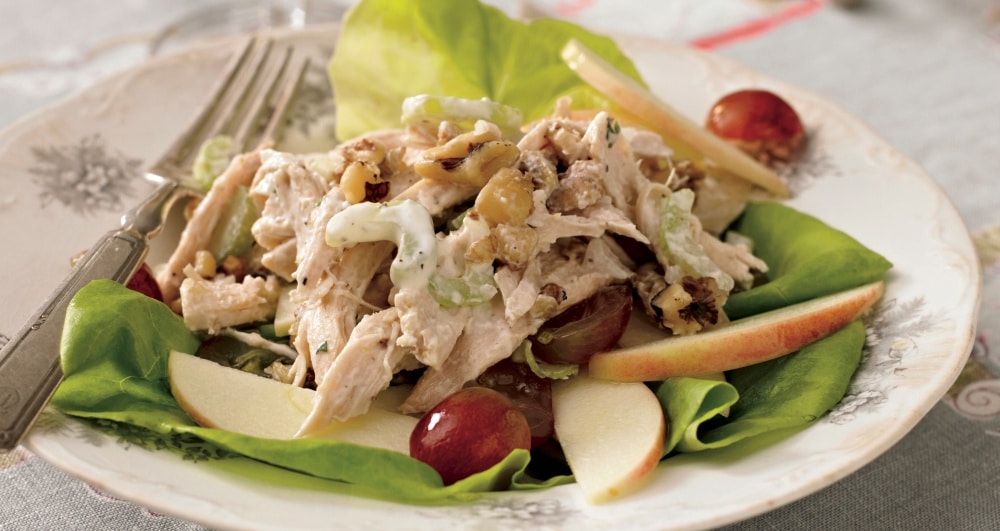 Chef Oscar Tschirky of the Waldorf Hotel was the mastermind to this this bizarre blend of walnuts, celery, apple, grapes, and mayo on lettuce. The salad may also include oranges and lemons sometimes and tastes great.

The term ‘gado-gado’ means ‘mix-mix’. This Indonesian salad is made with a range of ingredients consisting chayote, tofu, tempeh, potatoes, string beans, cabbage, corn, all of which are glazed with peanut butter sauce. It’s extensively served at many Indonesian restaurants around the world.

It is also known as the Arab salad and is one of the most conventional national dishes in Israel. It consists of finely chopped vegetables. Chefs often compete with each other as to who could chop the smallest pieces. This salad is one key part of Israel’s traditional breakfast.
6. Dressed Herring Salad (Russia):

It is layered salad which consists of boiled vegetables (potatoes, beet roots, carrots) chopped onions, and mayonnaise. A layer of the dish also includes apples. The final layer is made using beetroots which gives the salad a purple colour. The final garnishing is done with boiled eggs.

This wonderful noodle salad is full of fresh ingredients which includes carrots, green and purple garbage, roasted almonds, chicken and ramen noodles. The dressing is sweet, tangy and full of Asian flavours.

Sheildzini is a Japanese cucumber salad which includes cucumber, white sugar, rice wine vinegar and soy sauce. It is very easy to put together, and extremely tasty at the same time. It’s always best to serve this salad fresh as cucumber can become soggy.

It is a traditional Guatemalan dish that is cooked and eaten every year to celebrate the Day of the Dead. This salad is served cold which consists up to 50 ingredients. Ingredients usually include various sausages and cold cuts, pickled corn and onion, beets, pacaya flower, variety of cheeses, olives, chicken, and even Brussels sprouts. The recipe for this salad may vary from generation to generation and family to family. 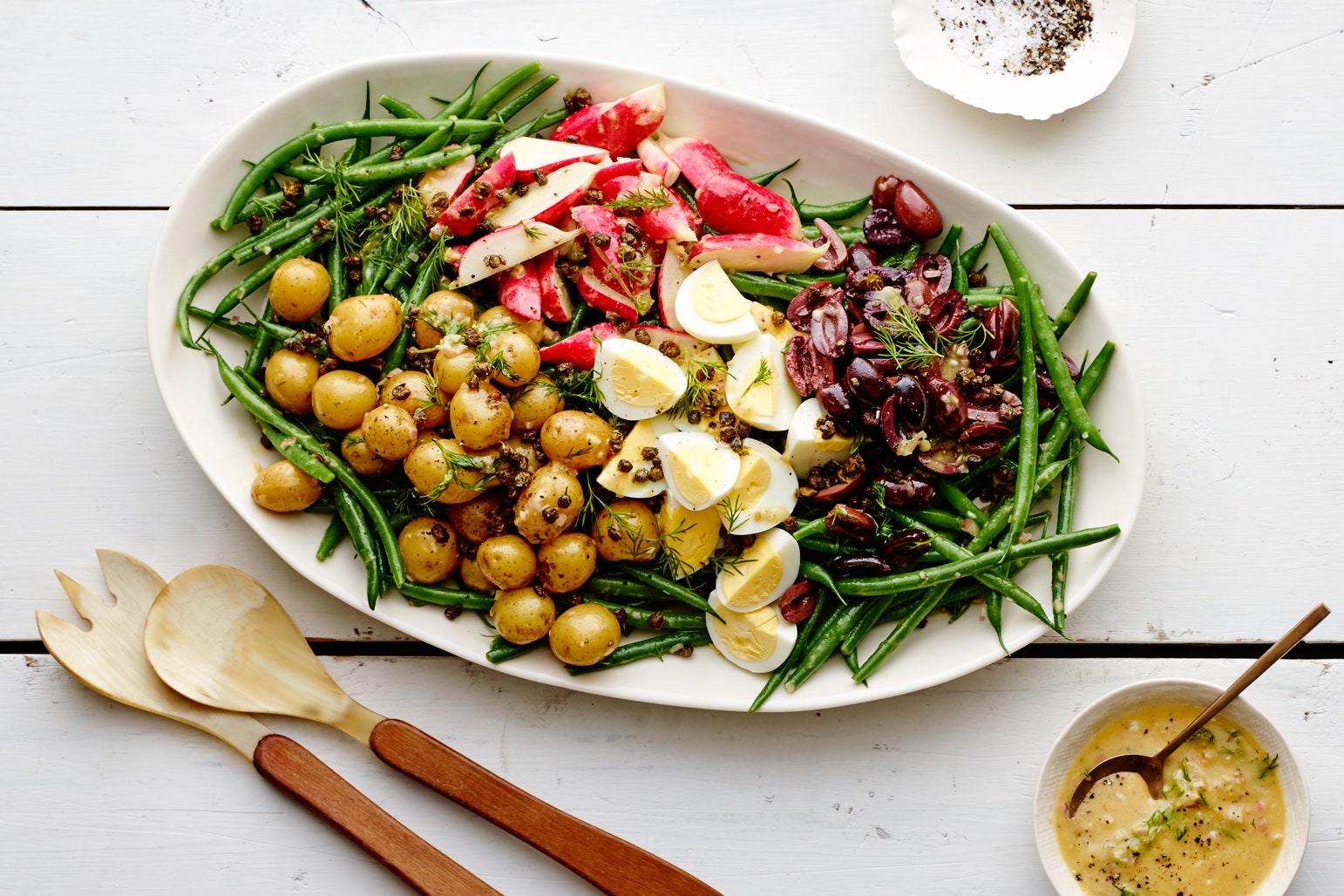 The salad originated in the French city of Nice. It includes potatoes, tuna, beans, Nicoise olives, anchovies, and dressed with olive oil. It could either be served as a tossed salad or even as a composed salad. While preparing this salad, mostly raw vegetables are used.

These exotic salads are quite scrumptious and healthy at the same time. Go and savour them right away!