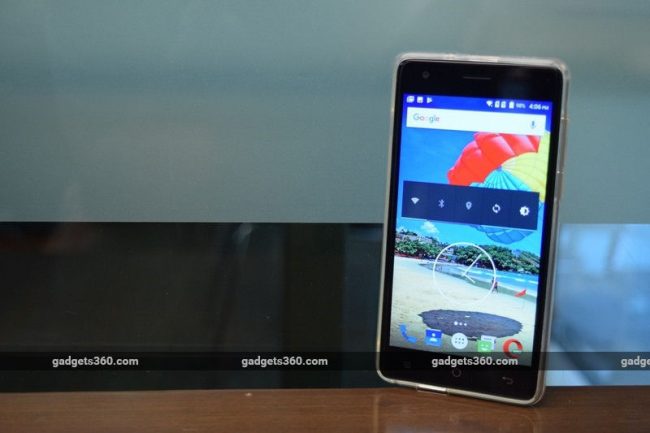 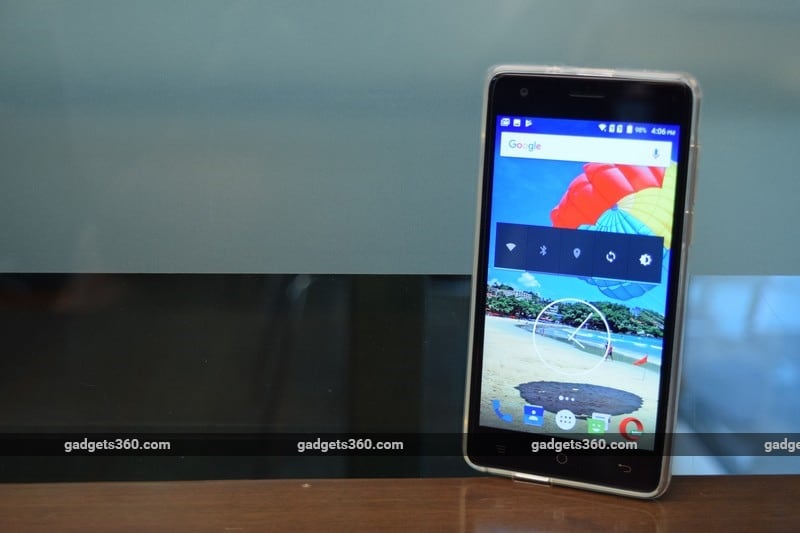 Ziox has a fairly wide range of featurephones and smartphones in India, with prices starting as low as Rs. 875 and topping out at Rs. 6,600. This company is clearly targeting entry-level users and those who would like to spend as little as possible. While it has had a relatively low profile before now, Ziox has just recently appointed a Bollywood brand ambassador and has rolled out quite a few new launches, showing that it is serious about making a name for itself.

The Astra Titan 4G is the most expensive phone in its portfolio, priced at Rs. 6,599. The good news is that it is definitely possible to manufacture a great phone with plenty of modern features at this price point, but the bad news is that there’s no shortage of competition trying to do the same thing. It’s going to be tough for Ziox to compete with established Chinese as well as Indian companies. 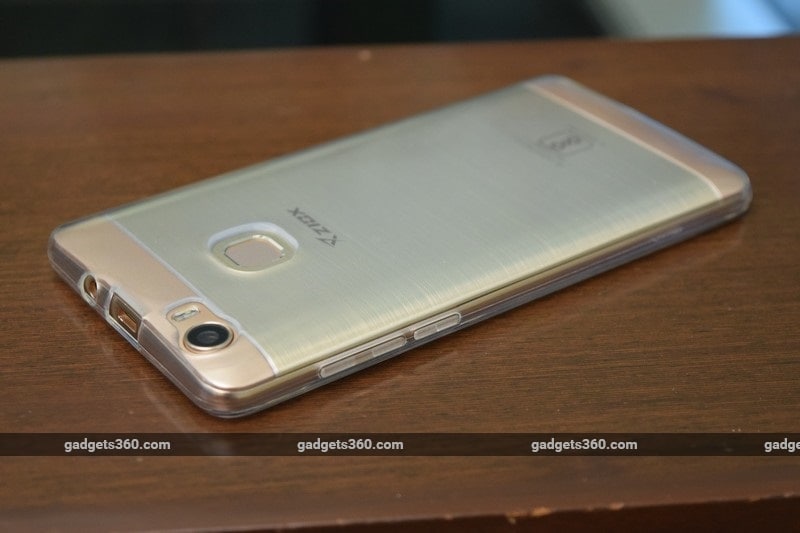 Ziox Astra Titan 4G look and feel
Ziox hasn’t broken any new ground with the design of this phone, which isn’t surprising. It’s perfectly ordinary, and won’t stand out in a crowd. The company has decided to launch it only in Champagne Gold and Rose Gold, which means there’s no neutral option for those who don’t want to be flashy. The front face is black with printed icons for the non-backlit Android navigation buttons. There’s a front flash, but it’s completely invisible and you would never know it’s there unless you read the back of the box.

Ziox boasts of 2.5D curved-edge glass on the front, but the effect is very subtle. The sides are plastic with visible moulding seams, and we noticed one or two minor scuffs within a week of casual use. This phone also has what the company calls a “metal back finish” which means a thin sheet of metal on a plastic frame, but it does look and feel like an actual metal body with a brushed texture. The back peels off, and you’ll find a removable battery plus individual slots for one Micro-SIM, one Nano-SIM and a microSD card underneath.

The power and volume buttons are on the right and are easy enough to get to. The bottom is blank except for a speaker grille and a mic hole, and both the Micro-USB port and 3.5mm audio socket are on the top. The camera at the back is slightly raised, and the fingerprint reader is recessed making it easy to find by touch alone. Ziox has not published the phone’s exact dimensions and weight, but we definitely found it chunkier and heavier than most others in its segment. It’s easy enough to use in one hand for short periods, but it can get mildly fatiguing to hold this phone up to your ear to talk.

You get a flexible plastic cover, an adhesive screen guard, a charger, Micro-USB cable, and headset in the box. All the accessories feel flimsy. While it’s nice that this phone is made in India, we get the feeling that Ziox has taken an old template and tried to modernise it, but without really seeing where the rest of the industry is headed. 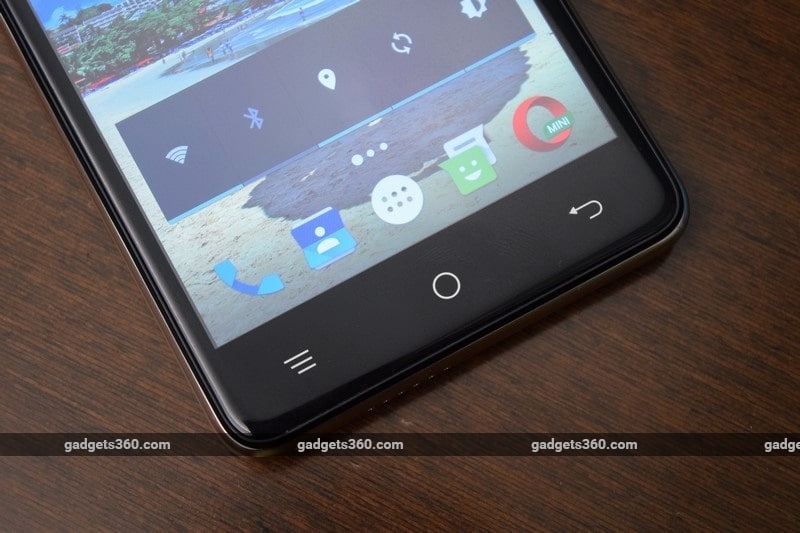 Ziox Astra Titan 4G specifications
While some phones promise to do really well in one area like camera quality or battery life and then fall flat in all other regards, the Astra Titan 4G seems like it’s trying to cover all the essentials equally well. As far as banner features go, Ziox only boasts of a fingerprint scanner, and 4G VoLTE and “ViLTE” which is a contraction of video calling over LTE. These are now extremely basic things, even at this phone’s low price.

The processor is a 1.3GHz quad-core Spreadtrum SC9832A, which is now relatively old and only seen on much lower-cost phones. It uses ARM’s 32-bit Cortex-A7 core design and is one of the lowest-end processors the company could have found anywhere. There’s also 1GB of RAM and 16GB of storage which are the bare minimum that anyone offers today. Unfortunately, there are quite a few phones priced under Rs. 7,000 with superior specifications today.

The Astra Titan 4G has a 5-inch HD screen which is reasonably sharp. There’s also a 3000mAh battery, slots for one Nano-SIM and one Micro-SIM, and a dedicated microSD slot under the back cover. Ziox hasn’t specified what Wi-Fi and Bluetooth versions are supported. There are 5-megapixel cameras on the front and back, both with flashes. You get only the most basic sensors – ambient light, proximity, and rotation. True to Ziox’s pitch, the most interesting things about this phone are its fingerprint reader and 4G VoLTE/ViLTE support. 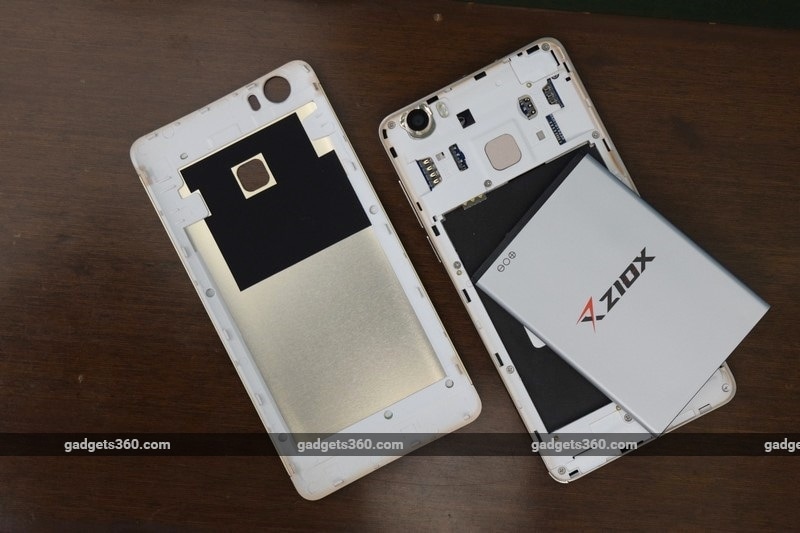 Ziox Astra Titan 4G software
Despite running Android 7.0 without any kludgy custom skin, there are quite a few throwbacks to ancient versions, most notably the pointless Menu capacitive button below the screen instead of an Overview button. Android apps stopped requiring this control years ago and the UI doesn’t have any customisations that depend on it either. You lose the ability to double-tap to quickly switch between apps. Moreover, Ziox has used an icon style that was retired many versions ago. The clock and settings widgets on the homescreens also take us back to the days of Android 2-4.

There are standalone Music and Video Player apps rather than the common Google Play services. The old Gallery app makes an appearance after ages, and Google Photos is nowhere to be found. For some reason, we also have the deprecated stock Android browser instead of Chrome, but at least there’s also Opera Mini to make up for that. As far as Google apps go, you only get Gmail, Maps, YouTube and Voice Search. Now on Tap pops up instead of Google Assistant.

Bloatware is minimal and manageable – the browser homepage has been set to show a sponsored page of paid video clips and games, but this can easily be changed. Ziox Care is an app that does nothing but show a 1-800 number and a list of service centres that you can sort by city – but you can only see them listed alphabetically, not in order of proximity. Finally, there’s an unnecessary Software Update app which is used as a conduit to serve ads as popup notifications. We saw only two ads over the course of a week, but we’d still disable notifications for this app altogether.

This mishmash of a UI isn’t a huge problem by any means, and at the end of the day you still get stock Android 7.0 with many of its conveniences in place. It’s just a bit annoying to not have the kind of experience that other similarly priced phones deliver. 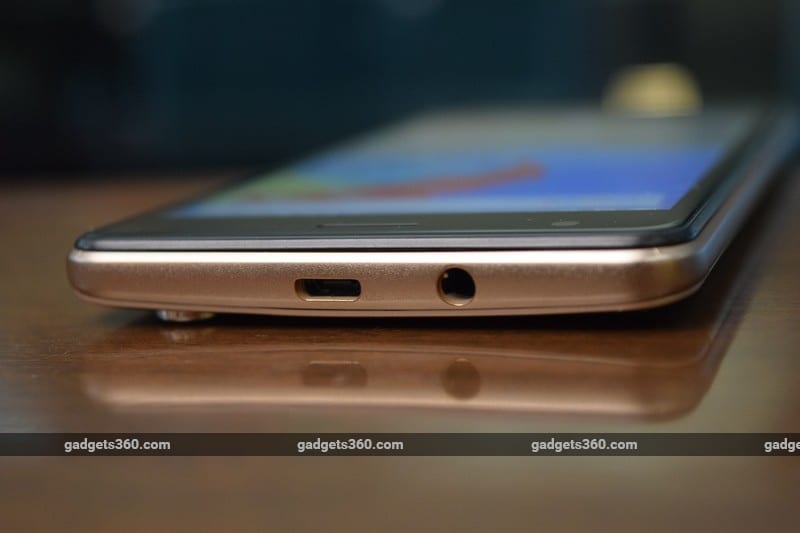 Ziox Astra Titan 4G performance
As we expected given this phone’s anaemic hardware, performance isn’t very good at all. We found it to be sluggish at best, with apps taking a while to load though this did seem to get better as we used the phone more and more. It often took a second or two for the homescreen to appear after quitting an app. There clearly isn’t enough RAM to keep enough apps running in the background so you’ll often have to deal with them reloading from scratch even if you pop into a different one for just a few seconds. As far as heavy apps go, just trying to load Asphalt 8 caused the phone to reboot on one occasion, though it ran decently at low visual quality after that.

We recorded scores of 23,115 in AnTuTu and 416/1110 in Geekbench’s single/multi-core tests respectively. Graphics performance was poor, with only 2,545 in 3DMark Ice Storm Extreme and 7.2fps in GFXBench’s T-rex test.

The display is one bright spot for this phone. It’s bright enough and colours are punchy and saturated. Viewing angles and colour gradients were generally good, but dark scenes in videos all tended to look glassy and indistinct except when seen head-on. You can enjoy media on your own, but more than two people won’t be able to crowd around this phone to watch a video. The speaker is also fairly good, and while music definitely sounded compressed and shrill, there was no distortion at high volumes. On the other hand, the bundled headset is a complete joke and should never be used for music.

The Astra Titan 4G’s cameras are also just about okay for casual use. We had trouble with the autofocus not kicking in, or taking way too long to lock, and wound up tapping manually for every shot. Most of our shots came out blurry, which was also because shutter speed is quite poor. You’ll have to be willing to take multiple shots to improve your chances of getting away with a usuable one, so spontaneity is impacted. Daytime shots tended to be overexposed and this phone clearly cannot handle scenes with large variations in light intensity. Colours were often washed out and textures were lost in most cases. Night-time photography is even more difficult and even with very steady hands, there’s a lot of blurring and noise.

Video recording goes up to only 720p with the rear camera and 480p with the front camera. Video quality is expectedly just as poor as that of still photography, and you won’t want to use this phone to save any significant memories. The front camera was fairly decent if there’s enough light, and the front flash is helpful but makes faces look washed out. The camera app has a few novelty modes with cheesy frames and filters, but there’s also a GIF mode and a manual mode which you can take your chances with.

The Astra Titan 4G managed to just about scrape past the six-hour mark in our HD video loop test. We also barely made it through a working day without reaching for the charger, despite restricting ourselves to extremely basic apps and very little gaming. The phone took nearly six hours to charge from zero to 100 percent which means you have to leave it plugged in overnight and start charging in the middle of the day to make sure you have enough juice for the evening. 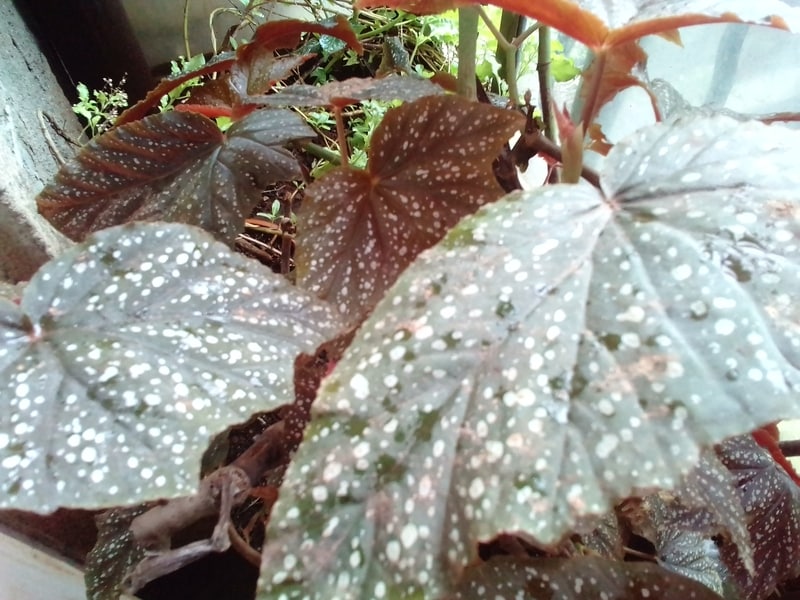 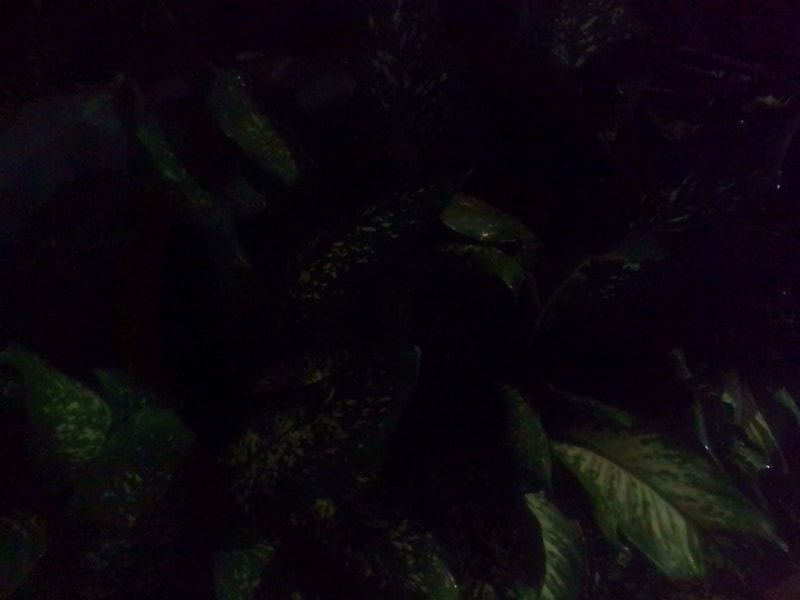 Verdict
The Astra Titan 4G goes up against the formidable Xiaomi Redmi 4A and Redmi 4, both of which offer better specifications, battery life and overall usability. This phone’s biggest weakness is its cameras, and you can get a lot more bang for your buck if you spend even a little more, as our guide to the best phones under Rs. 10,000 shows.

There’s still a huge market for entry-level phones, and Ziox can easily tap that if it lowers the price of this device a little. For future models, we hope that the company pays attention to the little details in hardware and software that all come together to define the user experience.