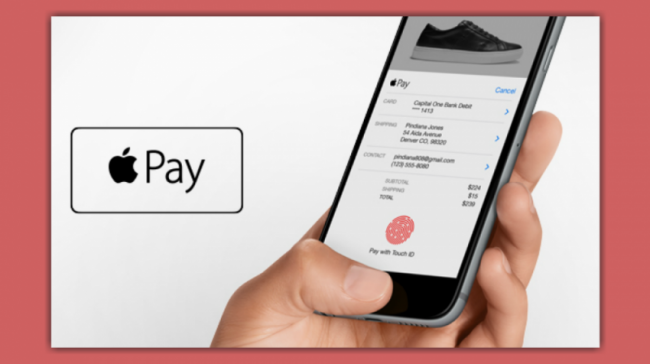 Businesses that need help managing finances online got some welcome news this week. Xero and Wells Fargo unveiled a new financial tool, and Shopify announced that Apple Pay will be available as a payment option later this year.

Read on for these headlines and more in this week’s Small Business Trends news and information roundup.

The release of the new iOS 10 was not the only announcement made at the Apple (NASDAQ:AAPL) Worldwide Developers Conference in San Francisco recently. The tech giant said that Apple Pay, Apple’s mobile-payment service, will come to the Web this fall.

Running a company successfully is a challenge no matter where you are located, but in some business-friendly cities and states entrepreneurs have a relatively easier time. Small Business Friendly States and Cities According to a new study by Thumbtack, San Antonio and Nashville are the friendliest cities to small businesses. Among the states, Texas and Utah are the top favorites.

House Minority Leader Nancy Pelosi has come under heavy fire after arguing the iPhone was “invented” by the federal government rather than Apple (NASDAQ:AAPL). It’s only the latest in what seems a trend among political leaders trying to take credit for innovation and economic development away from entrepreneurs and the business community.

New York state just passed a paid family leave proposal that some see as the most forward-thinking piece of legislation of its kind ever enacted. Others feel it could turn into a bitter pill that the state’s hundreds of thousands of small businesses may be forced to swallow.

Human resources industry leader Paychex (NASDAQ:PAYX) has expanded its digital resource base with the launch of an all-new content hub. Paychex WORX is designed to further complement Paychex’s human capital management services by providing businesses of all shapes and sizes with meaningful tips and tricks to assist them in establishing market dominance.

Mobile technology is changing the way people shop. And that doesn’t mean that people are just using mobile payments or completing purchases from their phones. Consumers also use their mobile devices to find physical retail locations where they can make purchases.

Some businesses can succeed regardless of their location. Others are only created with a specific location in mind. Such is the case for Black Dinah Chocolatiers. The founders fell in love with Isle au Haut in Maine. And they built a chocolate business to support their life on the island. Read about their journey and the business in this week’s Small Business Spotlight.

So Long, Spreecast: Video Chat Platform Will Shut Down July 14

Businesses that have used Spreecast for video chat or larger forum discussions got some bad news last week when the company announced it will shut down the service effective July 14, 2016. The platform, unlike popular video chat options like Skype or Google Hangouts, didn’t require any software or integration with a specific platform in order for people to use it.

How Much Do Small Businesses Spend on Facebook Marketing? Not That Much

Millions of small businesses are using Facebook but only half are spending any marketing dollars there. New data from Alignable shows that half of the small businesses it surveyed — among more than 1,200 of its users — spent $0 last quarter on their Facebook marketing efforts.

Shortly before Memorial Day weekend in May, 2016, MySpace (yes, it does still exist), became aware that its user login data was being made available in an online hacker forum without authorization. Time Inc. (NYSE:TIME), the current owner of MySpace.com, later confirmed that indeed the once-popular social media site was hacked and its user data breached.

Why are Business Accelerators Increasing in Number?

AngelList, an online platform that matches high potential startups with investors and employees currently indicates that 578 accelerators are in operation, up from one in 2005. Why the enormous increase in the number of accelerators in the United States over the past decade? What’s Behind the Growing Number of Business Accelerators in the U.S.

Smartphone makers are doing all they can to come up with the next best thing and until now, each attempt was designed to put more of the best technology in a single device. But there is only so much you can put in a form factor as small as a smartphone.

Until very recently, the thought of Apple (NASDAQ:AAPL) ever opening its applications like other companies for developers with APIs and SDKs wasn’t even contemplated.

Earbuds and earphones that block out the world and let you experience an audio book or take an important call anywhere are important to productivity. And for small business owners and entrepreneurs on the go, they can be vital to letting you stay connected. Over the last decade, companies have spent considerable time trying to improve both headphones and earbuds.

Meem Creates a Smartphone Backup Every Time You Recharge

MEEM is a charger, mini-computer and backup storage device all rolled into one designed to store the personal bits of data in your iOS or Android smartphone every time you plug it in. There is a lot of data on the smartphones you carry, some much more important than the rest. In most cases, the personal information, such as personal photos, has value that can’t be quantified.

Apple (NASDAQ:AAPL) announced some updates to its mobile operating systems across the board during Apple Worldwide Developers Conference 2016 recently. Those updates included some new features and a more open policy for app developers, which will hopefully bring more innovative solutions in the future.

The thirteenth version of OS X got a name change to macOS, also called Sierra, and just like its two predecessors Apple (NASDAQ:AAPL) has decided to keep the alpine theme with its latest operating system. But the feature that is getting the most attention right now is the availability of Siri for Mac.

69 Percent of SMBs Focus IT Budget on Emerging Tech

Sixty-nine percent of small and medium-sized businesses are devoting part of their IT budget for 2016 to newer and emerging technologies. These include technologies like 3D printers and wearable devices, as well as dashboard and data visualization software applications. The stat comes from a new survey-based whitepaper by technology company Insight Enterprises Inc. (NASDAQ: NSIT).