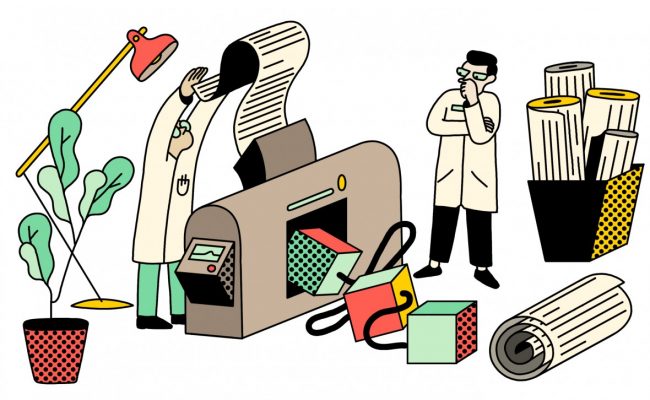 There are 26 different electronic medical records systems used in the city of Boston, each with its own language for representing and sharing data. Critical information is often scattered across multiple facilities, and sometimes it isn’t accessible when it is needed most—a situation that plays out every day around the U.S., costing money and sometimes even lives. But it’s also a problem that looks tailor-made for a blockchain to solve, says John Halamka, chief information officer at Beth Israel Deaconess Medical Center in Boston.

Imagine that when a doctor sees a patient or writes a new prescription, the patient agrees to have a reference or “pointer” added to a blockchain—a decentralized digital ledger like the one underlying Bitcoin. Instead of payments, this blockchain would record critical medical information in a virtually incorruptible cryptographic database, maintained by a network of computers, that is accessible to anyone running the software (see “Why Bitcoin Could Be Much More Than a Currency”). Every pointer a doctor logs on the blockchain would become part of a patient’s record, no matter which electronic system the doctor was using—so any caregiver could use it without worrying about incompatibility issues, Halamka says.

Technologists and health-care professionals across the globe see blockchain technology as a way to streamline the sharing of medical records in a secure way, protect sensitive data from hackers, and give patients more control over their information. But before an industry-wide revolution in medical records is possible, a new technical infrastructure—a custom-built “health-care blockchain”—must be constructed.

Emily Vaughn, head of accounts at Gem, a startup that helps companies adopt blockchain technology, says that’s only just starting to be worked out. “There may be specific rules we want to bake into the protocol to make it better for health care,” she says. The system must facilitate the exchange of complex health information between patients and providers, for example, as well as exchanges between providers, and between providers and payers—all while remaining secure from malicious attacks and complying with privacy regulations.

The best way to do all that is still far from clear. But Halamka and researchers at the MIT Media Lab have developed a prototype system called MedRec (pdf), using a private blockchain based on Ethereum. It automatically keeps track of who has permission to view and change a record of medications a person is taking. MedRec also solves a key issue facing just about anyone who wants to take blockchain outside the realm of digital currency: miners. With Bitcoin and other cryptocurrencies, miners use computers to perform calculations that verify data on the blockchain—a crucial service that keeps the system functioning. In turn, they’re rewarded with some of that currency (see “What Bitcoin Is and Why It Matters”).

MedRec incentivizes miners—generally medical researchers and health-care professionals—to perform the same work by rewarding them with access to aggregated, anonymized data from patients’ records that can be used for epidemiological studies (as long as patients consent).

But mining in this way is computationally intensive, and the computers that do the work can suck up a lot of energy. This process may not be necessary in a health-care application, says Andrew Lippman, associate director of the Media Lab and a co-creator of MedRec. Lippman says that subsequent versions of MedRec may try to get rid of Bitcoin-style mining. The health-care blockchain could rely on the abundant computing resources available in some hospitals to verify the exchange of information, for example.

Either way, blockchain’s potential for the health-care industry depends on whether hospitals, clinics, and other organizations are willing to help create the technical infrastructure required. Right now, that means prototyping and testing fundamental concepts, says Vaughn. For example, the health-care blockchain will need a way to provide unassailable information about a patient’s identity to anyone who needs it, anywhere.

To that end, Gem is working with clients to prototype a global, blockchain-based patient identifier that could be linked to hospital records as well as data from other sources like employee wellness programs and wearable health monitors. It could be just the thing to sew together the maddening patchwork of digital systems available now.