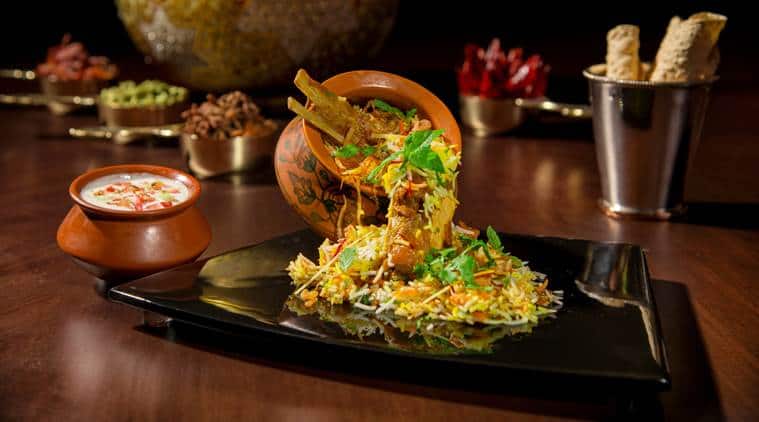 Amira, a housewife belonging to the Druze community, is busy chopping vegetables in her home in Dalyat el Carmel, a serene and quaint town in the Carmel mountains near Israel’s Haifa city. It takes her about an hour to roll out five vegan Middle Eastern dishes which are fresh and healthy. Veganism has gained popularity in Israel and is a growing trend.

Most of the ingredients used by Amira are there in an Indian kitchen and this came to me as a surprise. Vegan food in Israel is very diverse and there is a lot of creativity in the way dishes are prepared at homes and in restaurants. Israel has culinary influences from all around the world.

Amira’s made-at-home food, served with warmth and eagerness, also allowed me to get a peek into the Druze culture that has its origins in 10th century in Egypt. It’s an offshoot of Islam that draws inspiration from Islamic and other philosophies. The Druze are a close-knit community and believe in reincarnation and pre-determination and do not permit conversion.

Dalyat el Carmel, which has an undulating terrain with neatly laid out houses, is the world’s southernmost settlement of the Druze community and the largest in Israel.

I helped Amira with chopping some vegetable during my cooking workshop and then ate the stuff she cooked — vine leaves, freekeh (smoked green wheat), tabouli, mnazaleh (eggplant and chickpeas in tomato sauce) and cauliflower sinye, besides stuffed eggplant and zucchinis.

As I left her home, Amira’s husband Waggi brought me some garden fresh fruit as a kind of send-off for my vegetarian trail ahead in Israel in which I discovered seemingly endless variety of meatless dishes.

At “Phyllis’ Kitchen” (her home) in Tel Aviv, the ingredients had been picked with great care for that extra dash of freshness. Phyllis Glazer, an American-born food journalist, is the author of several cookbooks, including a pioneering vegetarian cookbook which was translated into Hebrew.

Phyllis explained the recipes as she cooked and talked about the vegan movement in Israel and in her city of Tel Aviv, which is regarded as the vegan capital of the world.

“Tel Aviv is considered one of the centres of the vegan world. Vegan food is everywhere. Every restaurant has a vegan option. Veganism is the latest hottest trend in Israel right now and has been for the last three to five years, mostly in reaction to the killing of animals, but also because it is considered healthy,” she said.

Phyllis said many of the mezze dishes (part of the dining experience in Eastern Mediterranean, Middle Eastern, and Arab countries) are vegan because “that’s how they make them any way”.

“But 40 years ago veganism was very rare, and vegetarian food was considered basically for odd people. When I came to Israel 40 years ago, I brought with me the coolness of the American vegetarian kitchen and soon generations of Israelis adopted it,” she said.

An estimated five percent of Israelis are vegans and over eight percent vegetarians.

Easy availability of vegan and vegetarian food in Israel makes travelling so much easier for people looking for these options. In Israel, vegan food is also coming up as a niche tourism area with vegan culinary tours of Tel Aviv and vegan group tours of Israel. Dominos launched vegan pizzas in Israel in 2013.

Cooking is a passion for Phyllis and her effort of about an hour produced dishes that I could not resist overeating. There were hummus and mushrooms, mini sabih (street food), pink tahina (gets its colour from beet), Georgian stuffed peppers, green shakshuka and roasted eggplant and pomegranate salad.

While there is no match to home-cooked food, I also enjoyed eating out. At Nanuchka, one of the most famous vegan restaurants in Tel Aviv, an enduring story is how its owner Nana Shrier became a vegan and stopped serving meat and animal products at her restaurant from 2014, defying those who predicted it will not be successful.

“It is a closed group on Facebook that helps you become vegan. There are dieticians, cooking experts who address any question,” she said.

In restaurants such as Douzan in the coastal city of Haifa, there were vegan options to choose from a huge menu. So was it at Bakery Roladin in Jerusalem.

Abigail Leichman, a journalist, who has written on vegan movement in Israel, said the country has a lot of groups that are active in educating people about eating vegan and about animal welfare.

“They have seen pictures and videos about the factory farming industry revealing the cruelty involved in the production of meat, poultry, milk and eggs,” she said.

“We have such good fruits and vegetables here and a lot of traditional dishes are already vegetarian or vegan like tahini and hummus. As they are already used to eating those dishes, it is not such a big change for them to take a vegan or vegetarian way,” she added.