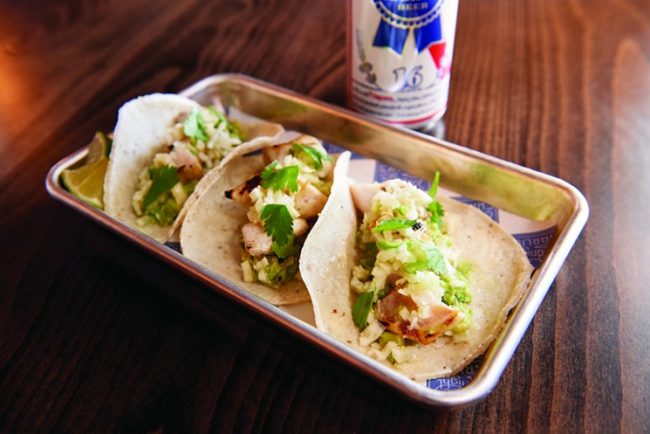 Bring your same-day rodeo ticket to Goodnight Charlie’s to unlock a taco and beer special.

Mark your calendars, because you don’t want to miss these deliciously fun culinary happenings:

Throughout rodeo season, guests can bring their same-day HLSR tickets to Goodnight Charlie’s, 2531 Kuester, to receive three tacos and a beer for $10.

Chama Gaúcha Brazilian Steakhouse, 5865 Westheimer, is hosting a five-course “churrascaria” wine dinner in its private room on Tuesday, March 13th at 7 p.m. The evening will begin with champagne followed by four unique California paired with Chama’s traditional dishes and flame-roasted meats. A certified sommelier will be on-site to discuss the wines and answer any questions. Guests will be greeted with a basket of traditional pão de queijo (cheese bread) before the first course and all of the side dishes are served family style and replenished throughout the meal. The cost is $85 person plus tax and 18-percent gratuity. Call 713-244-9500.

The Italian Cultural & Community Center (ICCC), 1101 Milford, will host an Italian cooking class on Thursday, March 15, as part of its cooking series, Il Sapore Italiano – a series of hands-on cooking classes aimed to promote the Italian traditions. Participants will learn how to make gnocchi from scratch, topped with a ragu (meat sauce) and parmigiano. Doors open at 6:30 p.m. and the class begins at 7 p.m. Tickets are $50 for ICCC members and $60 for non-members.

It’s time to say goodbye to Underbelly, but its spirit will live on at UB Preserv.
Photo by Julie Soefer Photography

With Underbelly closing on March 31 (and UB Preserv expected to open around two weeks later), the restaurant is inviting locals to celebrate the last six years with a special Underbelly Closing/Hay Merchant 6th Anniversary Party. The goodbye event will be held at The Hay Merchant, 1100 Westheimer, on Sunday, April 1 from 3 to 7 p.m. In addition to food stations, wine, cocktails from Maker’s Mark and beer from Sierra Nevada, guests can enjoy a special Hay Merchant anniversary bar featuring rare, large format bottles sold by the glass. Tickets are $40 per person (plus tax) and include all-you-can-eat foods and two drink tickets (rare beers not included). Additional drink tickets will be available for purchase. Kids 15 and under are free.