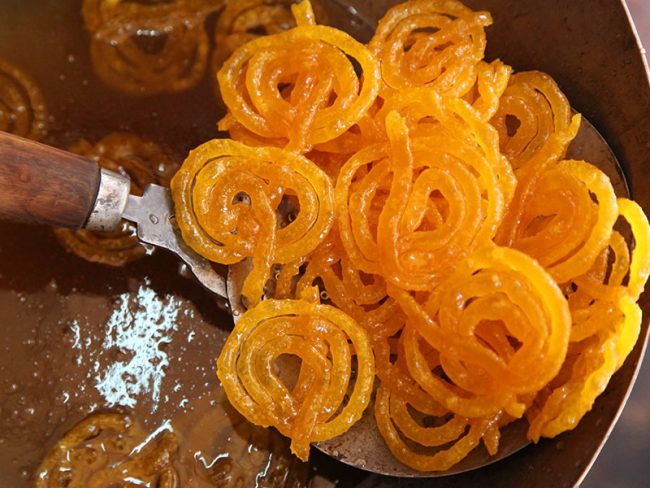 Ask a non-vegetarian about their love for Butter Chicken and you can measure it in the eyes. And if you ask the same person about the humble origin of this iconic dish of the Indian cuisine, they go blank. Well, it’s nothing surprising, because many of us are actually not aware of the interesting story behind the origin of the dish that is also a favourite of every non-veg lover. Read through to know the unsaid story of the origin of India’s most loved chicken preparation-Butter Chicken.

2. The origin of Butter Chicken It all started before the partition of India when the owners of Mukhey da Dhaba in Peshawar sold the outlet to Kundan Lal Gujral (who worked in the dhaba) and he later renamed it as Moti Mahal. The outlet was known for its Tandoori Chicken, but the sheer wastage of unsold dry chicken pieces gave Kundan Lal a scope to play around the pieces with thick gravy made with butter, fresh cream, tomatoes and grounded spices, and thus, the Butter Chicken came into existence. After partition, when Gujral moved to Delhi and opened the very first outlet of Moti Mahal in Daryaganj he never knew that he was going to be a part of history in the world of Indian cuisine. Today, 70 years later the Gujrals are running an iconic chain of restaurants worldwide, managed by their grandson.

3. The USP of Butter Chicken The sinful aroma of Butter Chicken lies in the skillful balance of tanginess and the velvety texture. Gautam Chaudhry, chef, Deseez, says, “According to Ayurveda, any rich preparation should be balanced and hence a touch of bitter fenugreek and garlic is added to control acidity and balance the richness of butter & cream. And that’s the uniqueness Butter Chicken offers.” Though food experts feel that the chances of getting it wrong is quite high as many versions are either too spicy or too sweet that spoils the USP of the dish, known for the rich texture of butter and cream and an optimal balance of tanginess of tomatoes, best served with butter naan.

4. The world of innovations

When it comes to food, innovation is an inevitable part of the process. Visit any modern or fusion cuisine restaurant and you will be surprised with the new packaging of Butter Chicken in form of tacos, pizza, biryani, roll and even pie. Gautam shares, “Butter chicken has gone through a lot of amendments over the last 6 decades. My favourite version of Butter Chicken is the one where I stuff Sicilian queen olives in chicken and glaze them in the clay oven.” On the other hand, there are food experts who feel that innovation should not hamper the authenticity of the dish and flavours to be specific. “Sadly, people are continuing the practice and it affects the identity of the original dish to some extent”, states a food blogger on request of anonymity. With due respect to all the chefs exploring new tastes and flavours, the word ‘authenticity’ is somehow now underrated and every dish is judged on the basis of how Instagram friendly it is. Let’s not forget that social media is just a trend, but the food is a part of the legacy that we have inherited. The best way to deal and celebrate the success saga of Butter Chicken is to create a clever balance of innovation and taste.
[“source=timesofindia”]