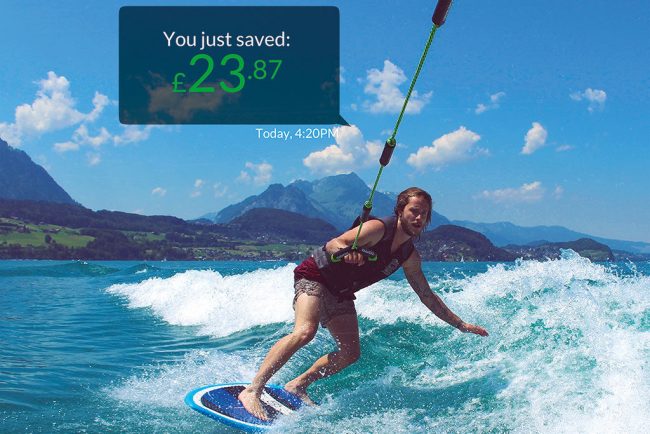 Apps on your mobile phone can help you salt away cash and manage your finances. But these tools may be less useful than they seem, says Ruth Jackson.

If you want to build up your savings, then there are plenty of smartphone apps that promise to help you do it without disrupting your life too much. Just make sure you know what you’re signing up to before you download them.

One example is the Chip app. Once you’ve connected it to your online bank account, Chip gathers information on your spending habits and uses that data to work out how much you can afford to save. Every few days, it transfers an amount it believes you can afford into a separate account. You can earn interest on that money (up to 5%, for limited periods) if you persuade friends to use Chip, too.

That sounds great – but be aware that Chip doesn’t take any debts into account. If you have outstanding credit-card debt or loans, you probably pay more in interest on those than you could earn on your savings. You’d be better off using excess cash to clear the debts rather than save more.

Another option is Oval Money. This app is similar to Chip in that it saves cash for you automatically, but rather than analyse your accounts and work out what you can afford to save, Oval allows you to automatically round up what you spend to the nearest pound, or to choose a percentage or a set level of transaction values for certain types of spending, (such as eating out), and then moves this money into a separate savings account. You won’t earn interest, but can make money by referring friends.

Oval also has a setting that will transfer money to savings every time you post on Facebook, in a move designed to link your social-media interactions to positive saving habits. Just note that you will have to agree to the app being able to access your Facebook data.

Finally, Bean is a service for anyone who forgets to shop around regularly for the best energy deals or TV subscriptions. It brings all your bank accounts, credit cards and subscriptions – such as Netflix, Sky or energy bills – together onto one screen so you can see your overall liabilities. Bean also monitors your subscriptions and alerts you if what you are paying changes, and can even cancel your subscription or move you onto a better deal. Bean saved users an average of £672 a year in pre-launch trials, say its developers. For now, Bean is only available via its website, but an app is in the works.

This all sounds very convenient – and in many ways, it is. But before you sign up to any of these apps, be sure to understand the small print. The arrival of “open banking” reforms this year means your bank has to share your data with third parties if you ask it to. To access this data, third parties must register with the FCA financial regulator, and join the Open Banking Directory.

Although approved companies can then access current-account data, open banking doesn’t cover credit cards or your subscriptions, so you may need to provide an app with your log-in details separately. This comes with obvious dangers – you are essentially giving the owners of that app access to some of your accounts. This may violate your bank’s terms and conditions, and you could be left liable if money were to go missing.

Your best bet is to stick to services that use the new open-banking system. If unauthorised payments are taken under open banking, then your bank must refund you immediately unless it thinks you have been negligent. But even under open banking, there are still risks. The third-party app may not have the same level of security as your bank, meaning cyber criminals could hack the app to access your data. Is this a price worth paying for convenience? So far, we’re not 100% convinced.

Pocket money… go green and save on your mortgage

► If you live in Wales and have low energy bills, you could qualify for a bigger mortgage, says Adam Vaughan in The Guardian. From June, Welsh Help-to-Buy loans will take account of the energy rating of new-builds worth up to £300,000 in affordability sums.

Factoring the efficiency of a home into affordability calculations could allow lenders to increase loans by up to £11,500, because buyers’ electricity and gas bills will be lower, according to analysis by Nationwide. Barclays already offers a “green mortgage”, giving buyers a discount on the loan’s interest rate if they own a new-build rated in the top two energy bands, A and B.

► “The £11bn smart meter roll-out was meant to make things simpler for customers,” says Sam Meadows in The Daily Telegraph. But many of those who have since switched supplier in a bid to save money have found their meter is incompatible with the new firm’s network and has stopped working.

There are 10.1 million smart meters in homes across Britain. However, 400,000 are operating in “dumb mode”, said energy minister Claire Perry in February. This means the meter still displays energy usage in kilowatt hours, but “won’t show usage in pounds and pence or send readings automatically”. Of those that did continue working, in some cases it was because the new supplier had changed the smart meter.

► More than 140,000 homeowners pay a “procrastination penalty” because they don’t fix a new mortgage in time to avoid being put on their lender’s expensive standard variable rate, says David Byers in The Times. A third of borrowers whose mortgage deals ended last year “spent an average of 42 days on their lender’s standard variable rate” before they moved to a new deal, according to mortgage broker Dynamo. This meant they each paid an average of £371 more than on a new deal – £53.3m altogether.

The Financial Conduct Authority, the industry regulator, should introduce a “mandatory mortgage alarm”, forcing lenders to remind customers four months before their mortgage expires that they need to start negotiating a renewal, says Andrew Hagger of advice site Moneycomms.