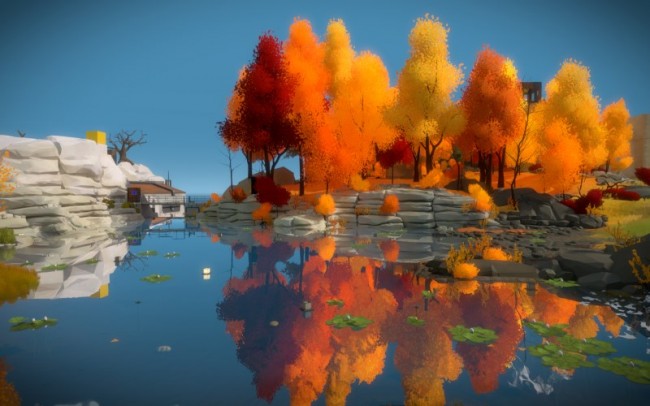 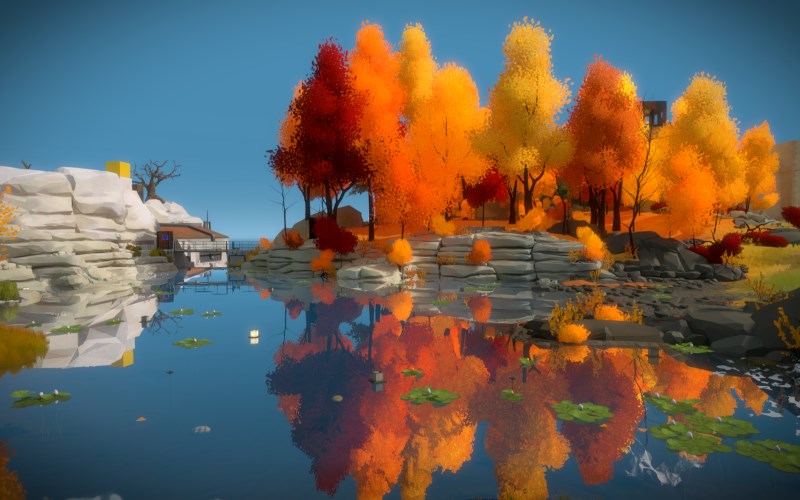 It is human instinct to survive; to seek safety and answers. The Witness, a 3D puzzle game from the creator of Braid, opens in an under-lit corridor without explanation. It doesn’t provide an iota of information as to what led to the current predicament – or even if it is one – but you instinctively know to walk towards the light. Just as you know what to do when you’re faced with a sign on the door in front of you. It seems natural: a click, a quick swipe to the right and the door pulls away to grant you passage.

On walking out into the sun, you’re presented with a surreal world, one that’s strikingly beautiful. And empty. There’s no one present to give you instructions, no heads-up display that guides you through the game. This is an open-world puzzle game, without any form of dialogue, exposition, and background music – a far cry from Jonathan Blow’s only other game Braid, which released in 2008. All access and storytelling in The Witness is controlled by puzzles, though the merits of the narrative are debatable. It relies on philosophy-laden messages to move the plot forward, and comes off as pretentious. But more on that later.

The world of The Witness is ostensibly an island, but it is best described as a mini-planet. Savannah, plateau, desert, plains, mountains, and water bodies are all at arm’s length, and each of these defines its environment and rules. Each also harbours its own separate mystery which eventually connects into the legend of the land. While you retain the choice to walk in the direction you please and observe it at our own sweet pace, you must conform to the rules laid down by each puzzle. That being, each one of them has a single predetermined solution. 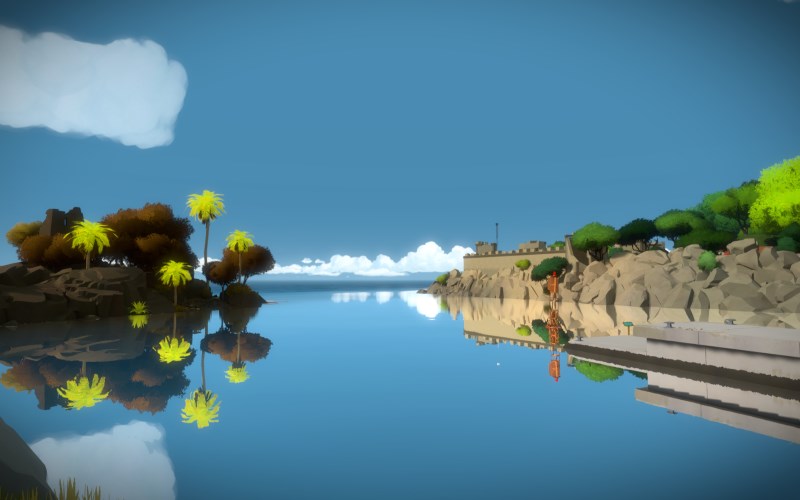 (Also see: The Talos Principle and the Philosophy of Gaming)

As a result, the principle behind puzzle design is at loggerheads with how Blow and his team want us to explore their world. There’s only one right way for solving any puzzle, but there are no wrong ways to explore The Witness. Each new area does run on its own logic that may not be immediately apparent, but if you’ve cracked your head open trying to dissect one and aren’t making any headway, you’re free to leave it behind and try puzzles in another area. Just don’t expect any help on your journey. The Witness won’t prod you or offer any hints.

There are elements in the environment – stone men, women and children – that clearly have a lot to say but appear frozen in place. It makes you wonder what catastrophe struck the island’s inhabitants. Was it a volcanic eruption? A powerful ancient curse? By offering no explanation, The Witness can at times be a haunting, chilling place to be in – despite its alluring and fanciful beauty – with you as the sole witness to the lasting tragedy of whatever befell the poor souls. It doesn’t help, though, that the aforementioned elements are missing from large parts of the game, making the plot elements feel unnecessary. Instead of being an integral part of the game, they appear to have been inserted for no reason but to pique your curiosity.

The surroundings of The Witness – natural or manmade – are the real meat of the puzzle endgame. In such a scenario, puzzles could easily feel tacked upon as a mere gameplay tool. That’s what they are, but for the most part, they work great. Every part of the island presents a new conundrum, a different way of doing things. The puzzles themselves are all based on the same 2D maze-like approach you learned at the very start of the game. Solving one may involve studying the pattern on the puzzle itself, or analysing its setting for cues such as perspective, light and so forth. For example, an early puzzle might have you keeping white dots away from black ones. Going forward, this particular logic might intertwine with something else entirely to make things more complex. Other parts of the island may well build upon the heritage, and bring their own set of traditions. The puzzle panels in any given area will build on their language, so to speak, as you are put through the paces. 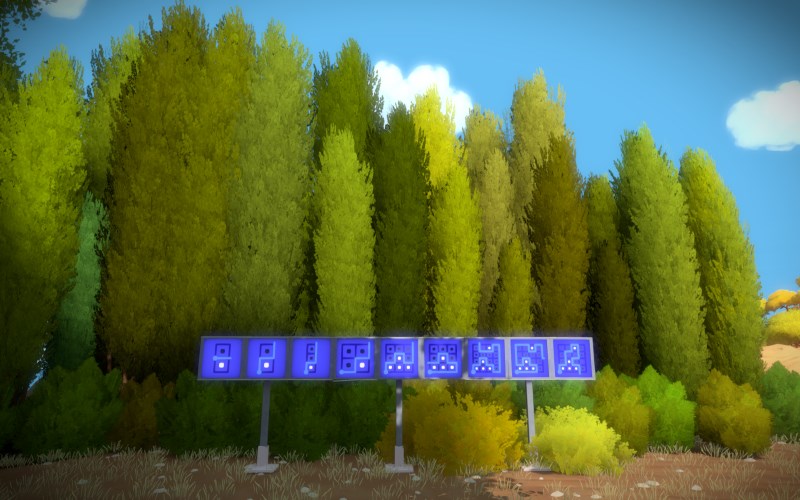 The developer’s work at moulding this steep learning curve is invisible for the most part. At times though, the staging falls apart and you can see the maker’s hand behind the curtain. The puzzles in The Witness are sometimes a bit too clever for their own good, and feel like an attempt at making things difficult for difficulty’s sake. Or maybe we ought to accept the alternative, that we’re not able to keep up with the game. The Witness’ all show no tell method seems a bit forced as the game goes on, and a definite wear for our poor brain. We felt clever at times but as the game progresses and the puzzles start to interlock, we felt increasingly stupid by the minute. In that regard, The Witness feels like a product of indulgence, in line with the length of the game’s production and the massive overshooting of its budget.

(Also see: Behind the Scenes With Firewatch, the Most Anticipated Game of 2016)

Speaking of indulgence, the story elements come off as self-serving and obfuscating. Once planned to be autobiographical, Blow opted for an experience that resembled Braid more. The Witness incorporates hidden audio and video messages – from James Burke putting a perspective on human achievements in a clip from 1979’s BBC documentary series Connections to a 10-minute-long scenefeaturing a man walking with a lit candle from Andrei Tarkovsky’s 1983 spiritual film Nostalghia – and these attach, or at least attempt to attach, a philosophical message to the game.

You have to ask if the game is taking itself a bit too seriously. The Witness is obviously a clever game, designed for people open to challenging their intellect. It can also be increasingly frustrating and push you in search for more direct answers à la Internet guides. Ultimately, while solving the puzzles and knowing you’ve cracked the system can be a rewarding experience in itself, it raises the question of whether its attempts at bringing a deeper meaning – via pre-existing media – are warranted.

Its insistence at not providing answers and straying away from the safety of regular rewards can be off-putting. The Witness wants to be more than a game filled with puzzles, but Blow’s singular vision lets it down.

The Witness is available for purchase on PlayStation 4 at Rs. 3,080 and Windows PCs via Steam for Rs. 849.