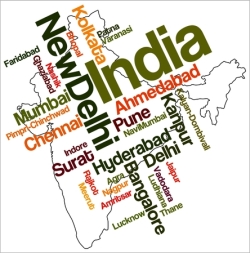 0Made in India startups are definitely gaining ground, and among them Made in Pune holds an increasingly important place. To further illustrate the success of Pune-based startups, we shall address a select few as a collective, while we hope for many more.

Let us begin our discussion with Sapience Analytics, creator of an award-winning enterprise class product designed to increase productivity and create ‘automated work visibility’ across the enterprise hierarchy – with no added managerial responsibility.

Sapience is intended to transform delivery output and capability in companies with employees dependent on the use of computers, allowing them to achieve up to a 20% gain in work output. By supporting automated deployment and upgrades, it connects to an organization’s existing internal applications, such as ERP and HRIS, to create maximum benefit without any additional effort.

In making possible this data and delivering these actionable advisories, employees and whole teams are assured that work hours are reasonable, and can therefore focus more time on key activities and thus optimize company productivity and output.

Founded in 2009, Sapience Analytics is the combined effort of four serial entrepreneurs with considerable experience in technology and management at global software companies. Primary founder and CEO Shirish Deodhar, after a series of successful ventures in software entrepreneurship, began work with In-Reality Software, which successfully exited to Symphony Services in 2004 and scaled operations in Pune to just over 700 employees. It was here that Deodhar was introduced to his three Sapience co-founders – one of whom, Swati, would also become Deodhar’s wife.

The Sapience team decided to develop a solution to improve the productivity of organizations working with remote teams. In mid-2009, Swati Deodhar completed the prototype that addressed their fundamental and universal problem: how teams assign and execute their work. At that time, Sapience found no competitors, which left them the added challenge of creating a new market and educating its buyers.

Their closest competitors today are RescueTime, oDesk, ManicTime and Cyclops 360 – none of which offer automated time and effort analysis, and team insights are limited. Most difficult for the founders, then and now, has been to highlight the fact that Sapience is not an employee monitoring tool, but is intended only to provide further insight into the quality and efficiency of collective work.

After bootstrapping for the first year and a half, Sapience Analytics received funding first from the Indian Angel Network in the amount of $350,000 in July 2010, followed by another $1 million in Series A funding from U.S.-based Seed Enterprises; the firm has money in the bank, but they are considering another round to fund aggressive sales in the U.S. With a total addressable market of $600 million, Sapience has crossed the $1 million annual revenue mark.

A second Pune-based company of note is Sensible Softwares and their flagship product, BootStrapToday. An application life cycle management platform, BootStrapToday both ensures that software development teams can begin work on their projects in just 60 seconds, and minimizes the amount of time spent chasing down software bugs to increase cost and improve code quality.

Writing completely bug-free code is a nearly impossible task, thus a significant amount of any software developer’s time goes into identifying, tracking and fixing bugs: nearly 30-40% (with an even higher percentage of time in maintenance projects). And with approximately 50% of these bugs found in advanced stages of development, it’s a costly enterprise, as well as a time-consuming one.

However, if a bug is detected during construction time unit testing, the fix takes no more than an hour – which is why BootStrapToday set out to create a solution that would do just that. Its platform offers intelligence and automation based on data mining techniques and social network-based analysis of developer contribution to assist in detecting bugs earlier.

Sensible Softwares was launched in 2009 by three co-founders Anand Agarwal, Nitin Bhinde and Vishwajeet Singh. Agarwal comes to Sensible after more than 10 years managing large-scale product lifecycle management initiatives with Geometric Ltd. Bhinde and Singh, his colleagues in previous organizations, join Agarwal in experiencing problems in the project execution stage and shared a collective desire to rid the tools for the software development life cycle of their inefficiency.

Together, they founded Sensible Softwares with the intention of bringing value through intelligence and automation.

Though some competitors existed at the time of BootStrapToday’s creation, price points proved to be a deterrent – while some were expensive, others offered only a pay-per-user model. None integrated intelligence to reduce overall project cost by identifying bugs earlier in the development process. In response, Sensible offers a series of four packages based on number of users. Today, their closest competitors remain Assembla, Unfuddle, Codesion (recently acquired by Collabnet), and GitHub.

Taking advantage of web 2.0 to provide near-desktop performance on mobile devices, Sensible Softwares believes they can capture their share of an $867 million market. After investing $12,000 of personal funds, Sensible received $250,000 in seed funding in 2011 from a Pune-based independent investor and currently has paying customers.

Third on the list is a much larger company that develops software products in Pune but does not market them: Persistent Systems, self-titled “Partners in Innovation.” Persistent offers outsourced software product development services, partnering with pioneering startups, enterprises and large technology brands.

Given the launch date and budget, as well as a “wish list” of product features and specifications, the firm sets about creating by the given deadline. Though it is primarily large product companies that make up the bulk of Persistent’s business, about 30% of their clients are startups.

Founder and CEO Dr. Anand Deshpande founded Persistent Systems after an 18-month stint working for HP in Palo Alto in 1990 – after which time he found his visa expired and he required a way to occupy his time once back in India. Deshpande claims

Persistent is his response to three key concerns he discerned when speaking with CEOs: a primary focus on management bandwith, a preoccupation with growth over cost, and a deep-seated interest in solving customer problems.

Now at 4,500 employees, with a small percentage still residing in the U.S., the company has grown substantially. The firm went public in April 2010.

Finally, let us examine briefly examine entrepreneurship of another kind: IndiaCakes, an online cake delivery shop. The site consolidates the menus of hundreds of cake shops throughout India, allowing users all over the world to browse and order from one convenient location.

Similar to those previously mentioned, the company identified a market gap and sought to fill it. Founder, Manit Nagri, created a means for consumers anywhere could send high-quality cakes – and in some cases, flowers as well – for any occasion to friends and family in 250 Indian cities. IndiaCakes offers added conveniences such as 5-hour delivery, and the possibility to have cakes delivered by midnight.

Since its inception in 2007, the company has taken off. It aims to have over 400 stores across India, and through a combination of storefront purchases and online ordering, is already past the elusive $1 million revenue mark.

I have been to Pune several times and spent time with large numbers of entrepreneurs on each occasion. The city currently has a special kind of energy brewing in its belly, and I am excited to see where these entrepreneurs lead the country.