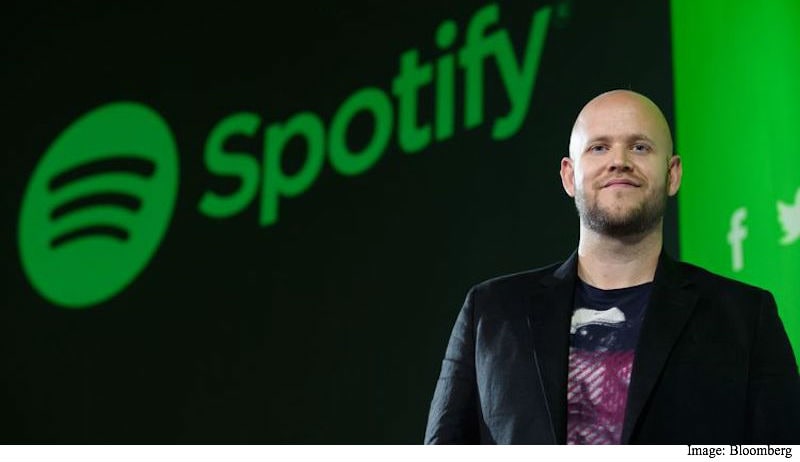 Spotify CEO Daniel Ek Becomes Chairman as Co-Founder Steps Down
Spotify co-founder and Chief Executive Officer Daniel Ek is consolidating power over the world’s largest music streaming service, taking on the role of chairman ahead of a planned initial public offering as soon as next year.

Martin Lorentzon, a co-founder of Spotify, is stepping down from his role as chairman after 10 years, a Spotify spokeswoman said in an e-mail. Lorentzon will become vice chairman, he said Thursday on his Twitter feed.

“I look forward to another 10 years at Spotify as vice chairman,” Lorentzon said.

Ek is leading the company as it prepares to make its case to public-market investors and takes on a growing list of rivals, including Apple, Amazon and Pandora. He’s taking a page from other technology industry founders such as Facebook’s Mark Zuckerberg – who maintain tight control over the leadership and direction of their companies – as he oversees a growing staff spread across Stockholm, London, New York and Los Angeles.

The company is in the midst of critical negotiations with record companies that will determine how much Spotify pays to carry music on its service. The outcome will help determine whether the company can bend itself toward profitability, as it currently pays most of its revenue back out in the form of royalties to labels and publishers.
Spotify last month surpassed 40 million paying customers, and has 100 million monthly users including its free, ad-supported product. It generated more than $2 billion in revenue last year but remains unprofitable.

(Also see: Spotify Said to Be in Advanced Talks to Buy SoundCloud)

Earlier this year, Lorentzon joined venture capitalist and Skype founder Niklas Zennstrom, former Finance Minister for Sweden Anders Borg and several other business leaders in signing an open letter calling for reforms in Sweden’s education, tax and housing industries, and warned that failure to do so could force businesses from the Nordic region’s biggest economy.