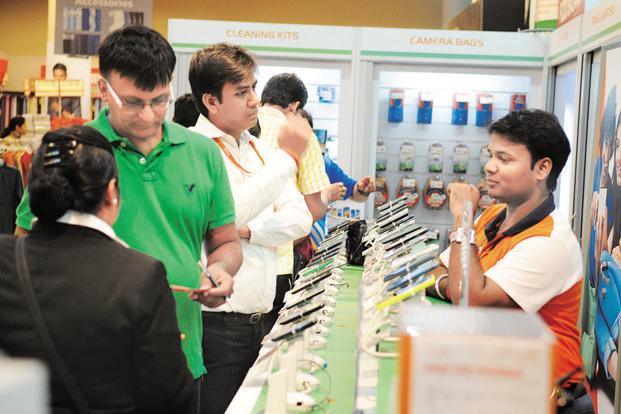 “How many places in the world do you know where there are half a billion people online, up from 100 million people just five years ago,” said Dave McClure, founding partner at 500 Startups, attending a high-profile start-up industry conference in India’s technology hub Bengaluru.

Indian start-ups raised a record $4 billion last year. But much of that went into established e-tailers such as top online marketplace Flipkart, which received $700 million in funding.

Smartphones account for about a quarter of the more than 1 billion mobile phone accounts in India, the world’s second-biggest telecoms services market by number of users. And that segment is growing the fastest, with new smartphone sales crossing 100 million for the first time last year.

That bodes well for app makers and their investors in a country where computer penetration is low and people use their smartphones to do everything from watching movies to shopping for goods and services.

With smartphone sales growth slowing in China, India is also becoming more important for those looking to cash in on the opportunity.

“India will become very likely the only growth engine for mobile internet in the entire world, when you think about it in reality China’s smartphone sales significantly tapered off in 2015,” said Alex Yao, who looks after strategy, innovation and investments at China-based app-maker Cheetah Mobile.

New York-listed Cheetah, which has more than 600 million monthly active users on its suite of mobile apps, this year launched its Indian operations and is looking to invest in, or buy out, Indian app makers.

“The market in India is three to four years behind China. Given the similarity in population density, (economic development), so very likely what happened in China will also happen here in the next few years,” said Yao. Reuters