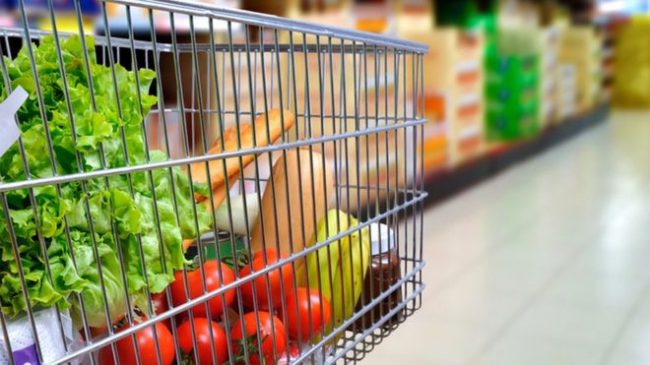 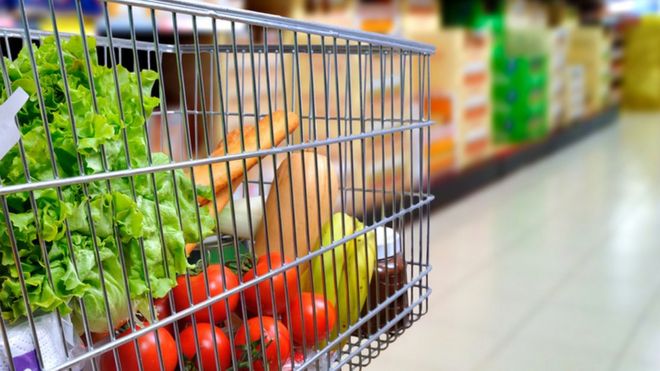 The numbers are looking up for retail, but for the wrong two reasons. One: inflation has picked up. Two: consumers are borrowing more when, collectively, we are already overstretched.

Mixed news from Scottish retail is that it has had a bad year, compared with the rest of the UK, but a better start to 2017.

The latest from Kantar Worldpanel retail consultancy provides insight into groceries, as takings picked up 3.7% in the 12 weeks to April 24.

That mostly reflects inflation, but also the lift that Easter increasingly gives shopkeepers.

This year, £325m was spent on Easter eggs, at a slightly higher average per egg (£1.65 seems quite cheap to me, but I’m fussy about chocolate). Consumers bought 20 million bags of hot cross buns in one week.

That data also shows the jockeying for position between the big grocery chains. Iceland has picked up share a little, but as before, it is Aldi and Lidl which are storming ahead, both on 18% growth over last year. Together, the German retailers have more than Morrisons’ 10.4% share.

These most recent figures show the big four grocery chains have continued to lose market share.

Having bet the farm on big format out-of-town retail, Asda continues to lose ground fastest, though its decline has slowed a bit from dizzying rates. Owned by Walmart, Kantar reckons it has a 15.6% share.

Tesco remains on top, with 27.5% of the grocery market. It previously topped 30%. The most recent figures suggest that several years of turmoil, plus an accounting fraud, may at last have bottomed out.

The market leader has rebooted its mojo, with store re-design and simplification of its business, offloading foreign offshoots, Giraffe restaurants and, recently, its optician counters.

Sainsbury’s put out results on Wednesday, for the full year to March. It tells an interesting tale of what’s working in retail, and some of what doesn’t.

There has been an unexpected and very awkward shift in grocery sales from the big weekly family shop to more numerous trips to the local store.

Sainsbury’s is well positioned in conventional shopping streets. Online grocery ordering was up 8%. Of that, a tenth is now done through its new mobile app.

In common with others, the big orange one has stabilised its price discounting, with fewer offers for multi-buys and fewer promotions. But with fierce price-driven competition in recent years, that transition has been bumpy, and remains so.

It has gambled on the acquisition of Argos, with integration well under way and many of its larger stores to include an Argos section. That has bought Sainsbury’s a market position through Argos’s unorthodox digital catalogue non-food sales.

It makes sense if it can by-pass the legacy retail business of managing colossal amounts of floorspace, and cutting the square metres to fit the change in consumer behaviour.

Across retail, the challenge is to grasp the opportunity of selling online and mobile, mixing bricks with clicks, with both home delivery and click-and-collect. That much we all know, because consumer behaviour has changed and will continue to change.

Marks and Spencer is reported to be launching a home delivery service, possibly with Ocado.

In an unusual move, it has recruited Halford’s chief executive to head its long-time problem of clothing and other non-food sales, emphasising the split between food and non-food at a time when more of its floorspace is being handed to the successful food offer.

That’s while Amazon, the presence that looms over all of this, is heading further into clothing. Last week, it had a soft launch of Find, its own clothing label.

Debenhams is grappling with change, having just announced a turnaround planbased on “destination, digital and different”.

The aim is to be the place to go for “social shopping”, reflecting much faster growth in UK leisure spend than for retail. That’s also being seen as a shift from buying things to paying for experiences – a meal out instead of another dress.

The chain is shrinking its portfolio of department stores, and re-designing those that remain.

It wants to make things easier to find, simplifying product ranges, cutting stock on the sales floor, adding more catering options, and focussing more on beauty. That’s one area where the personal touch, and in person, has stronger prospects.

House of Fraser is heading the same way. Last month, it reported flat annual sales, though online is now 21% of its revenue, growing last year by 16%.

It is describing the future of the department store as a “lifestyle-led experience”. The Belfast store has had a positive experiment with a champagne bar, so corks are expected to pop elsewhere and more restaurants are likely.

If the US is any guide, there will be far more closures to come. American department stores – Sears, Macy’s and JC Penney among them – are slashing floorspace at a faster rate than during the financial crunch, according to a Bloomberg report.

They had expanded mainly in clothing, and failed to anticipate a sharp shift away from women’s ever-expanding wardrobes.

That said, America may not be that good a guide – its stores had expanded to fill an awesome number of malls across the country, and it looks like a bubble has burst.

(The cash till, in all this, is seen as a likely victim of all this change, at least outside groceries, as sales staff shift to transactions on mobiles, with digital receipts. If you’ve shopped at an Apple store any time recently, you’ll have got a flavour of where others are likely to go.)

A loyalty card is important, but the data it generates has to be harnessed.

Having a website is nowhere near enough. A recent report from retail specialists at Econsultancy suggests shopkeepers are either going mobile-first, mobile-friendly, or failing.

It cited figures showing mobile sales in the UK were up 16% last year to £133bn. Sales from smartphones were reckoned to be up 47%. Nearly nine out of 10 digital shoppers have used mobile.

A survey for the report found nearly all responding companies are prioritising the search for an understanding of how mobile users research and buy products, and optimising the customer journey that gets to a sale.

With that goes the requirement to send a consistent message across all these sales channels, and they want to use data to personalise their marketing approach.

Looking ahead, price seems to have a relatively low priority in retailer thinking, at least as a differentiator. Perhaps they already accept that the giant digital retailers are going to win on price, so they have to be smart in other ways.

Virtual and augmented reality is seen as the most exciting prospect in the next five years, using artificial intelligence to understand and pre-empt customer decisions.

We can expect big changes to payment technologies, and conversation with machines instead of time spent on the keyboard.

One notable element that keeps cropping up in this report is the word “fun”. If we’re to be pulled out of our homes and comfort zones, the successful retailer of the future is going to have to make the experience of shopping an enjoyable one.

For many, of course, these can be the golden years. But for many others, they bring high care costs.

Long before then – right now, in fact – there’s inflation, fuelling pressure for public sector pay to break through its recurring 1% annual constraint.

That’s after many lower-paid council workers already got a lift up to the Living Wage level, and auto-enrolment into pensions – all eating into council budgets.

Renfrewshire Council has calculated its costs from that single pension requirement. Extrapolated across Scotland by Audit Scotland, it comes to £90m a year.

Other national reforms are placing new requirements on councils; more childcare, merger of health and social care budgets, community justice, the educational attainment gap, the training levy. European funding is being removed, business rates are being reviewed, and the system of council tax remains unsettled.

Brexit may also choke off recruitment from the rest of the European Union, making it more difficult and expensive to find sufficient social care staff.

Careful where you cut

The Accounts Commission watchdog of councils, reflecting on the Audit Scotland analysis, politely concludes that councillors elected this week will have to raise their game in medium-term and strategic financial planning.

That will involve careful application of redundancy policies, to ensure that they retain the skilled staff needed to keep services functioning.

Between 2011 and last year, the number of (full-time equivalent) staff fell 7%, or 15,000, to 198,000. That decline can be expected to continue. Yet only half of councils were found by their watchdog to have workforce plans.

Those freshly-minted councillors are also invited to ask why outcomes from services are not that closely linked to funds available. In other words, the same funding in comparable areas is producing markedly different results. In some cases, less funding has been accompanied by improved performance.

And it is gently suggested by the Accounts Commission that councillors need to enhance their skills in handling this budget squeeze. There are difficult choices about how to reform services, both to run them and to hold them accountable in councillors’ “complex and evolving roles”.