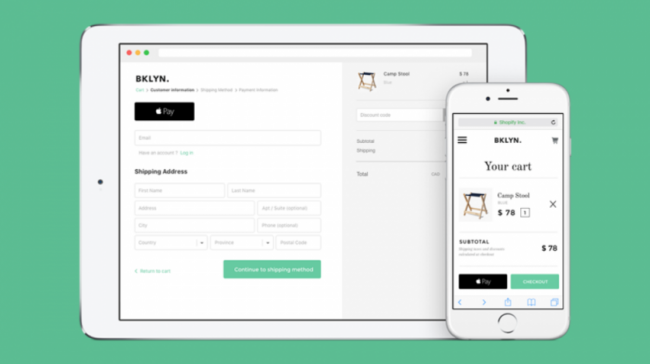 The release of the new iOS 10 was not the only announcement made at the Apple (NASDAQ:AAPL) Worldwide Developers Conference in San Francisco recently. The tech giant said that Apple Pay, Apple’s mobile-payment service, will come to the Web this fall.

Shopify, a cloud-based, multichannel commerce platform designed for small and medium-sized businesses, is among the first companies to publicly state that it will offer the service as a payment option.

“Currently, online shoppers encounter a lot of friction when trying to purchase items on a mobile device. Apple Pay can help provide consumers with seamless purchase experiences,” the Director of Engineering at Shopify Jason Normore said in a recent company release. “Shopify’s mission has always been to enable our merchants to offer their customers the best experience, and that’s why the announcement of Apple Pay coming to the Web is so exciting. Now more than 275,000 small and medium-sized businesses are laying the groundwork for a better shopping experience on iPhone, iPad and Mac.”

The ecommerce giant went on to say that more than 60 percent of all checkouts that are initiated on Shopify stores come from mobile but only 40 percent of the visitors actually complete a purchase.

Up until this point, consumers could only complete Apple Pay payments through a mobile app. Shopify, however, believes that the arrival of the service on the Web will mean merchants will now be able to provide a simplified checkout via Safari with Mac, iPhone or iPad, and this will increase the likelihood that more visitors will click the “buy” button.

In addition, developers will now be able to add Apple Pay functionality through the iMessage Apps SDK, meaning that small business owners will be able to customize iMessage conversations with shoppers that will allow in-message purchases.

This long-awaited option will no doubt compete against global companies such as PayPal and give both merchants and customers another option for making ecommerce transactions.