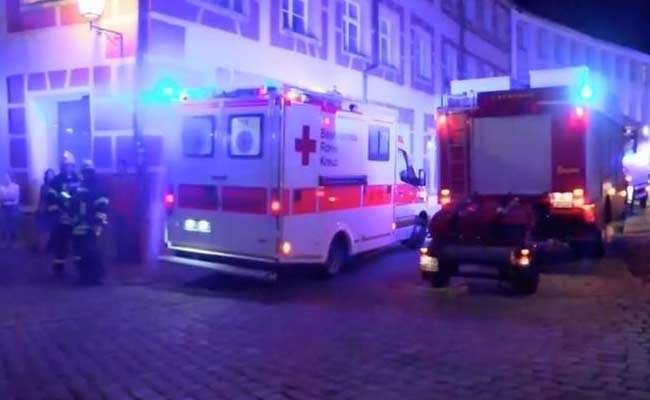 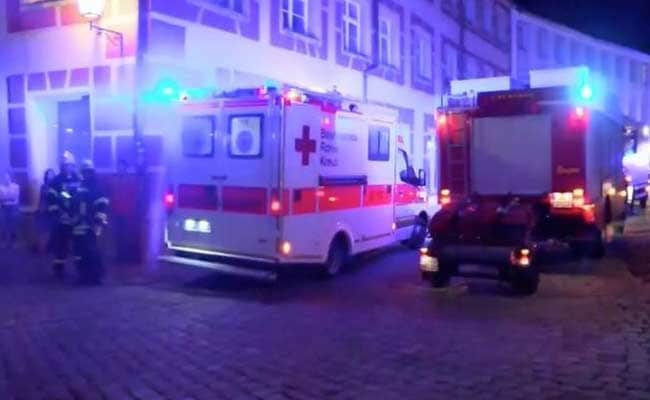 Residents of Ansbach were left reeling after a Syrian suicide bomber attacked a bar in Germany.

ANSBACH:  Residents of Ansbach were left reeling Monday after a Syrian suicide bomber blew himself up outside a music festival, shattering the sleepy calm of this picture-postcard southern German city.

Few in the prosperous city of 40,000 people, whose old town is filled with well-preserved half-timbered houses, could have conceived their home would become the target of brutal violence.

“There’s a strange atmosphere in town, people are in shock,” said Kirstin Maier, 49, sitting in the sun outside a cafe a few dozen metres from the police cordon.

A day after the blast a few gawkers were on the central square — and many TV trucks — but they were unable to get close to the scene of the explosion.

Maier and her partner Rainer Bettighofer, 53, heard the blast from the balcony where they were sitting at around 10 pm (2000 GMT) on Sunday.

The Syrian assailant killed himself in attack that left 15 people wounded and was claimed Monday by the Islamic State group.

For the pair, the fact that sudden violence could have struck this corner of Bavaria — at the hands of a man admitted to Germany as an asylum seeker — is certain to have a deep impact on political feeling here.

“Too many refugees are arriving in Germany, there aren’t enough checks,” said Bettighofer.

“I think this is just the beginning.”

Talking to the pair, it’s apparent that calls from political leaders not to generalise from attackers to all new arrivals in Germany are not finding purchase.

Mayor Carda Seidel implored her constituents on Monday to “differentiate” when it came to refugees, rather than attaching fears to the roughly 600 newcomers put up in several homes around Ansbach.

But those words appear to ring hollow in the ears of local people after a week that has seen multiple high-profile attacks in Germany, three of them by asylum seekers and refugees.

Anti-immigration voices in Germany had long warned that the country was courting disaster by allowing more than one million people, many of them young men from the Middle East, to cross its borders in 2015 as Europe’s refugee crisis hit its peak.

And Germans watched in horror as violence racked neighbouring France multiple times over the past 18 months.

Now it has struck some of the idyllic Bavarian communities that symbolise a certain kind of safe, homely German identity tucked away behind rolling hills and deep, green forests.

“You don’t expect something like this in a small town. Munich is a big city, but Ansbach is really very small and more rural,” said Gertrud Schmidt, a physiotherapist who has lived her whole life in the area.

“I fear now that all the refugees will be seen as bad. We have to be careful,” said Thomas Trzybinski, 32, who was in the crowd at the Ansbach concert just a short distance from the explosion.
“You’d never have imagined this would happen in Ansbach.”