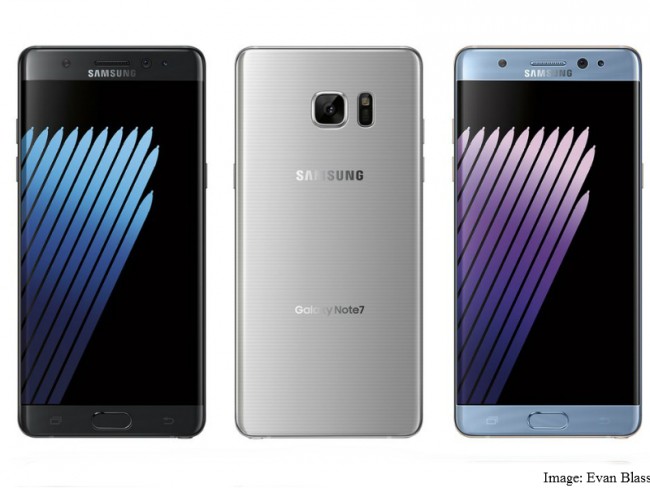 Samsung has announced that it is hosting its grand Unpacked event on August 2 this year. The event will be conducted in New York, London, and Rio de Janeiro simultaneously, where the Galaxy Note7 will be unveiled to a presumably large audience. The event will be live streamed on the company website, and will begin at 8.30pm IST.

With less than a month left, the rumour mills have been working overtime churning out all the possible details of the phablet. Numerous features and specifications of the Samsung Galaxy Note7 are already known. We compile all the rumours and leaks that have surfaced online so far, and give you a comprehensive list of all that is expected to come with the Galaxy Note7 this year.

Release date
Samsung is breaking its traditional pattern by launching the phablet in early August. The company looks to fend off iPhone competition, and for that reason the Galaxy Note7 will reportedly be made available to purchase in the South Korean market the very same day. According to a fresh leak, Samsung is looking to make the Galaxy Note7 available to buy before the Rio Summer Olympics kick off on August 5, where it is the official wireless partner.

Price
Leaks surrounding the price of the phablet have been minimal, but an early leak did tip possible Europe prices. The Galaxy Note7 is expected to be priced starting from EUR 849 (roughly Rs. 63,000) in Europe, which is EUR 50 more than the Galaxy S7 Edge.

Note7 not Note6
The company is skipping a numeral this year and calling the phablet the Galaxy Note7, instead of the Galaxy Note6. The company has announced that it has taken this step to avoid confusion among its consumers, and unify its product portfolio. Samsung released the S7 and S7 Edge this year in its flagship Galaxy ‘S’ series, and bringing its Note series to the same numeral made sense to it.

Iris scanner
After the Galaxy Tab Iris, Samsung is set to flag off the iris scanner feature in its mobile portfolio with the Galaxy Note7. The scanner has leaked on multiple occasions, and the last one even gave us a glimpse of it in action. It is expected to unlock the device in less than a second (the user only has to look at it). Of course, this doesn’t mean that Samsung has ditched the fingerprint scanner, and it will still be embed the sensor into the Home Button.

Dual-edge display
There are a lot of firsts with the Samsung Galaxy Note7, and at the top of the list is the dual-edge display. Sure, an Edge variant did accompany the Galaxy Note 4, but this time around Samsung looks to exclusively launch the dual-edge diplay variant, and give the flat screen variant a complete miss. Samsung is said to have ditched the Edge variant with last year’s Galaxy Note 5 due to some tech difficulties in getting the S Pen to work on the edges. That seems to be solved now, and the company is all equipped to flaunt the display as its big feature on the phablet.

Water resistant
The Galaxy Note 7 will be the first in its series to get water-resistant capabilities. A Zauba listing tippedthat the phablet will be dust and water resistant to an extent.

USB Type-C port
The Galaxy Note 7 is also said to be the first phablet in the Samsung portfolio to switch to the Google-approved USB Type-C port. Leaks do point toward this change, but the final confirmation will only come on August 2.

Specifications
Very little has been left to the imagination when it comes to the Galaxy Note7. The phablet is said to sport a 6-inch QHD Super Amoled display, though other reports tip a 5.8-inch display instead. It is expected to come in two variants featuring Qualcomm Snapdragon 821 and Exynos 8893 SoCs paired with 6GB of RAM (10nm chip). However, there have been contrasting reports of a Snapdragon 820 processor paired with 4GB RAM as well. The Galaxy Note7 will offer three inbuilt storage options – 64GB, 128GB, and 256GB (with the choice to expand as well). It is rumoured to sport a 12-megapixel rear camera, 5-megapixel front camera, and a 3600mAh battery. The smartphone will run on Android 6.0 Marshmallow-based TouchWiz Grace UX.

Colour variants
The Samsung Galaxy Note7 is expected to come in three colour variants – Black Onyx, Silver Titanium, and Blue Coral. This information comes from Evan Blass, a source with high accuracy rate. Interestingly, a Gold colour variant is not added in the mix, however we won’t rule it out completely till official launch.

Improved S Pen
featuresSamsung has succeeded in keeping details about the S Pen a close-guarded secret for now. The Korean giant has confirmed that the new S Pen alongside the Galaxy Note7 will come with ‘added functionalities’, but that’s all we know about the stylus for now. Samsung will presumably also not repeat the same mistake it did with the Galaxy Note 5, which was said to have a ‘S Pen design flaw’ that allowed the stylus to be inserted backwards into its slot, causing damage to the stylus detection mechanism and possibly getting stuck.