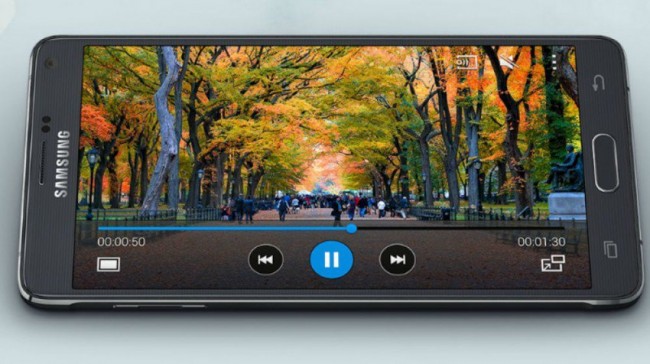 Within the Galaxy Note series, the S Pen is still its main selling point. The line includes the Galaxy Note 8.0 mini tablet and the Galaxy Note Edge smartphone. This time around, a few software enhancements have been introduced to the S Pen, some good and some not so good. Shop around a little and you can easily find lower-priced phablets from reputable brands.

The Samsung Galaxy Note 4 S Pen is still the defining utility hardware within the entire Note line. This time around, a few software enhancements have been introduced.

Taking screenshots via the S Pen is extremely helpful. To do this, hover the S Pen close to the screen, click the button that’s on the pen, then select the last choice on the wheel.

That’s simple enough but these steps take a little practice. The choice wheel also pops up automatically anytime the pen is pulled from its chassis.

Unlike older versions of the Galaxy Note, the S Pen can now be re-inserted in any direction without fear of damaging the phone. The pen thankfully still responds to the buttons on either side of the home button, an improvement Samsung made in 2013 to the Galaxy Note 3.

The included charger allows the phone to charge quickly.

The sides of this phone are much too sensitive.

I almost inadvertently blocked a friend on Skype, too. The bezel – albeit visually aesthetic on the Note 4 – is its own worst enemy.

The S Pen feature named “Direct Pen Input” provides a handwriting pad which is intended to be helpful, but it honestly just gets in the way. To turn it off, you’ll need to access the settings. This isn’t something a smartphone newbie would be comfortable doing.

The Note 4 is the first in the Note line to get optical image stabilization in the main camera. Despite that claim, it still produced blurry pics after I ran a few deliberate stress tests.

Samsung bloatware has been toned down, but it’s still there.

Who Samsung Galaxy Note 4 Is Best For

This phone is probably best for those who are seasoned in using smartphones. Asian business owners who don’t write in English would likely have the biggest loyalty to this phone and all the variants within the “Note” line simply because of the S Pen.

The S Pen is popular in Asian countries such as South Korea and Taiwan because of its ability to write native input in the languages of those countries.

I don’t recommend this phone to people who are new to smartphones.

The browser windows are treated as separate entities when you view all your currently open apps. Some people might consider that a positive, however I feel Samsung likely modified it to meet the needs of new smartphone owners.

It, like so many other traits of the Galaxy Note 4, is a modification that falls flat because it seems to cater to people who are new to smartphones, but doesn’t really hit the mark with its intent.