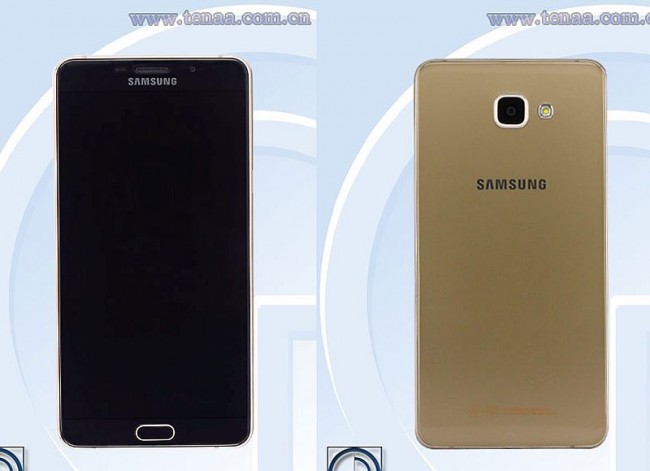 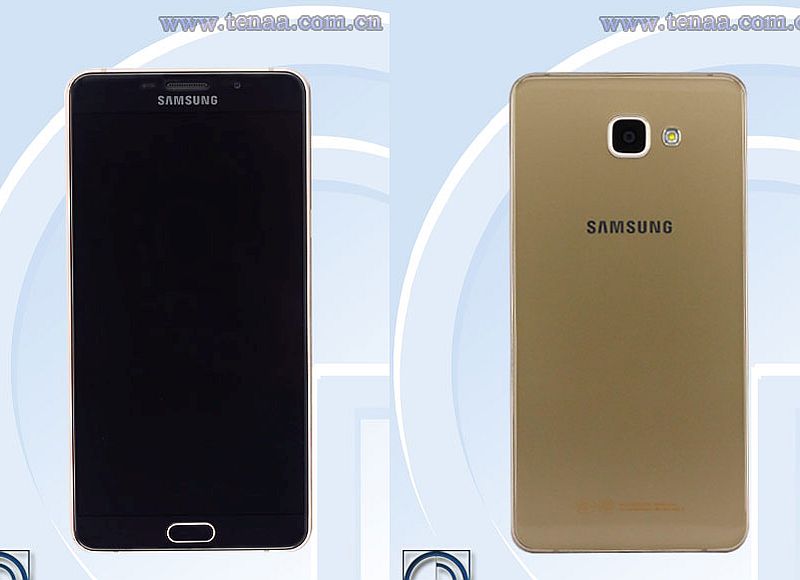 As per the Tenaa listing of the SM-A9100, thought to be the Samsung Galaxy A9 Pro, the smartphone features a 6-inch full-HD (1080×1920 pixels) resolution Super Amoled display and will pack an octa-core SoC under-the-hood clubbed with 4GB of RAM.

Furthermore, the 4G LTE-supporting handset in question might arrive featuring a 16-megapixel rear camera and a 5-megapixel front-facing camera. Also seen in the Tenaa listing is 32GB of inbuilt storage, which can be expanded via microSD card (up to 128GB). The handset is said to measure 161.7×80.9×7.9mm and weigh 210 grams. It runs Android 6.0.1 Marshmallow.

The alleged Galaxy A9 Pro smartphone was also leaked in a benchmark listing last month tipping innards of the handset. As per the benchmark result, the Samsung Galaxy A9 Pro was said to run Android 6.0.1 Marshmallow out-of-the-box and feature a 5.5-inch full-HD (1080×1920 pixels) resolution display, and pack an octa-core Qualcomm CPU clocked at 1.8GHz, clubbed with 4GB of RAM and Adreno 510. The smartphone was seen sporting 32GB of inbuilt storage, out of which 25GB was user accessible. On the camera front, the Galaxy A9 Pro housed 16-megapixel autofocus rear camera with face detection, touch focus and LED flash, along with a 8-megapixel front-facing camera. Both the cameras can record videos in full-HD resolution. Some of the other features include accelerometer, GPS, compass, NFC, ambient light sensor, proximity sensor, Wi-Fi, and Bluetooth.