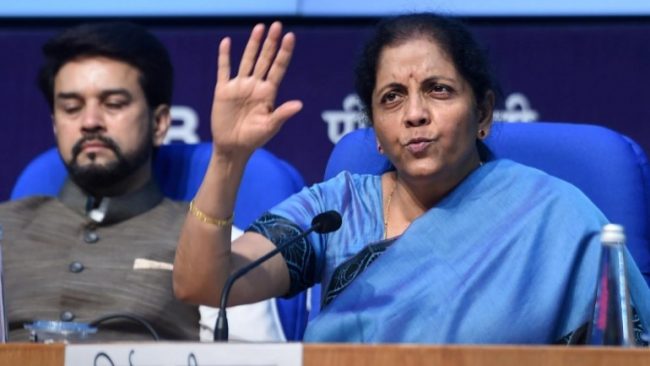 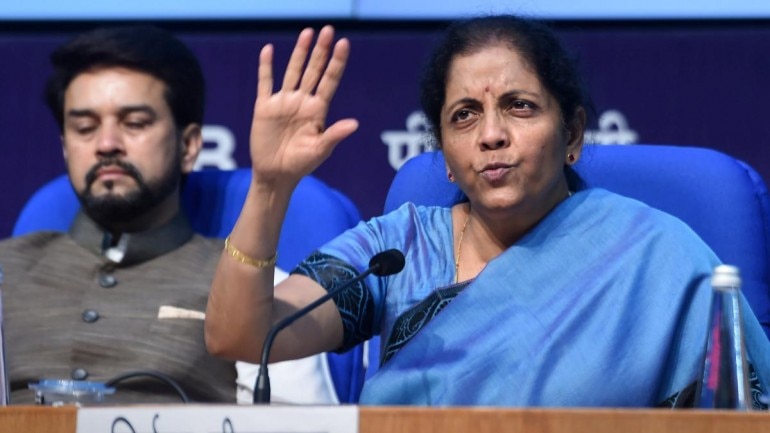 Finance Minister Nirmala Sitharaman on Saturday unveiled over Rs 70,000 crore of measures for exporters and the real estate sector, including about Rs 30,000 crore new spending in plans such as setting up of a stressed asset fund, as part of efforts to boost economic growth from a six-year low.

While measures to boost exports include remission of duties, higher insurance coverage and technology enablement to cut downtime at ports, for real estate sector a Rs 20,000 crore fund — with half of the money coming from the government — will be set up to provide last-mile funding for housing projects that are not in bankruptcy courts or already tagged as bad debt.

The remission based incentive scheme for export of goods would involve Rs 50,000 crore of outgo, higher than the Rs 40,000-45,000 crore budgeted in existing plans that it is replacing.

Exports have declined in two out of last three months despite a weaker rupee, while the shock 2016 demonetisation of 86 per cent of the currency in circulation and introduction of the Goods and Services Tax (GST) had dented the real estate market.

For exporters, a new scheme for reimbursement of taxes paid on exports, called the Remission of Duties or Taxes on Export Product (RoDTEP), will come into effect from January 2020 to replace existing dispensations.

The new RoDTEP “will more than adequately incentivise exporters than existing schemes put together,” she said.

Besides, a Rs 1,700 crore annual dole will allow Export Credit Guarantee Corp (ECGC) to offer higher insurance cover to banks lending working capital for exports, she said. This will enable reduction in the overall cost of export credit including interest rate, especially for MSMEs, she added.

Priority sector lending tag for export credit is under consideration of the Reserve Bank, which will release an additional Rs 36,000 crore to Rs 68,000 crore as export credit.

Other measures for exporters included real-time electronic processing of GST refunds by the month-end, action plan to reduce time to export or turnaround time at airports and ports by December and a special FTA utilisation mission that will work with export houses to utilise concessional tariffs in each free trade agreement (FTA) India has with different nations.

At a press conference called to announce the third and final set of measures to address stress in specific sectors and bolster growth, Nirmala Sitharaman said housing finance companies have been allowed to borrow funds from abroad at relaxed rules while interest rate on housing building advance has been lowered, benefiting government servants who make up for a major component of demand for houses.

The stressed asset fund, which is to be used to provide finance to affordable housing projects, will benefit around 3.5 lakh homebuyers, Sitharaman said, adding that buyers stuck in bankruptcy-bound projects will get relief through the NCLT route.

Nirmala Sitharaman said buying new homes will become easier and more affordable in the country as she announced a Rs 10,000 crore special window. She said the Narendra Modi government has decided to set up a special window that will provide last mile funding to housing projects in the country.

Finance Minister Nirmala Sitharaman also announced that a mega shopping festival, on the likes of the world-famous Dubai Shopping Festival, will be conducted at four places in India in March on themes of gems and jewellery, handicraft/yoga/tourism, textiles and leather.

The finance minister said the measures together with the ones announced on the previous two occasions will help lift the economy and growth rate will improve in the second quarter of this fiscal.

Nirmala Sitharaman said that inflation has been kept “very much” below the 4 per cent mark and there are “clear signs” of revival in the economy, as witnessed in an uptick in industrial production and fixed investment.

Measures are being taken to improve credit outflow from banks, which have also begun to transmit interest rate cuts to borrowers, she said. Sitharaman will meet heads of public sector lenders on September 19 to review the transmission.

The Reserve Bank of India has since February cut the benchmark interest rate by 110 basis points but banks have lagged in transmitting the lower rates to borrowers.

The government has been pressing banks to offer external benchmark linked loans to speed up the transmission of rate cuts.

5. No prosecution for minor tax offences

“Prosecution will be launched only in deserving cases. For small tax payers, prosecution won’t be initiated,” Nirmala Sitharaman said.

She said prosecutions in defaults below Rs 25 lakh will be initiated only after an approval from a collegium comprising two senior officials of the tax department. Nirmala Sitharaman said, “It is not that just because someone wants to start prosecution that he/she will be allowed to do so.”

India’s GDP growth decreased for the fifth consecutive quarter in April-June 2019 to 5 per cent, the lowest in six years. This was on the back of faltering domestic demand, with both private consumption and investment proving lackluster.

When asked if the government was reassessing its fiscal map, Sitharaman said: “Well it is a one quarter matter (5 per cent growth) but then we will be definitely taking that on board and reconcile it with what I have stated in the Budget.”

The growth numbers are “now very different from what we had said in the Budget. We will certainly reconcile…and take a call at what stage we are and what level we are,” she added.

The minister also stressed that it is a fact that growth was low in the first quarter and “5 per cent growth is not something which I am ignoring”, but added that there are clear signs of revival in certain sectors.

Commenting on the measures, Vikas Vasal of Grant Thornton India LLP said the steps should help provide impetus to the two sectors and also have a spiral effect on the associated sectors like technology, logistics and labour employment.