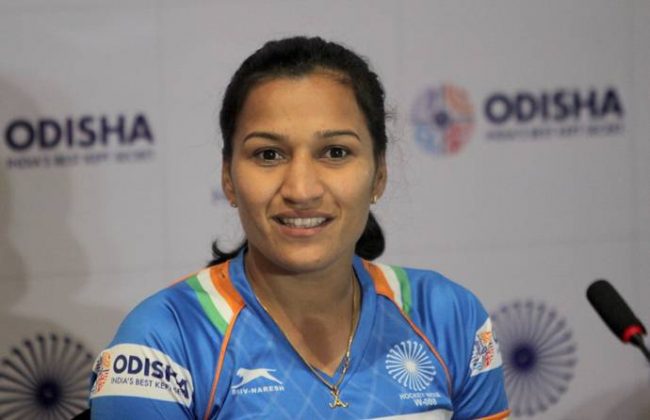 Last year marked an eventful season for the Indian women’s team as it booked its ticket to 2020 Olympics, where for the first time in the history of the game it will make back-to-back appearances.

“The starting of the Olympic year has been good. Specially, because last year we managed to qualify for Tokyo. Since then women’s hockey’s graph is going well. In the last three years the team has done quite well,” Rani said.

The skipper feels South African Wayne Patrick Lombard, who was appointed as the scientific advisor of the women’s team in 2017, has made a significant contribution in improving the fitness level of the players, something the squad had lacked earlier.

“The combination of fitness and skill has been great. Earlier we used to lag behind in fitness. But that has improved in the last three years. Wayne Lombard, has worked really hard with the team, personally and individually,” she said.

“In today’s time if the fitness is good we can play well but if there is no fitness even the skill won’t help,” she said.

Rani, who currently has more than 240 caps for India, feels the improved level of fitness has brought a belief in the players that they can beat any team irrespective of the rankings.

“It has boosted the team’s confidence. They are not scared of facing any side. Also because these days ranking doesn’t mean much, whoever performs better on that given day wins,” she said.

“We are concentrating on our game more than others. Our competition every day is with ourselves. How we can perform better and better.”

Former Dutch hockey player Janneke Schopman has joined the Indian women’s side as an analytical coach last month and Rani feels the Olympic gold medallist has made breakthroughs in her very first tour.

“She herself is an Olympic gold medallist so she is realistically aware of the team, how the players feel. She has also helped us on the mental side. She tells us small, small things that have helped us a lot in the New Zealand tour,” Rani said.

Talking about the Tokyo Olympics, the skipper said the team needs to take one game at a time and avoid being overwhelmed.

“We have to utilise all the chances that we get. We can’t break the structure, if we break that, we lose.

“We will take one game at a time in the pool stage. We have to plan match by match, not rush ourselves saying that we need to win all five matches in the pool stage and once we reach the quarterfinals it is anyone’s game,” she said.

On the personal front, Rani, who has been a member of the national team since she was a 15-year-old, became the first-ever hockey player to win the prestigious “World Games Athlete of the Year” award last month and the 25-year-old feels it is the biggest recognition for women’s hockey.