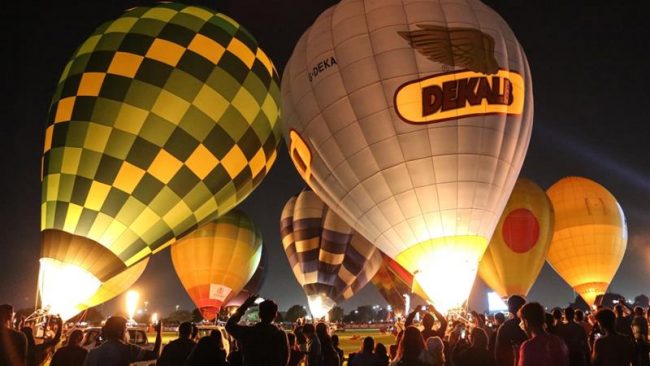 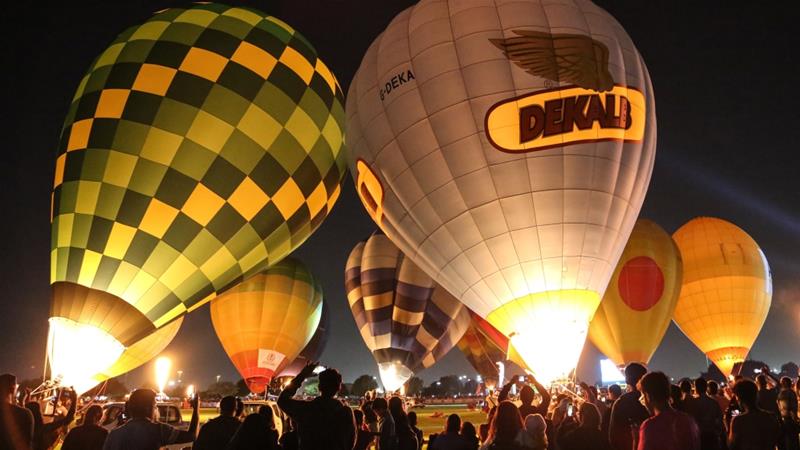 Doha, Qatar – Colourful balloons from around the world are set to adorn the skies of Qatar during the country’s first hot-air balloon festival.

The 12-day event kicked off just after sunset on Saturday with a dazzling display of a dozen inflated balloons tethered to the ground at Aspire Park in the capital, Doha.

“We were very popular with the balloonists around the world who registered to join the festival, and we have 33 balloons,” Maream al-Mousawi, the event organiser, told Al Jazeera. 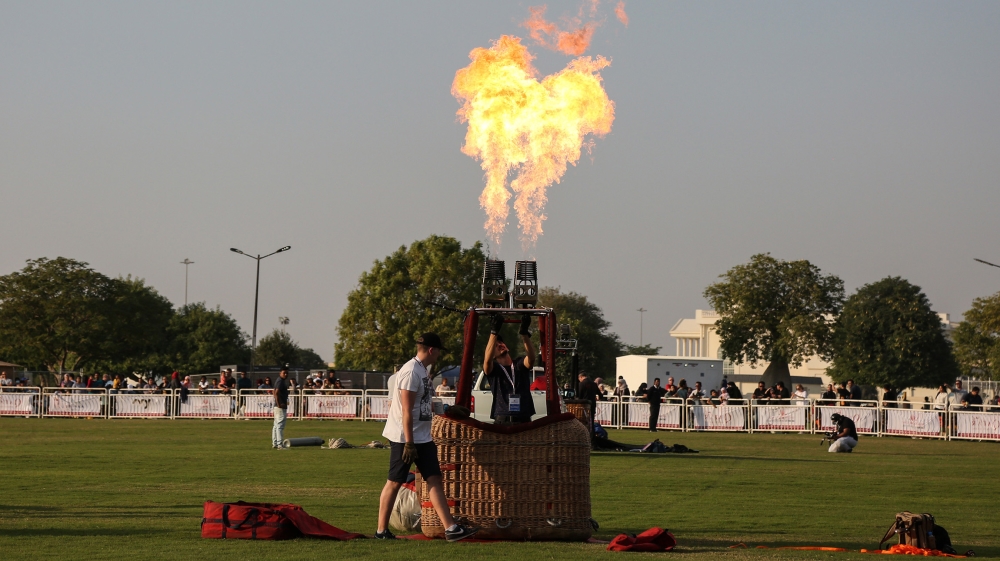 Starting on Sunday, two-member teams from 13 countries – including the United Kingdom, the United States, Qatar, Italy, Croatia, France, Lithuania, Spain and Belgium – will be taking off at sunrise and fly over Doha’s landscapes at a maximum height of 2,000 feet (610 metres).

Each flight will last up to an hour.

“We do free flights at sunrise – that is the best time to fly when it’s a hot climate because as the day goes on the sun heats the land and it generates thermals,” Ed Chapman, pilot for Asfary.com, Qatar’s first and only balloon operator, told Al Jazeera.

“The control we have is up and down and we go with the wind,” he said.

Foreign balloonists said they were looking forward to taking in the sights of the city from above.

“This is my first time in Qatar and I came here because I love to fly in different countries, especially in areas where I have never been before, so I hope this will be a very great experience,” said Hinnerk Roehrs, a 53-year-old pilot from Hannover, Germany. 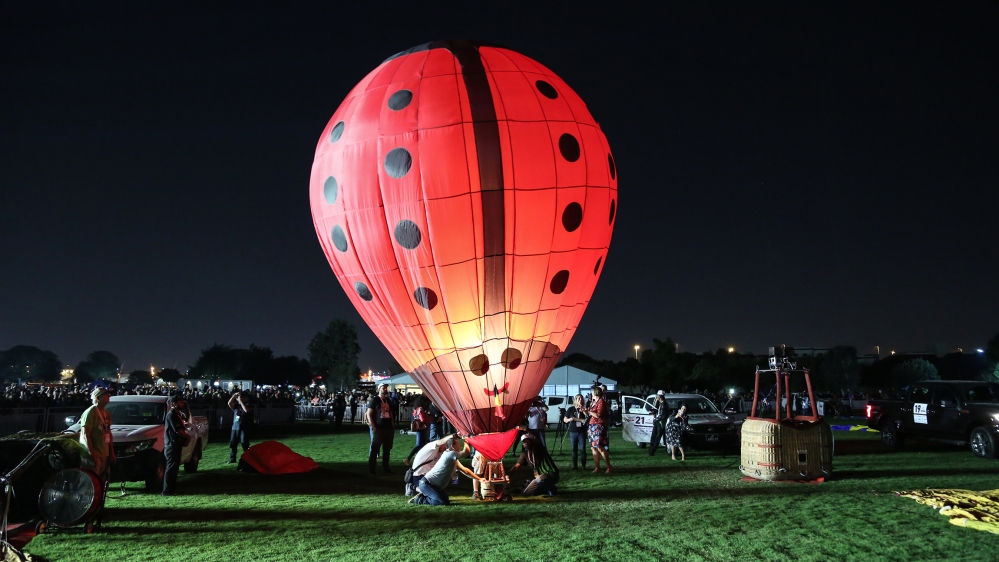 Jeff Ashworth, a pilot from Albuquerque, New Mexico, said: “We live in the high desert, about 5,000 feet, so it’s a different experience to be in this kind of desert than where we fly normally.”

Hundreds of spectators gathered at Aspire Park to see the balloons lined up and anchored to the ground, being inflated with fans, before flames of hot air were blasted from the burners.

“It looks great,” said Abdullah Faqeri, a 40-year-old Canadian resident of Doha, who brought his young son along.

“I never thought that it would be this big. I haven’t seen it before from up-close,” he told Al Jazeera. 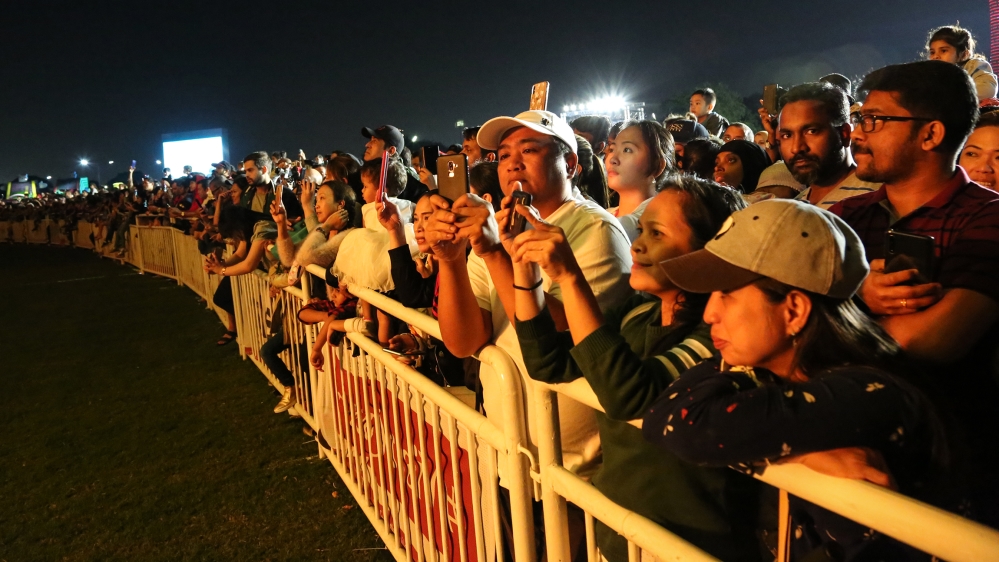 But many were disappointed to find out that the rides were not open to the public.

“For the first edition of this festival, it’s not [open to the public],” al-Mousawi, the organiser, said.

“It’s very new for Doha. Maybe for the next festivals, we will work on this to make it more accessible to the public.”

The event will end on December 18, Qatar’s National Day. Next year, the organisers aim to expand it by including 60 balloons.

The festival coincides with an action-packed month for the Gulf state, which is currently hosting the 24th Arabian Gulf Cup and is gearing up for the FIFA Club World Cup next week. 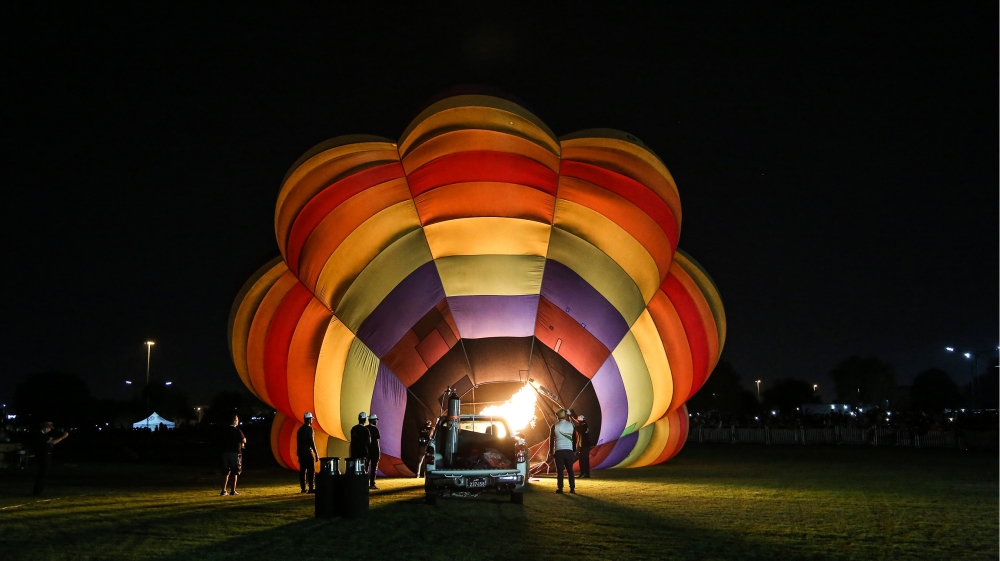